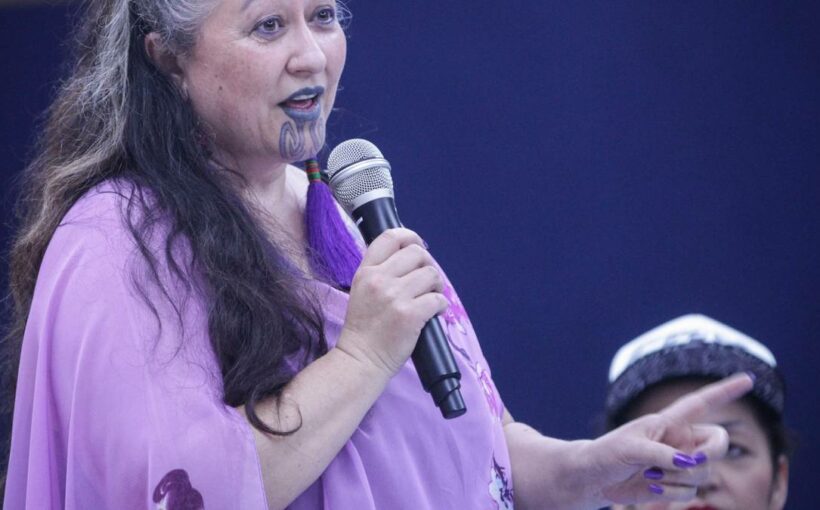 The Green Party’s new Covid-19 spokeswoman, Elizabeth Kerekere, says the vaccination rollout to children aged 5-11 should not repeat the mistakes of the adult rollout.

This time, she says, health authorities should be “absolutely” rethinking the rollout – and perhaps prioritising Māori this time.

“In every stage of this rollout, Māori leadership, Māori experts – their views have been listened to and largely discounted,” Kerekere said.

“These are our kids – we should have a major say in that.

“What is good for Māori children is going to be good for all children”.

Kerekere is taking over the role of Covid-19 spokeswoman from Julie Anne Genter, who left for maternity leave on Friday, and plans to be away from Parliament until April.

Kerekere wants to make a focus on the vaccination rollout to children a priority of her tenure in the portfolio.

“Pfizer has been approved in America for under 12s. We absolutely support it must go through our systems [Medsafe],” Kerekere said.

“We want to fast track, Medsafe is going [too slow],” she said.

“Currently we understand it’s not until the middle of next year – that is not soon enough.”

Genter said that while she had been in the portfolio the Greens had shifted from being supportive of the Government’s response to becoming more critical.

Genter was also Associate Health Minister in the previous parliamentary term, including the first wave of the pandemic.

“We were very supportive of the Government’s evidence-based response and they were motivated to ensure that all New Zealanders were looked after,” Genter said.

“I think we’ve seen a shift since the Delta outbreak in Auckland and the Greens have a very different approach – we don’t think it’s too late to take an approach that will ultimately be better for New Zealanders in the long term,” she said.

The current co-operation agreement with Labour means the Greens have no say over the Government’s health policy. Genter concedes the Covid-19 portfolio is mainly an opposition-type one, using written questions to critique the Government’s response.

There have been some policy wins – Genter said the Greens had advocated for better MIQ policies, although she conceded these were yet to solve the broader MIQ problem.

“The area where we’ve made the biggest difference is advocating to [Covid-19] Minister [Chris] Hipkins on changes to MIQ, to move towards a virtual lobby approach – which has not entirely solved the problem,” Genter said.

One of the biggest points of difference between the Greens and Labour is what to do about the Auckland border.

Next week, the Government will announce how it plans to allow Aucklanders to leave the city for Christmas, a policy which has hardened into something of a bottom line for Labour.

Kerekere is not sure it should be so arbitrary.

“We want to make sure that when Auckland moves, they do it when it’s safe. The percentage of vaccinations is just one factor that needs to be taken into account, total case numbers is another factor,” she said.

In the meantime, she said, the Government should look at “expanding compassionate grounds” to leave the city, like visiting sick whānau and “elders who need looking after”.

“I’m sorry, I don’t think people being able to go to their holiday homes is a good reason to relax our borders,” she said.

Genter made headlines before the birth of her first child, Joaquin, when she Instagrammed a photo of herself after cycling to the hospital to be put into induced labour.

Genter, one of Parliament’s fiercest cycling advocates, said she planned to either cycle or walk to hospital for this birth as well.

“I live very close to the hospital, and last time I went to be induced and if that happens again then almost certainly I will cycle because that’s the fastest, best way to get to the hospital.

“If I’m in labour, I might be getting my partner to cycle my cargo bike and I’ll sit in the front – I think that would be the most practical way to get there, way more practical than getting in a car, it literally takes the same amount of time – and there’s issues with parking at the hospital,” Genter said.