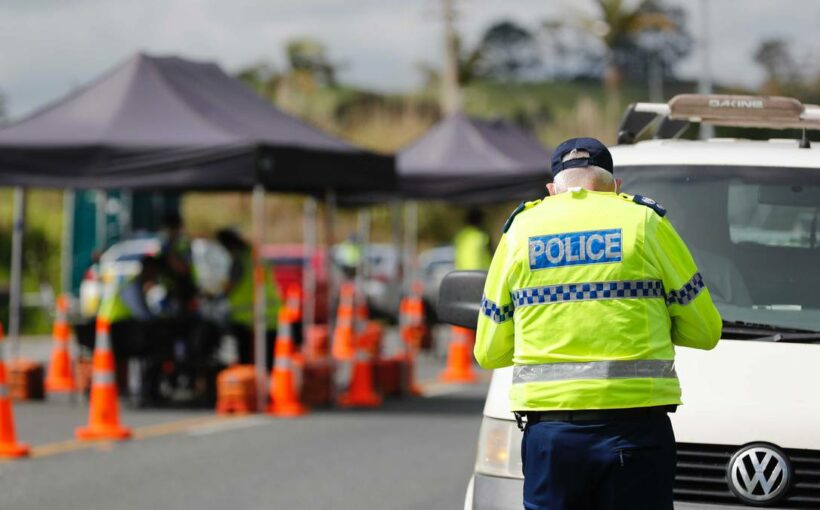 Covid-19 Response Minister Chris Hipkins told RNZ Checkpoint the Government is considering the option that Aucklanders have an allocated time slot to leave the region over the summer holidays.

The measure would reduce the risk of queues of traffic at the boundary checkpoints, as vaccination certificates are checked.

“It might be that people get allocated a time in which they can travel,” he said.

“We haven’t made that decision yet. It’s an option. We’re just working through what the practical options are to ensure that we don’t end up with people spending days sitting in their cars.

“What I’m foreshadowing is that we are considering … whether there are practical ways of helping to manage it.”

“My message is, for those that are wanting to travel out of Auckland, they should expect it will be a reasonably time-consuming process if they’re travelling via land.”

Earlier on Wednesday Prime Minister Jacinda Ardern said the Government was setting up a border control system that would allow vaccinated Aucklanders to leave the region for Christmas and summer.

Ardern said the border will stay in place, but suggested those who are vaccinated and test negative can be allowed to leave.

She told radio station ZM they are working out the logistics of having tens of thousands of cars needing to be checked at the boundary.

Ardern said this will apply at airports too, where it is easier to check vaccination status.

National’s Covid-19 spokesperson Chris Bishop told Checkpoint he thinks the potential time allocation for Aucklanders to leave the region in holidays is “the stupidest idea I’ve ever heard”.

“MIQ is bad enough, with the lottery of human misery for Kiwis to come home to their own country. The idea that Aucklanders will be allocated by the Government a week away or something, when I first saw it on Twitter … I actually had to reread it about three times. I couldn’t believe it.

“Our view is that to get to 85 per cent, obviously as high as possible, but 85 per cent, drop the restrictions, allow people to have a bit of freedom for Christmas.

“Obviously we would say right now vaccinated Aucklanders should be able to leave the Auckland prison that they’ve erected around Auckland.

“We don’t have vaccines certificates ready to go yet which is just unbelievable.”

Hipkins also said an announcement on primary schools returning will be made on Monday or Tuesday next week.

“We’ve foreshadowed that we’re considering potential reopening of primary schools on a limited basis from the 15th, but we’ve not made a final decision on that at this point.

“I met with the Auckland primary principals leaders earlier today to get their feedback on how they’re feeling about that. Fair to say they shared a mixed range of views about both the feasibility of having limited numbers back.

“We’ll discuss it again at Cabinet on Monday, then I think we’ll provide some clearer guidance at that point … Certainly early next week, Monday or Tuesday.”