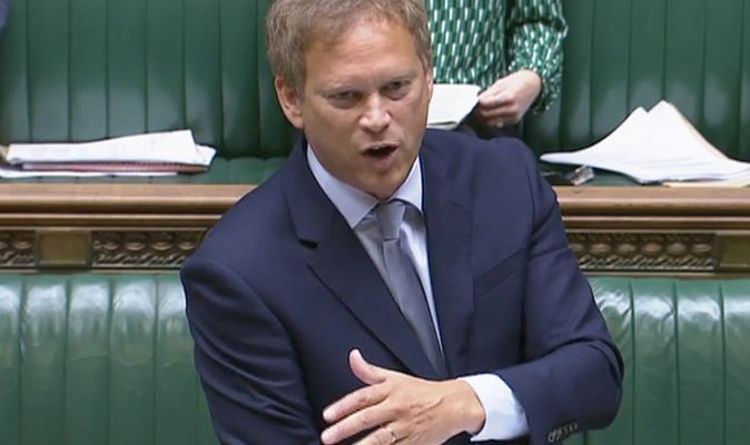 A national lorry driver shortage has impacted businesses across the country as they struggle with delays to stock deliveries. Supermarkets have warned of empty shelves due to the estimated 100,000 vacancies.

There are fears if the problem is not urgently fixed families will struggle to purchase gifts and festive foods come Christmas.

The problem is not unique to Britain with the United States and other European countries also managing truck driver shortages.

However, the SNP has repeatedly blamed Brexit for the shortage pointing out that prior to the pandemic, UK road transport businesses employed approximately 600,000 HGV drivers, of which 60,000 were EU nationals.

In the Commons today, the party’s Gavin Newlands, urged the Transport Secretary to alter its immigration rules for HGV drivers to fill the vacancies.

He said: “The penny has finally dropped for the first time the Government seem to finally understand the scale of the problem.

“Why – and I wrote to him about this in June – can he not convince the Home Office to put HGV drivers on a shortage occupation list for a temporary period?

Responding, Mr Shapps said it was time for the UK to move away from its reliance on the EU.

He said: “I hear his call for more immigration to resolve the problem.

“We do have to stand on our own two feet as the United Kingdom.

“There are a lot of people coming off furlough and I look forward to those people getting jobs.”

Mr Shapps had already updated MPs on his strategy to tackle the shortage of HGV drivers to help keep stocks moving.

Unveiling his three-point plan, he said: “First of all we’ve introduced a temporary relaxation on drivers’ hours, secondly we’ve introduced £7,000 funding for large goods vehicles for the apprenticeship programme, thirdly we’ve got an additional incentive payment of £3,000.”

The Transport Secretary also said he was speeding up the pace of testing in order to help more drivers qualify.

He said: “We’ve been working hard to free-up space at DVSA, the testing authority.

“We’re now tasing 50 percent more drivers than we did before the pandemic.”

Mr Newlands said he welcomed the measures being taken but warned “it’s nowhere near enough and will take at least two years to fill the gap if they test enough drivers”.

In the EU, there is currently estimated to be a shortfall of 400,000 HGV drivers.

Meanwhile, firms in the US want more visas for foreign drivers due to their own struggles.

Britain, the EU and the US were struggling with a shortage of HGV drivers years before the pandemic but Covid has exacerbated the situation.