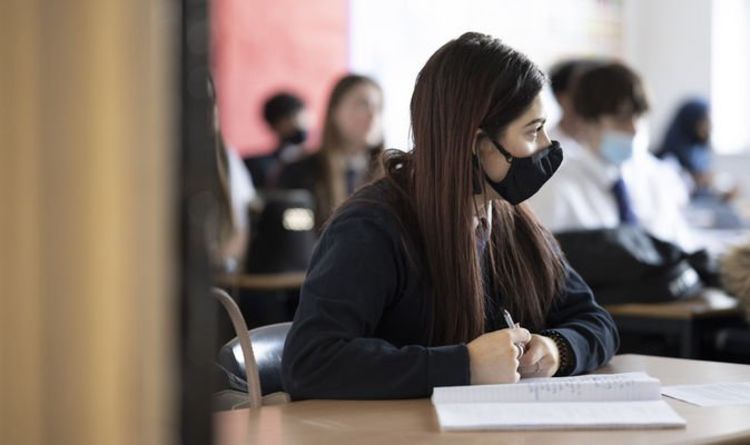 Boris Johnson announces plan for the reopening of schools

The Sunday Express has learnt that Boris Johnson is keen to start relaxing the rules at schools which have been criticised in some quarters as “child abuse.” The masks at schools rule was only in place until Easter when a review was set to take place over the holiday period. However, ministers have been pressured by teaching unions who have claimed that their members will be endangering their lives if masks are not worn at school even though all vulnerable people have now been offered the vaccine. A Downing Street source said: “We had hoped to have a decision by this weekend but it has been put back to Monday because of the teaching unions.

“We would like to start relaxing the rules, but as ever, we need to be guided by the science.”

But MPs, leading scientists and parents groups are pressing the government to start relaxing the rules.

Ipswich Conservative MP Tom Hunt, who sits on the education select committee admitted that he is conflicted about the issue but is concerned about GCSE and A-level students having to take masks while doing exams.

While formal A-level and GCSE exams have been cancelled, most schools are using what would have been mock exams as a way of judging what grade to give pupils.

There are fears that having to wear masks at the same time would make an already pressured situation worse.

Mr Hunt said: “I do think that mask wearing at schools needs to be looked at.

“I do have sympathy with teachers who feel they need the reassurance that masks at school brings especially if many of them have not yet been vaccinated. 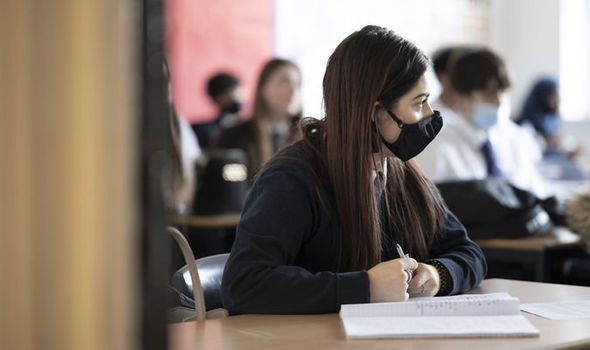 “But we must be guided by the science and with exams where children are spaced out anyway I do not see any reason why they should be forced to wear masks.”

Ellen Townsend, professor of psychology at the university of Nottingham, has warned that maks have a damaging impact on the mental health of teenagers.

She said: “Masks are dehumanising and a constant reminder to be afraid of others.

“That we are a danger to each other. Blanking out half of the face has a significant impact on communication and emotion perception.

“This is especially important for young people who have been starved of vital face to face contact with each other for the best part of a year.

“Face to face social interactions shape development from tots to teens. Young people need to socialise, play and have fun.

“A recovery based school curriculum should put social and emotional needs first to bolster mental health and well-being that will support effective learning. We need to put their needs first now.”

Government advisor Professor Dingwall, who sits on the Nervtag committee, has been a long term critic of mask wearing which he has branded “saloon bar science”. 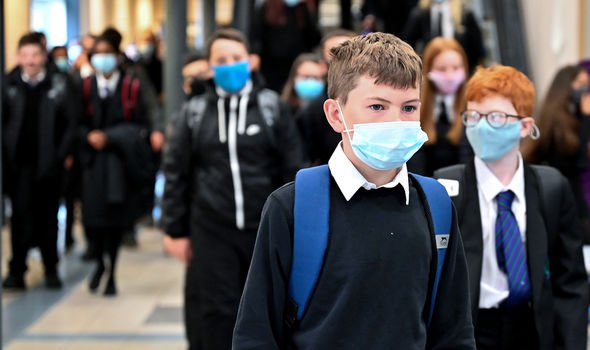 He said: “It has been clear for months that schools do not play a major role in spreading Covid infections.

“There is little spread between teachers and pupils in either direction and teachers are at much lower risk than many other groups of key workers.

“If anything, teachers seem to become infected in the community, to bring the infection into schools and to pass it around among themselves, and other members of staff.”

He went on: “There is also increasing evidence of the physical, psychological and educational harms caused to children by face coverings.

“The risk/benefit balance no longer justifies requiring pupils at any age to cover their faces in any school context. If schools are still concerned, the improving weather offers better risk mitigation options like opening windows or holding classes outside. We expect schools to care for the health and welfare of our children and grandchildren. Compulsory face coverings have no place in a caring school.”

The parents group Us For Them which was set up to get schools reopened during lockdown has also been very critical of mask wearing at schools. 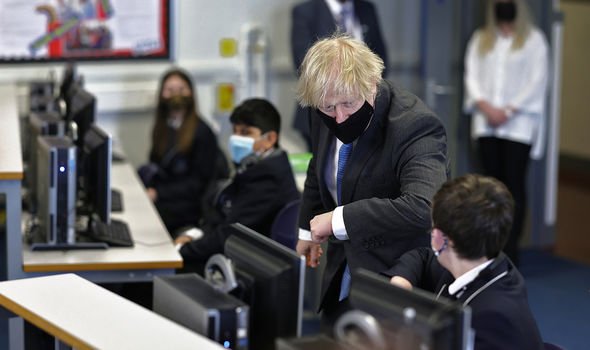 In an open letter the group noted: “Almost no studies have been done on any physical harms arising from masks.  It is known that masks increase the work of breathing.

“Masks improperly worn or worn for long periods are susceptible to bacterial and fungal contamination.

”We do know that children have suffered huge mental health impacts from lockdown and a recent Ofsted report has shown worrying increase in self harm.

“Non-verbal communication is such a vital part of human interaction and blocking facial expression will likely have both short and long-term implications for children’s development and their emotion regulation.

“The distress caused to an infant of only two minutes of interaction with an expressionless face (not dissimilar to a masked face) is demonstrated from the still-face experiment shown here. Facemasks impede interpretation of emotion and empathy.”

Despite the risk of harm to children from mask wearing teaching unions last week demanded that the rules are maintained arguing there is not enough evidence to stop their use.

Kevin Courtney, joint general secretary of the National Education Union (NEU), said: “We’re worried that with only two weeks’ data, or two and a bit weeks’ data, it’s not safe to make that decision right now and therefore to say remove them after Easter.”