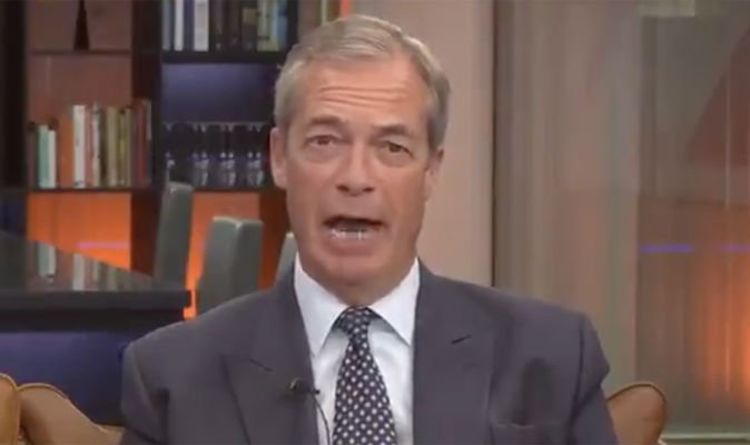 “You got the president you wanted.

“You didn’t like Donald Trump, he was too brass, too difficult.

“So you decided to run a campaign where instead of being critical and doing your job, you became champions for Joe Biden.”

Mr Farage continued: “With very little scrutiny, you put this man in the White House.

“He’s a disaster. The impact of his decision, the way he’s gone about this will be with us for many years to come.”

President Biden’s handling of the withdrawal from Afghanistan has led to a widespread backlash among his opponents.

Critics have singled out the US leader’s decision-making and the chaotic nature of the US withdrawal that left many civilians stranded.

Pen Farthing has 'got what he wanted' says Nigel Farage

An ISIS attack on the Kabul airport this week led to the death of at least 13 US service members and over 100 Afghans.

There may be more attacks to come before the deadline for the US to leave on Tuesday.

President Biden was warned by his national security team that “another terror attack in Kabul is likely,” according to White House press secretary Jen Psaki.

In the US, Republicans are vowing to hold President Biden accountable for the botched Afghanistan withdrawal.

Several Republican members have even begun to push for impeachment or resignations.

Despite the backlash, the US President has stood by his administration’s commitment to pull all US troops out of Afghanistan.

Speaking at the White House on Tuesday he said: “We are currently on a pace to finish by August 31.

“The sooner we can finish, the better. Each day of operations brings added risk to our troops.”