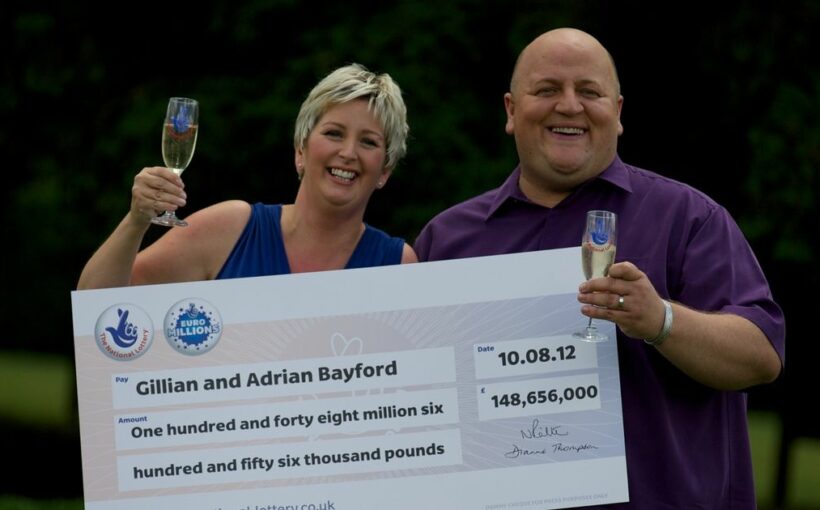 The son of lottery winners Adrian Bayford and his ex-wife Gillian is reportedly seriously injured after a devastating quad bike crash.

Pals of the 13-year-old claim he was accidentally hit by a car driven by his own sister, aged 15, in the huge land around Adrian’s mansion.

She raced to get help after her younger brother flew off the quad and into a fence, reports The Sun.

Both the car and quad bike were gifts bought by Adrian – who used to be a postman – after his enormous EuroMillions scoop.

A helicopter raced to the scene of the rural 148-acre Cambridgeshire estate, but authorities decided to use a road to take the boy to the local hospital.

He is now fighting for his life in intensive care with his family at his bedside.

A source told The Sun: “He’s fighting for his life. It’s touch and go. This is devastating for Adrian and the whole family.

“Adrian is a lovely bloke who cares dearly about his kids. They were having fun at home and a tragic accident happened.”

Since securing a whopping £148 million in the 2012 win, Adrian moved to the Grade II-listed £12 million mansion.

Meanwhile, his wife Gillian has remarried and moved to Scotland – but she rushed down from the country to support her son in hospital.

One family friend said: “He’s sedated right now and everyone is just out of their minds with worry.

“He’s in intensive care and he’s in a bad way.

“His sister is really shaken up by the whole thing. It’s a nightmare.”

Cops say the incident happened at around 3pm on Monday.

A police spokesman said: “We were called with reports that a car and a quad bike had collided on private land.

"The rider of the quad, a teenage boy, was taken to Addenbrooke’s Hospital in Cambridge with serious injuries.”

Stay in the loop with all the Daily Star's latest news by signing up to one of our newsletters here.