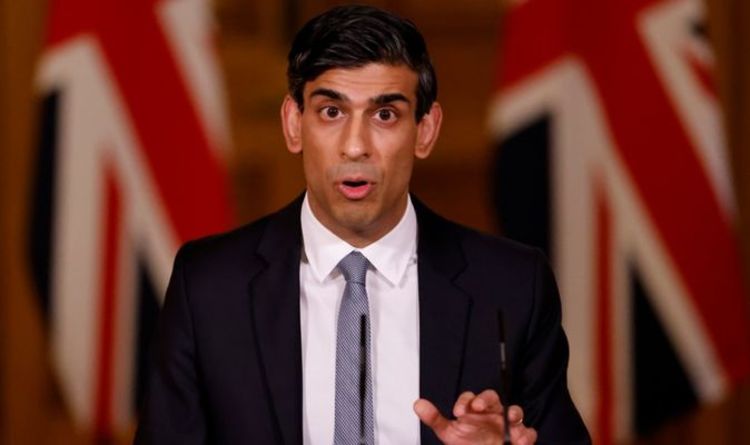 Rishi Sunak will ‘make himself available’ to be PM says expert

Rishi Suank, 41, is reported to have become increasingly “frustrated” with his next-door neighbour Boris Johnson, 57, and his “chaotic” operations inside Number 10. Mr Sunak, who was promoted to Chancellor of the Exchequer by the Prime Minister in February 2020, is said to believe there needs to be more professionalism following on from damaging Tory rebellions and Government U-turns.

Such concerns were further ramped up last week after Number 10 loosened its purse strings to announce a £96billion new investment in the integrated rail review at the expense of the eastern leg of HS2.

The Prime Minister’s woes even culminated with reports that up to a dozen Tory MPs handed in letters of no confidence to the chair of the 1922 Committee in a bid to oust Mr Johnson from the top job.

One ally of the Brexit-backing Chancellor told the Times: “Rishi is not confrontational but he takes things seriously.

“He goes through them logically and thinks things through. He’s frustrated with the operation in No 10.

The source close to Sunak pointed out how Cabinet Secretary Simon Case, 42, and the Prime Minister’s chief of staff Dan Rosenfield, 44, have also come under criticism.

The source said: “Case and Rosenfield act like starry-eyed junior researchers who are trying to make him [the Prime Minister] feel good.

“But it’s very difficult to challenge him when someone’s political star is based on being bumbling and chaotic.”

Another source added: “Rishi keeps being hit by the maelstrom of chaos next door. You can manage it in the short term but it becomes more difficult to stomach when there’s no signs it will change.”

But the MP for Richmond in Yorkshire has also faced a challenging week after it was alleged his chief of staff Liam Booth-Smith had briefed the BBC about how there was “a lot of concern in the building about the PM”.

Reports even suggest Cabinet Ministers are calling for Mr Booth-Smith to face the chop following the allegations.

One told the Sun: “The Chancellor’s team is out of control and Liam needs to be fired.”

While the Treasury denies such claims, the Times has revealed the Chancellor will need to protect his special adviser as senior figures inside Downing Street are “gunning for him”.

Mr Booth-Smith, who was appointed to his posts inside Boris Johnson’s Government by Vote Leave supremo Dominic Cummings, 50, previously worked for Number 10 and in the Housing Department.

Speaking about the Chancellor’s chief of staff, a Government source said: “Liam is shrewd and smart, he’s loyal to Number 10 and Number 11 but some people over there don’t understand that.”

They added: “Rishi is going to need to look after him. He’s one of the last remaining people with links to Cummings.”

Another source said: “I hope we’re not going to have a repeat of the Sajid situation.”

Sunak’s predecessor in Number 11, Sajid Javid, 51, resigned after he was pushed to sack all of his advisers and let Number 10 fill the vacancies.

Despite such concerns, other Government sources have suggested the Prime Minister is a fan of the Chancellor’s chief of staff.

One source said: “The PM rates Liam and likes him a lot.”

The Prime Minister’s Press Secretary added: “I’ve seen various anonymous source briefings that I’m not going to get into but the Prime Minister and the Chancellor and the entire Government is simply focused on getting on with delivering on people’s priorities.”

A similar statement was made by a source close to Sunak.

They said: “The Chancellor works closely with the Prime Minister and Number 10 and is focusing on delivering for the British people.”