Home » Politics » Harris, in Guatemala, tells potential migrants they will be turned back: 'Do not come' 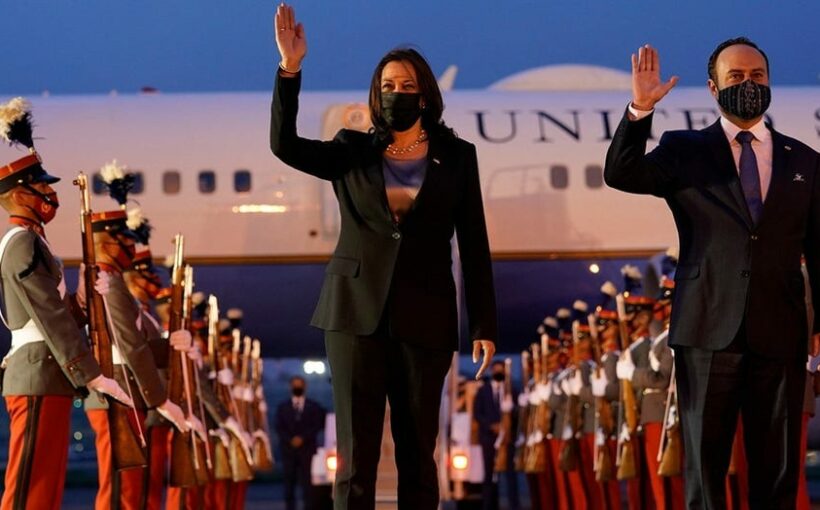 Vice President Kamala Harris, as part of her visit to Guatemala, on Monday told potential migrants that they should not travel to the U.S. Mexico border — claiming that they would be turned back if they did.

“I want to emphasize that the goal of our work is to help Guatemalans find hope at home, at the same time I want to be clear to folks in this region who are thinking about making the dangerous trek to the United States-Mexico border — do not come, do not come,” she said.

Harris made the remarks at a press conference alongside Guatemalan President Alejandro Giammattei as she visited the country in her first visit abroad since being appointed by President Biden to lead diplomatic efforts to the region to help solve the massive spike in migration to the border in recent months.

While Harris and the administration have emphasized “root causes” in Central America like poverty, climate and violence as the reason for the spike, Giammattei had also pointed to a change in message to migrants with the new administration.

“We asked the United States government to send more of a clear message to prevent more people from leaving,” he said.

Harris, on Monday, seemed to be attempting to make clear that message, and claimed that migrants would be turned back as she sought to present a tougher stance on illegal immigration.

“The United States will continue to enforce our laws and secure our border,” she said. “There are legal methods by which migration can and should occur but we, as one of our priorities, will discourage illegal migration and I believe if you come to our border you will be turned back.”

The Biden administration has rolled back a number of Trump-era policies which kept migrants out of the U.S., even as increasing numbers of migrants flooded to the border. Of those, the most significant was the Migrant Protection Protocols (MPP) — which kept migrants in Mexico as they awaited their hearings. The Biden administration has ended the program and has been processing migrants enrolled into the program into the U.S.

It has also ended a number of asylum cooperative agreements with countries like Guatemala which made migrants claim asylum in other countries first, and has been accused of encouraging migration by narrowing interior enforcement in the U.S., and pushing for a pathway to citizenship for illegal immigrants already in the U.S.

The administration has kept in place the Trump-era Title 42 public health order which allows migrants to be expelled quickly due to the COVID-19 pandemic, and officials said that out of the 178,000 migrants encountered at the border in April, 111,714 were expelled – mainly single adults.

However, the administration has not applied Title 42 to unaccompanied children, of which there were more than 13,000 that arrived at the border in April, and it is not returning migrant families with children under seven to Mexico due to the country’s refusal to take them — meaning that significant numbers of families are not being turned back, and are being released into the U.S. interior.

Along with the tougher line of illegal immigration, Harris continued to emphasize the “root cause” explanation for the migrant surge, speaking of U.S. investment in agribusiness, affordable housing and Guatemalan entrepreneurs. The U.S. recently announced $310 million in aid to the region, as part of a $4 billion planned investment in Central America.

She announced a young women’s empowerment initiative to increase education and employment among women and girls, as task forces to combat human trafficking, drug smuggling and corruption. She said she had had “frank’ discussions with the Guatemalans on the question of fighting corruption. 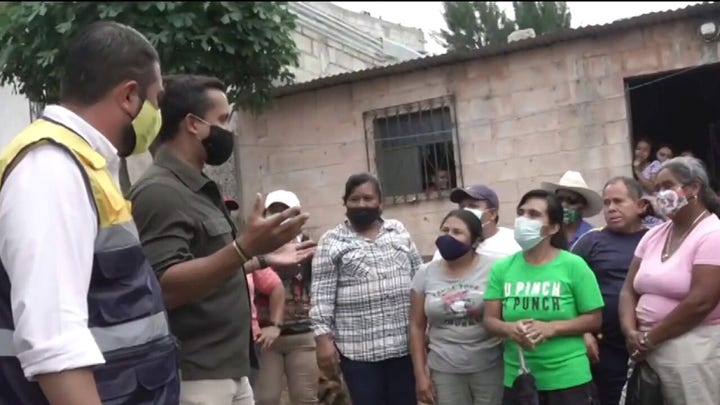 Harris has come under heavy criticism from Republicans for the way she has handled the role since being appointed to it 75 days ago. While the White House has emphasized she is not tasked with the border per se, Republicans have criticized her repeatedly for not having visited the border at all — with former Trump officials saying she needs to go to the border in order to be able to conduct the talks effectively.

“Kamala’s meetings in Mexico and Guatemala are about shifting blame away from the Biden administration, not solving the crisis she and Biden created,” he said.

Harris, however, brushed aside the criticism on Monday and dismissed a border visit as a “grand gesture.”

“The reason I am here in Guatemala as my first trip as vice president of the United States is because this is one of our highest priorities and I came here to be here on the ground, to speak with the leader of this nation around what we can do in a way that is significant, is tangible and has real results — and I will continue to be focused on that kind of work rather than grand gestures.”

Harris will travel from Guatemala to Mexico, where she will meet with Mexican President Andres Manuel Lopez Obrador.