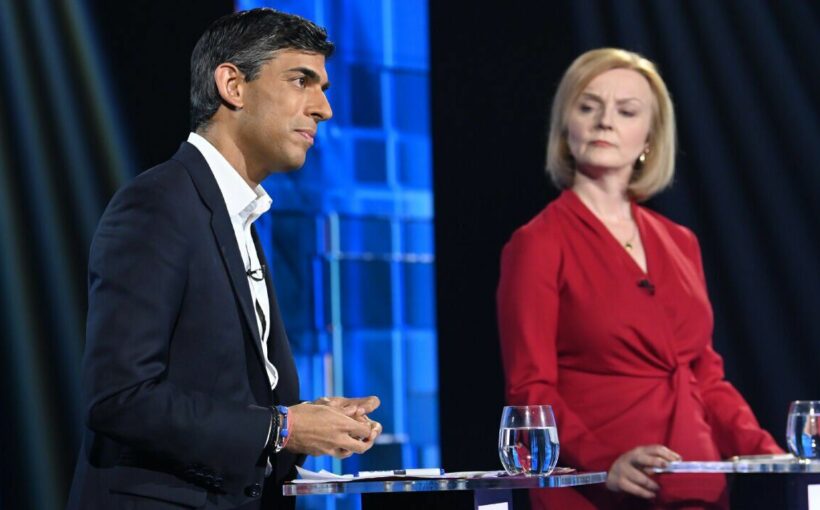 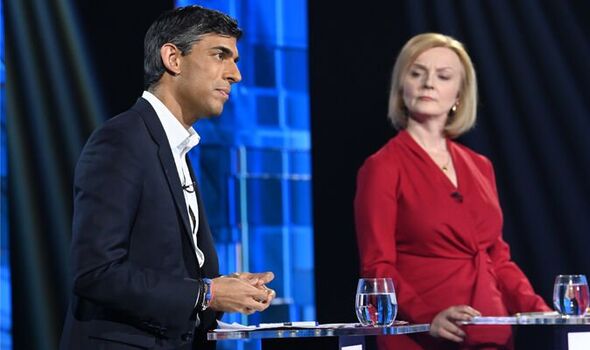 In an extraordinary showdown the former Chancellor also asked her which she regrets most – backing Remain or previously being a Liberal Democrat. Earlier Ms Mordaunt had pleaded for an end to “toxic politics” and for all the candidates to show integrity.

Taking to the front foot from the beginning of the ITV debate, Ms Truss said pointedly: “Rishi, you have raised taxes to the highest level in 70 years. That is not going to drive economic growth.

“You raised National Insurance even though people like me opposed it in Cabinet at the time, because we could have afforded to fund the NHS through general taxation.

“The fact is that raising taxes at this moment will choke off economic growth, it will prevent us getting the revenue we need to pay off the debt.”

But Mr Sunak retorted that the country had been through a once-in-a-century pandemic and there was a “cost to these things”.

He said: “I’d love to stand here and say ‘look, I’ll cut this tax, that tax and another tax and it will all be OK’. But you know what? It won’t.”

“There’s a cost to these things and the cost of higher inflation, higher mortgage rates, eroded savings.

“And you know what? This something-for-nothing economics isn’t Conservative. It’s Socialism.” 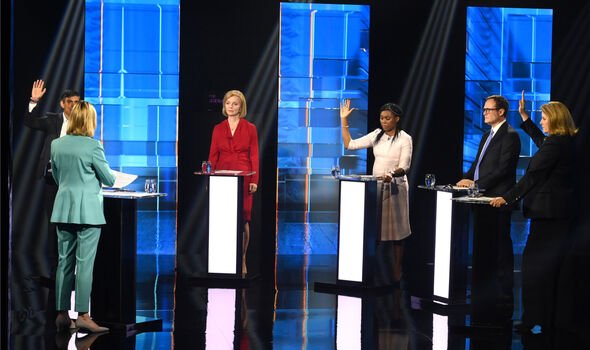 He added that leadership rival Ms Mordaunt was proposing to drop one of his fiscal rules against borrowing to fund day-to-day spending, saying “even Jeremy Corbyn didn’t suggest that we should go that far”. He added: “If we are not for sound money what is the point of the Conservative party?”

Both Mr Sunak and Ms Truss are clearly wary of each with a frantic three days of voting to go in the leadership contest before the final two candidates are reached.

The final two will be decided on Wednesday before a final ballot by party members later in the summer.

Ms Mordaunt in the final run-off.A survey by the influential ConservativeHome blog showed Ms Truss came out on top with 49 per cent when pitched against Mr Sunak, who had 42 per cent.

She also beat Ms Mordaunt by 48 per cent to 41 per cent when the pair were pitted together.

During last night’s debate, hosted by Julie Etchingham, Ms Truss admitted she was not the “slickest” of the candidates to be Tory leader and Prime Minister.

She told the ITV debate: “I’m somebody who says what I think, I’m honest, I was brought up in Yorkshire – I say what I mean and I mean what I say. I’m somebody that, when I promise to deliver something, I do deliver it.”

And in another swipe at Mr Sunak, she said that was “one of the reasons I was so concerned about us breaking our manifesto on National Insurance, because we committed to the British public that we would do it”. The Tories had promised in 2019 not to increase the tax.

Ms Truss added: “I might not be the slickest presenter on this stage, but I think my colleagues understand in Parliament when I work with them that when I say I’ll do something, I do it.”

A source said: “That opening exchange just shows Liz is the heavyweight rival to Rishi on the economy.

Sunak, and someone who can start delivering on day one, which is why we’re seeing Liz gather good momentum. The next election is about the economy and other candidates can’t really hold a flame to Liz on that.”

In a new feature of the debate the five contestants asked each other questions.

Earlier, Mr Sunak made an online attack on Ms Truss for backing Remain in 2016, describing how he defied warnings that his career would be over to support Brexit.

He has pledged that as Prime Minister he would scrap or overhaul all remaining EU laws.

A black and white video posted on Twitter said Mr Sunak “campaigned relentlessly” to cut ties with Brussels – and displayed an image of Ms Truss out banging the drum for keeping ties.

It ended with the voiceover pointedly tagging Mr Sunak as “a real Brexiteer from day one”.