Home » Politics » His economic agenda on the line, Biden prepares to fight for tax increases on the wealthy 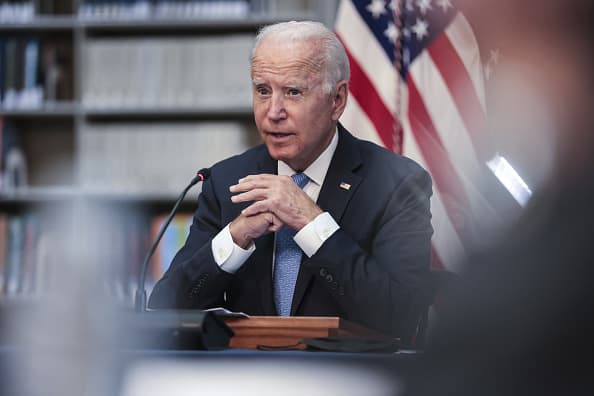 WASHINGTON – After a rough summer, President Joe Biden is getting ready to spend the autumn fighting for tax increases on the wealthy and corporations.

The surge of the Covid-19 delta variant, the U.S. withdrawal from Afghanistan, hurricanes, wildfires, evictions and inflation have all battered Biden's approval ratings and exhausted White House staff.

Now he will shift his attention back to passing a once-in-a-generation expansion of the social safety net and an infrastructure package.

Biden will speak Thursday at the White House about why Congress needs to raise taxes on the wealthiest Americans and corporations in order to fund his "Build Back Better" agenda.

"The President will lay out what's at stake in the fight to ensure that our economy delivers for middle class families, and not only for those at the top," said a White House official, speaking on background to preview the speech ahead of its delivery.

Biden will say America needs to "choose whether or not we're going to perpetuate an economy where the wealthiest taxpayers and biggest corporations get to play by a set of rules they've written for themselves while middle-class families aren't given a fair shot."

The president's speech comes just a day after the tax-writing House Ways and Means Committee voted to advance the tax portion of the social safety net bill.

The proposal also includes a 3% surcharge on individual income above $5 million and a capital gains tax of 25%.

The next step for the tax proposals is the House Budget Committee, which will consider them along with the other pieces of the eventual bill that have been passed by various committees.

The Ways and Means Committee vote was the first stride in a sprint towards a Sept. 27 deadline that House Democrats set for votes on both the $1 trillion Senate-passed infrastructure bill and the $3.5 trillion safety net bill.

Over the next 11 days, both House and Senate Democrats will need to write, vet and whip the biggest changes to federal benefits since the passage of Obamacare in 2010.

Central to this mammoth effort will be Biden himself, both as the leader of his party and as a skilled congressional negotiator in his own right.

Any doubt about how involved the president intends to be in the nitty gritty of the legislative battle were put to rest on Wednesday, when Biden hosted separate private meetings at the White House with the Senate's two most centrist Democrats, Arizona Sen. Krysten Sinema and West Virginia Sen. Joe Manchin.

Both Manchin and Sinema have both expressed skepticism about the size and scope of the social safety net bill. Specifically, Sinema has questioned the size of the bill and Manchin has expressed concerns over some of the tax hikes.

Biden will need the vote of every Democratic senator in order to pass the bill along party lines through the 50-50 split Senate, with a tie-breaking vote cast by Vice President Kamala Harris.

One factor working in Biden's favor so far is public opinion. Americans by-and-large support raising taxes on the wealthy and corporations in order to fund infrastructure and expand benefits for working families.

But the tax hikes face fierce opposition from business groups like the U.S. Chamber of Commerce and the Business Roundtable, which are prepared to spend millions of dollars fighting the hikes.

Already, cracks are appearing in some of Democrats' core proposals to raise enough revenue to expand benefits.

On Wednesday, a plan to give Medicare the power to negotiate prescription drug prices, and thereby save the government billions of dollars, failed to advance in the House Energy and Commerce Committee.

Three Democrats joined Republicans in voting against the measure, which the pharmaceutical industry vehemently opposed.