Home » Politics » ‘How devastated are you?’ Sadiq Khan slammed for ‘supporting police’ comment despite cuts 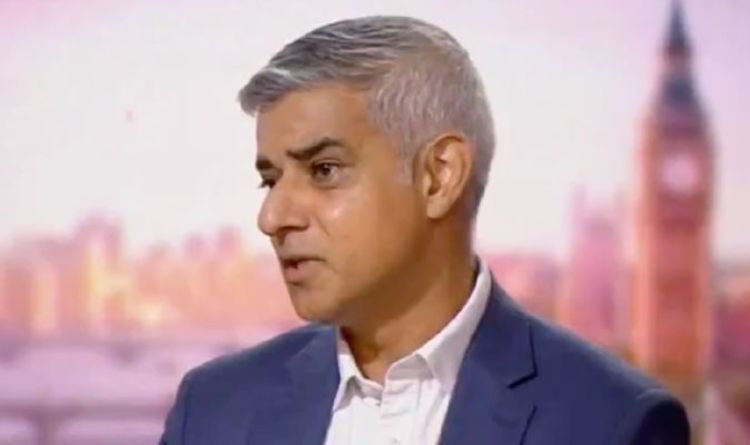 Sadiq Khan claims violent crime in London 'is going down'

The Mayor of London told the Andrew Marr show on Sunday how he is doing everything in his power to keep knife and gun crime rates down across the capital and that he is deeply concerned how the easing of restrictions will see a spike in youth violence. But some observers were quick to point out how Mr Khan’s claims of falling crime rates have been aided by the Coronavirus lockdown restrictions before stressing how between 2016 and 2020 Mr Khan closed an estimated 38 Police stations across London, according to Met Police figures.

“This is a big concern but commission and I share, as indeed do youth workers, teachers, parents, and Londoners across our city.

“We have been concerned for some time that with restrictions being lifted we would see an increase in violent crime.”

He added how the two “big things” City Hall is doing are supporting the police to suppress violence and supporting communities.

Mr Kahn went on to claim how he is funding “1,300” more Police officers.

His comment of Police support comes despite a Freedom of Information request sent to the Metropolitan Police in February 2020 which highlighted how between May 2016 and February 2020 Mr Khan shut 38 Police front desks following budget cuts from the government.

The Mayor also went on to stress how his office are throwing support behind community initiatives to give young people “constrictive things to do” as part of his attempts to keep crime rates down.

He said the strategy is about “being both tough on crime and tough on the causes” before insisting his strategy is “making progress” on the issue of crime amongst London’s youngsters.

Mr Khan claimed how crime and youth across the board, including those involving knives, guns, and burglary, are all down as he set about a defence of his record as Mayor of London.

But his comments sparked a backlash on Twitter with observers arguing Mr Khan’s comments do not add up with the reality of London’s crime landscape.

While @PatrickLillis2 slammed: “There is Nothing complex about crime @SadiqKhan… Exactly how devastated are you genuinely – not at all: fact.”

And @bottyy added: “Knife crime down gun crime burglary down – we’ve been locked for 18 months ffs.”

Metropolitan police figures from 2019 showed that “half of all knife crime offenders in London are teenagers or even younger children”, including 8 percent being aged just ten to fourteen.

While Office for National Statistics suggests that of the over 14,000 knife crime offences that occurred in the year ending September 2019, the perpetrators were “overwhelmingly young males with almost half aged 10 and 19”.

And shockingly, according to figures from the Millennium Cohort Study (MCS), an estimated 17,521 males in the UK are likely to report carrying a weapon or use one at the age of 14 alone.