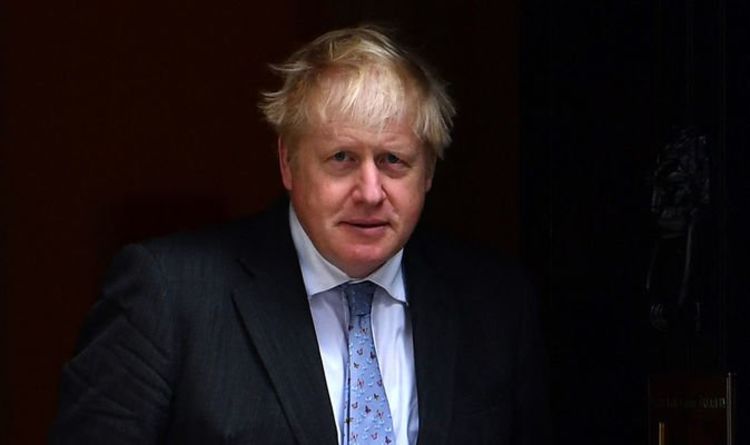 China and US relationship has 'frozen' with 'distrust' says expert

CHINA has applied to join the Comprehensive and Progressive Agreement for Trans-Pacific Partnership (CPTPP) in a move that could shift the goalposts on Boris Johnson’s post-Brexit trade plans. The move was officiated by the Chinese minister for commerce, Wang Wentao, in an official application request sent to New Zealand trade minister Damien O’Connor.

Prior to its existence, the pact was formally known as the Trans Pacific Partnership, or TPP.

But the withdrawal of the United States by former President Donald Trump saw the evolution of the partnership, of which the eleven signatories have combined economies representing 13.4 percent of global gross domestic product, at approximately US$13.5trillion, making the CPTPP one of the world’s largest free-trade areas by GDP.

A move into the deal will be seen as a major economic victory for China, who are already members of the Regional Comprehensive Economic Partnership, or RCEP, itself a trade deal that sees its 15 members account for 30 percent of the global GDP, covers a population of 2.2 billion people, and generates over $26 trillion in revenue.

The application may come as a major blow to Prime Minister Boris Johnson’s post-Brexit plans.

With the Government hoping to have secured a bespoke deal, the application by China to join may supersede any direct deals.

The UK has also voiced interest in joining the agreement, a plan that was initially invoked to counter Chinese dominance in the global economic field

Further afield, ties have soured between China other CPTPP members, most notably Australia who have entered into a trade war with the Chinese.

The notion that membership could re-engage Sino-Australian relations is one that Beijing may wish to pursue to recapture the Australian market, and may seek to reduce tension following Australia signing a nuclear defence agreement with the US and UK in the so-called AUKUS.

With the UK’s expression of interest being widely appreciated by the current members of the agreement, all focus will now be on whether the same reception is given to the Chinese.

If so, it will present the Prime Minister with a potentially complicated role in lobbying for new trade deals should the deal go ahead.