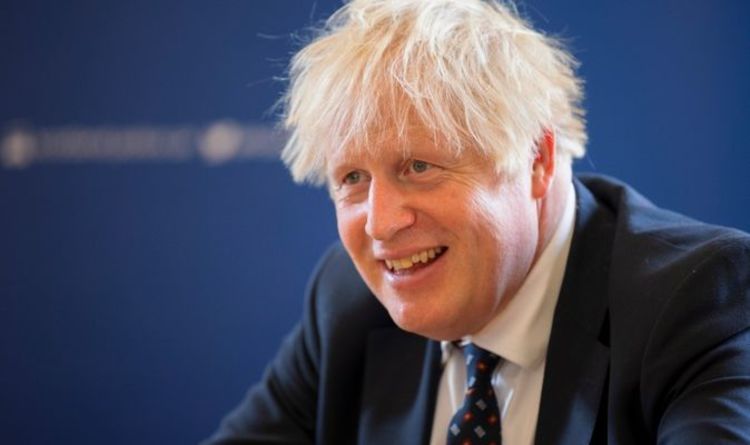 Boris Johnson discusses US relationship whilst sat with Joe Biden

The Prime Minister has spent the last few days in his birth city of New York and in the American capital, Washington DC, as he puts pressure on his UN counterparts to up their game on climate change. But Boris Johnson, 57, also took the time to chat with a US news network in a one-to-one interview.

Speaking to Savannah Guthrie from NBC, Mr Johnson was even asked how many children he has.

Ms Guthrie said: “Since you became Prime Minister you became a father again, you have a new baby, you are expecting another baby, you have six kids.”

Mr Johnson was then pushed on what it is like to bring up a child at Number 10, Mr Johnson added: “It’s fantastic.

“But I love it, I absolutely love it.

“I change a lot of nappies.”

Wilfred Lawrie Nicholas Johnson was born on April 29, just two weeks after his father was released from hospital after contracting COVID-19.

JUST IN: ‘A little worried’ Joe Biden joked his wife ‘spent too much damn time’ with Prince Harry

Mr and Mrs Johnson, who tied the knot at Westminster Cathedral earlier this year, are expecting their second child around Christmas time.

But Boris, who is 24-years-old than his third wife, already has five other children.

This includes four from his relationship with his second wife Marina Wheeler and another child with art consultant Helen Macintyre.

While it is not historically common for Prime Minister’s to raise children during their stint in Downing Street, two of Mr Johnson’s recent predecessors have bucked the trend.

The current Prime Minister has previously vowed to separate his personal life from his political life.

In the 2013 BBC documentary Boris Johnson: The Irresistible Rise, he said: “I don’t particularly want to get into stuff that is done-and-dusted and very largely concerns my private life.”

Six years later, during the 2019 general election campaign, the Conservative leader yet again opted to duck questions over the number of children he has, this time when they were posed by LBC presenter Nick Ferrari.