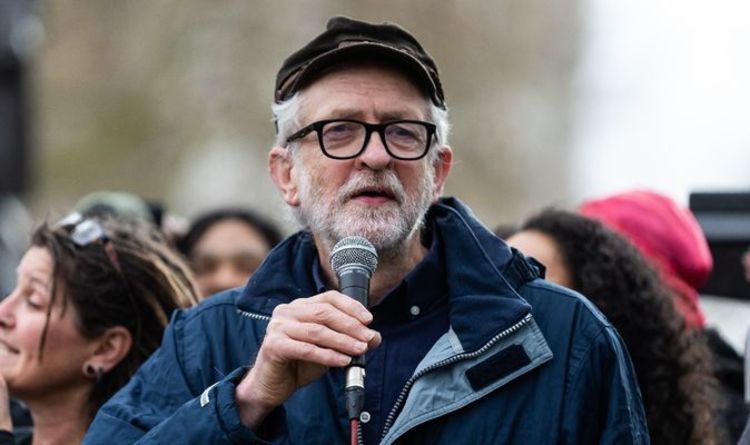 Former Labour Party leader Jeremy Corbyn has been branded a “spiritual” leader amid a new surge in support for leftwing ideas among young people. A recent poll by the Institute of Economic Affairs found 75% of young Britons think socialism is a “good idea.”  Discussing the results with Mike Graham on TalkRADIO, Dr Kristian Niemietz pointed to a resurgence in ‘Corbyn mania’ linked to the firebrand Islington MP.

“He is also one of the most common associations with the term socialism.

“Which shows you that this is really a continuation of this Corbynista movement.

“The Corbynmania that we saw break out in 2015 and then the Glastonbury chants.

JUST IN: Germany broke international law but was never punished

“It just shows he is now more of a spiritual leader.

“He may no longer technically be the Leader of the Opposition but he is a bit more like Kim Il-Sung is for North Korea.”

“So he could be the Islington Dalai Lama,” joked Graham.

“Let’s say a Dalai Lama combined with a Che Guevara.”

Host Graham had earlier blasted the findings of the poll which showed high support for socialism among young Britons.

He said: “I assume these are the same over-privileged middle-classes that sang Jeremy Corbyn’s name at Glastonbury.”

The commentator was outraged at the slapdown of young Britons’ views.

Jones penned on Twitter: “One of the biggest political narratives of our time is that younger people who mostly privately rent, are saddled with debt.

“Often in precarious and low-pad jobs – are all middle class.

“While older people – many of whom own their homes outright – are all working class.”