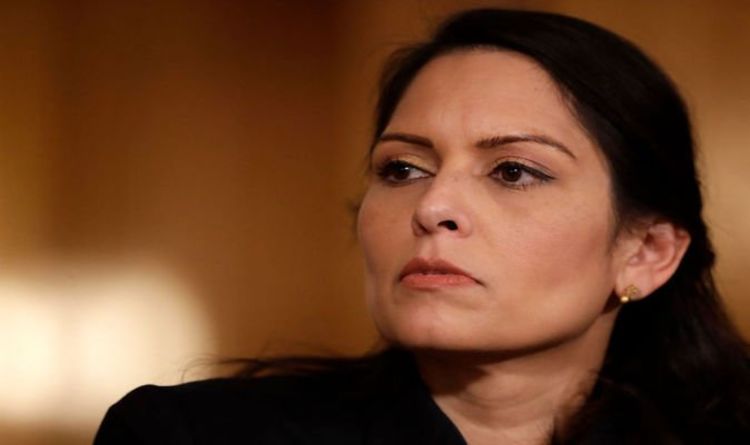 The new so-called ‘Nationality and Borders Bill’ would allow for migrants arriving in UK without permission to be sent off to the island which is over 7,000 km from the UK. It comes as the UK Government ramps up their response to immigration into the UK following an uptick in the past year which has seen migrants make life-threatening trips across the Channel. Ms Patel said there would now be criminal charges for migrants “knowingly” arriving in the UK without permission and tougher sentences levied on human traffickers.

In a statement, the Home Secretary said: “For too long, our broken asylum system has lined the pockets of the vile criminal gangs who cheat the system.

“This isn’t fair to the vulnerable people who need protection or the British public who pay for it.

“This legislation delivers on what the British people have voted for time and time again – for the UK to take full control of its borders.”

She added: “It paves the way for a fair but firm system that will break the business model of the gangs that facilitate dangerous and illegal journeys to the UK.

“While speeding up the removal of those with no right to be here.”

The sweeping new plans will see the removal of asylum seekers to offshore centres where they can be housed while their claims or appeals are being processed.

The Home Office said the bill will contain “the most radical changes to the broken asylum system in decades”.

If the laws are passed, the criminals behind people-smuggling, human trafficking, and those who provide trips accross the Channel could see much tougher sentencing including life imprisonment for their crimes.

But critics say new legislation could see thousands of refugees with valid and genuine reasons turned away from Britain and caged over 7,000 km away.

It comes as the British Government seek new ways to house asylum seekers who arrive in Britain.

The plans also outline other possible locations to process asylum claims such as disused ferries and abandoned oil rigs.

On top of the plans for asylum seekers themselves, Ms Patel also plans to hit back at the home countries where migrants have travelled from in a bid to get to the root of responsibility.

The plans seek to punish countries that refuse to take back their own citizens by adopting a new “power to control visa availability” for legal entrants to the UK.

Ascension Island, a British Overseas Territory, has a population of 806 and is located 800 miles from the nearest island of St Helena.

Record numbers of migrants have made the perilous journey in small boats so far this year, with nearly 6,000 reaching the UK in the first six months of 2021.