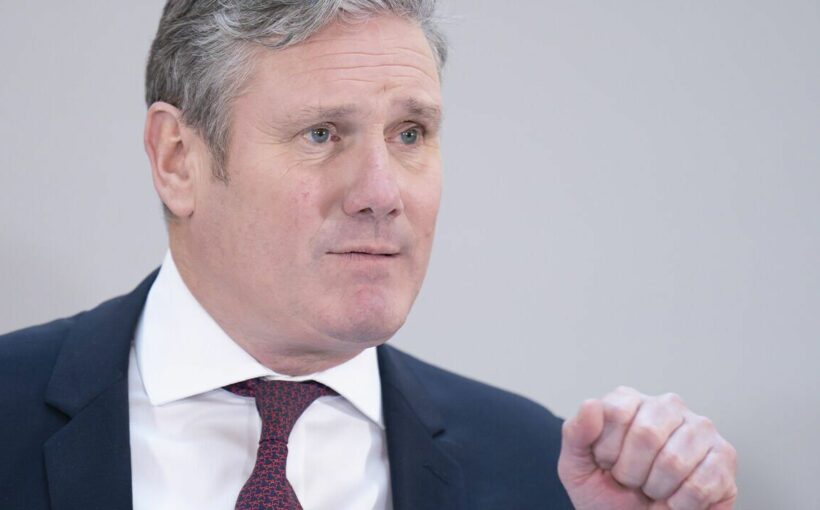 When are the train strikes and what impact will they have?

Labour has vowed to make it easier for workers to go on strike if Sir Keir Starmer wins the next general election. The party – which receives millions of pounds in funding from trade unions a year – said it would repeal the 2016 Trade Union Act if in power.

The legislation included several stipulations aimed at ensuring strike action was more legitimate and to give employers more time to prepare for industrial action.

Measures include requiring ballots on walkouts to have at least a 50 percent turnout in order for the result to be legally valid and for those working in public services to have an additional 40 percent support for striking among those eligible to vote.

Yesterday, Labour described the legislation as “archaic” and pledged to axe it if in Government.

They added other “unnecessary elements” of trade union legislation would be ripped.

Labour confirmed its plans as trade unions prepare to plunge Britain into chaos over the coming weeks.

Rail workers, ambulance drivers, border force staff and others are all set to walk out later this month.

They are demanding massive pay increases and improved working conditions.

No10 has warned the industrial action is set to cause “misery” for ordinary Britons up and down the country in the build-up to Christmas.

Reacting with fury last night to Labour’s plans to water down trade union laws, Conservative Party chairman Nadhim Zahawi said: “It beggars belief that Labour wants to relax laws to make it easier for their union paymasters to strike”.

He told The Telegraph: “The 2016 Trade Union Act introduced minimum turnout thresholds for strike action and Starmer’s plan to scrap it would be a green light for Labour’s militant union backers to hold the country to ransom.

“Once again Sir Keir reveals he thinks his bosses are the union barons and not the great British public.”

She urged the country to “pull together” in the face of ongoing strikes.

DON’T MISS
Nobody can find a house to live in but let’s focus on the hot Baroness [COMMENT]
POLL: Should the House of Lords be abolished? [POLL]
‘Never mind Lords reform, banning MPs 2nd jobs is a winner’ [COMMENT]

Asked if the country is on the verge of a general strike, Gillian Keegan told Sky News: “The reality is we have a number of people who are striking and it’s really disappointing.

“We have to pull together as a country.

“We’ve been through an awful lot.

“All we can do is try to react to them in a fair and balanced way.”