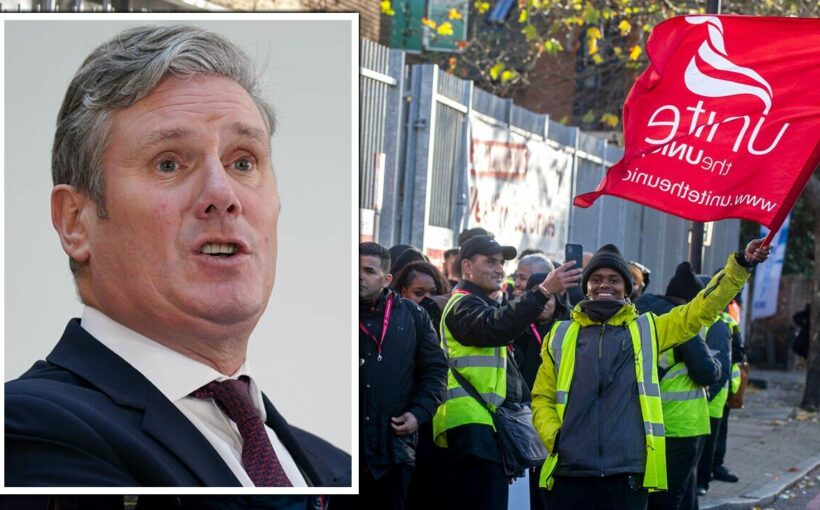 Labour’s biggest donor is being investigated by the police after “potential criminality” was uncovered. Two independent reports commissioned by Sharon Graham, the general secretary of Unite, have been handed over after finding “very serious concerns”.

The boss of the trade union authorised the probes after concerns of overcharging for large contracts.

A hotel and conference centre development paid for by the Union was initially given a budget of £7million but the final bill exceeded £100million.

The spending was described by a source to Sky News as “eye-watering”, adding: “There was pricing and overcharging that would make your eyes bleed.”

A spokesperson for Unite said: “The newly elected general secretary of Unite pledged to find out if there was any wrongdoing in the construction and spending related to the Birmingham Hotel and conference centre.

“True to her word, after her election, Sharon Graham, commissioned an independent QC (now KC) inquiry into the Birmingham development and later a separate inquiry and external forensic investigation into Unite’s affiliated service providers.

“Due to very serious concerns about potential criminality that have emerged, both these reports are now being shared with the police.

“The police have requested that Unite does not release the contents of the reports while they are conducting their inquiries. Whilst these are ongoing Unite will not be making any further comment.

“The general secretary is committed to doing all in her power to recoup any monies lost, by all means necessary and holding anyone responsible to account.

“It is clear this transparency would not have happened without the determination of the general secretary to ‘leave no stone unturned’ to get to the truth”.

Unite is already the subject of a fraud, bribery and money laundering investigation.

Earlier this year the union’s London headquarters were raided by police.