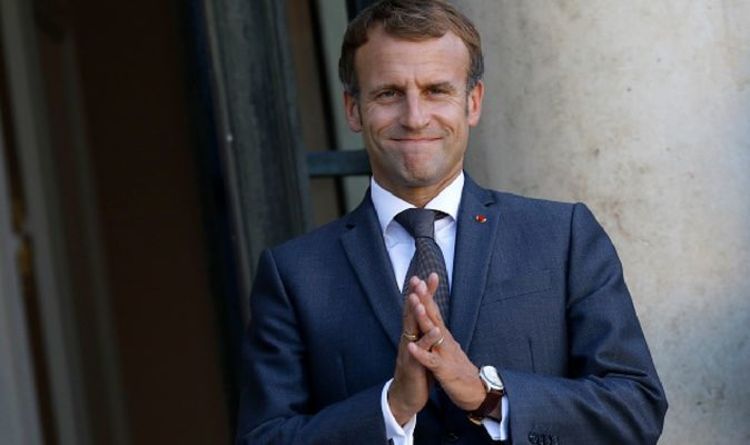 According to Politico, the French President will give a speech on December 1 to outline his priorities for the rotating EU Presidency from January. France, which will hold the rotating presidency of the Council of the EU in the first half of 2022, will take over from Slovenia. Mr Macron has already pledged to campaign for the worldwide abolition of the death penalty.

The French leader will also work with other member states towards a United Nations resolution requiring countries to report each year the number of death penalty sentences given and executions carried out.

France was the 35th country in the world to outlaw the death sentence. Further abolitions and moratoriums since then mean that most countries no longer use the punishment, although several large nations including China, Iran and the United States maintain it.

But the most important plan from Mr Macron’s list of priorities will remain Europe’s strategic autonomy and a push for an EU army to be created.

He will also push to advance the directive on the minimum wage in Europe, a strong initiative for an accelerated exit from pesticides, the tightening of the control of agricultural imports from the EU27 and the promotion of multiculturalism.

For the latter, Mr Macron intends to revive the declining use and visibility of the French language.

He plans to offer money for French classes to EU civil servants.

He vowed to even respond to letters arriving from the European Commission only if written in English.

“Even if we admit that English is a working language and it is commonly practiced, the basis to express oneself in French remains fully in place in the EU institutions,” said a senior French diplomat.

“We must enrich it, and make it live again so that the French language truly regains ground, and above that, the taste and pride of multilingualism.

“There will be more visibility with the French presidency, so we will intensify our work.”

English has been an official language of the EU since 1973.

There were rumours that the language would be dropped after Brexit.

In December last year, an article in the New European suggested that English would be downgraded from an official language to a “working language”.

EU sources have denied these claims.

The bloc’s official website still states that “even after the withdrawal of the United Kingdom from the EU, English remains one of the official languages of Ireland and Malta”.

But, unsurprisingly, some figures are frustrated by the language’s maintained status.

Julien Aubert, a French politician serving as a member of the National Assembly, is quoted in The Local FR as saying: “The withdrawal of the UK from the EU has had a number of consequences for how EU institutions organise their work and exchanges.

“English is now the mother tongue of just one percent of the population of the EU, while French is the second language of many members and is the most-practised foreign language, after English.”

And earlier this year, Politico reported that European Affairs Minister Clement Beaune said the EU should stop speaking “a type of broken English” following on from Brexit.

“Let’s get used to speaking our languages again!”

He insisted that this is not a “rearguard action or the fight of one single country”.

“It is, truly, a fight for European linguistic diversity.”