Home » Politics » Meet the Minister: Priyanca Radhakrishnan on why she moved to Palmerston North 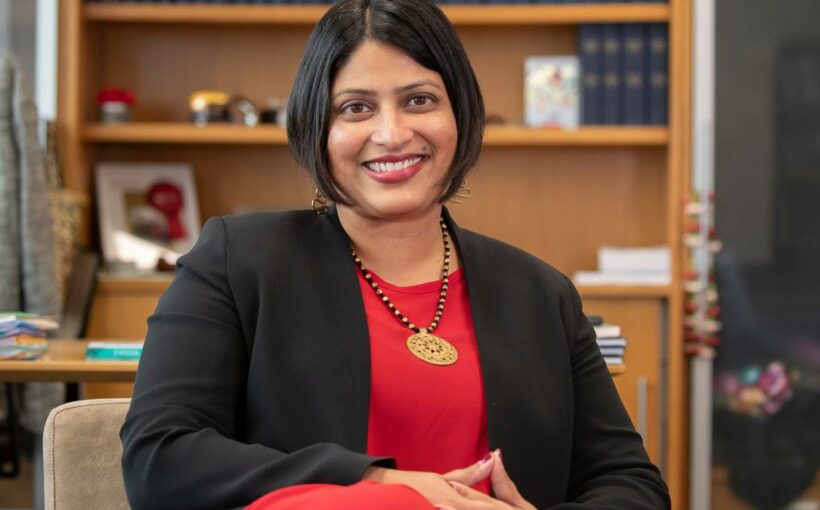 Q: What is your work history?
A: I’ve spent most of my working life prior to Parliament in the violence-prevention space, largely in the NGO sector, but also as a policy analyst with the Ministry for Women.

I spent a few years working with Phil Goff, the Mayor of Auckland, as his policy adviser as well when he was a spokesperson for ethnic communities.

Q: What’s an example of something you are proud of before you became a politician?
A: I think I’d have to say, just working with a refugee organisation. I worked with Shakti, which is a refugee organisation that supports women of Asian, African, Middle Eastern origin who are survivors of violence. I worked with a team to start the first ethnic women’s refuge in the Bay of Plenty with them.

That time of my life has probably shaped a lot of my decisions going forward. I’m pretty proud of some of the work that we did collectively both to support women in some pretty traumatic times in their lives, but also using the collective experiences of the women who came to us to lobby successive governments for change.

Q: How did that specifically shape what you did next?
A: It led me, in a slightly convoluted way, to decide to stand for Parliament in the first place. Part of my role, as I said, was to lobby government for change. One of the areas I did that in was around forced marriage.

I also did my master’s thesis on that subject because we didn’t have any research that was New Zealand-based on the issue, as it presents here. And so that meant every time we worked with a young woman who was being forced into marriage or had been, we had to start from ground zero, explaining what it was, how it’s different from an arranged marriage, so that agencies could do a proper risk assessment.

That was incredibly important. I presented to the Justice Select Committee at the time on the issue pushing for law change.

And so to cut a very long story short, I got to a point where someone suggested to me – someone who had been a former senior Cabinet minister – suggested to me that I’d worked for so long in the NGO sector knocking on the door for change, why didn’t I consider being at the table?

And that I’d never really thought about Parliament until that time. And that made a lot of sense to me. So it’s quite instrumental in me being where I am today, I feel.

Q: Who suggested that to you?
A: Pete Hodgson.

Q: Did you work while you were a student?
A: In Singapore, where I grew up, I worked as a waitress – I’d always wanted to be a waitress – in a Mediterranean restaurant that was at the time one of the best there.

I have a lot of respect for people who serve others in any capacity because you’re on your feet for so long. It’s a lot tougher than it looks.

Here in New Zealand I worked as the Lotto girl at Pak’n’Save in Palmerston North when I was at uni.

Q:Can you talk about your upbringing?
A: I was born in India and moved to Singapore when I was 3-months-old. So that was my first migration experience – I don’t remember much of it. But my parents were working in Singapore at the time. Growing up in Singapore was good. It was really good because Singapore is such a safe place, it’s clean, things work like clockwork.

My parents were the quintessential hard-working migrants that moved from India to Singapore to give us a better life. My dad’s a civil engineer, my mum was a psychologist. We never were rich, but we never went without.

I have fond memories of growing up – I was always a drama girl, theatre was my thing right through school.

I moved to New Zealand to get out of my comfort zone and just to do something different – to move to a country where I didn’t know anyone and chart my own course.

New Zealand ticked a lot of boxes at the time. I’d worked in the women’s rights space all my life. The fact that women won the right to vote, the first in the Western world in New Zealand, was a draw card for me. And like many others before me, I watched The Lord of the Rings.

I discovered that I love the cold. Yeah. So now when I look back I wonder how I survived in 30-odd degree heat for most of my life.

Q: Is there someone you admire from another political party and why?
A: I’d probably pick James Shaw. He’s good at what he does, he works hard, he’s nice to people.

One bill that I had was actually Carol Beaumont’s bill, the former Labour MP based in Maungakiekie, and it was around in interest cap for loan sharks – responsible lending, basically. That was incorporated into Kris Faafoi’s work in that space, further down the track.

The other one I had was around safe zones around abortion clinics and creating them [to help] women who choose to access these services and are terrorised, or there are consequences for them being harassed. And that was withdrawn and incorporated into the abortion law reform work that was done, but was then sort of watered down at the end of the day.

So now it’s back in the ballot in a slightly different form and it’s Louisa Wall’s bill.

Q: What portfolios do you have, how will you measure success in them and what are their most pressing issues?
A: I’m the Minister for the Community and Voluntary Sector, Youth and Diversity, Inclusion and Ethnic Communities and the Associate Minister of Social Development and Employment.

They’re portfolios I’m really excited about, I have to say.

The community and voluntary sector is the sector that I’ve come from, largely, and I’ve done a fair bit of work in the others as well.

The most pressing issue, I’d have to say is Covid. Covid has had an impact on virtually all of those areas. Part of my delegations, under the associate MSD role, is family violence.

I’ve seen throughout the course of this year how our community organisations really stepped up, the resilience that they showed and just the work they’ve done to support those who needed that extra bit of support when Covid hit.

So that would be an ongoing issue, the impact it’s had on youth and issues around youth vulnerability, homelessness, and so on and so forth.

And the same with ethnic communities as well. There was a real focus by our Government to ensure that government messages, for example, were translated into a variety of languages so that everyone could access the information they needed to keep safe.

The other one that I’d point to is within the diversity inclusion in the community space, particularly with the Royal Commission of Inquiry into the Christchurch mosque attacks – the report that’s just been released.

Some of the opportunities that have come out of that horrific attack is for us to be able to do better across the board.

But particularly in the area of social cohesion and ensuring that regardless of who you are or the fact that you may also speak a different language, or speak English with a different accent, or dress in a way that identifies your faith, that you must be able to feel that you truly belong as a New Zealander, and that you’re able to participate fully in society.

Q: How did you vote in each of the referendums?
A: I voted ‘yes’ for both.

And I voted for cannabis from a harm-reduction point of view. I don’t believe prohibition works. I think if we’re going to be able to minimise harm and regulate it, it needs to be legalised.

Q: What is your favourite beach and why?
A: Can I say the Onehunga Bay Reserve? It’s peaceful, it’s where lots of people walk their dogs – I have two dogs – it’s lovely.

They’re two rescue dogs. Gypsy is a lab-collie cross from the Masterton SPCA. She’s ruled by her stomach and she’s very clever about it. And the other one, Mika, is a brindle mix of a whole bunch of breeds. She’s terrified of fireworks.

Q: What was your best overseas holiday?
A: Rarotonga.

I wasn’t quite sure what to expect because most of my holidays before have been places where you can go and do some retail therapy, go to restaurants and all of that.

And this was probably the first time that I lay on the beach, went for swims, read a book and just really relaxed – it’s just such a conducive place to be able to do that. It’s beautiful, the people were so friendly and I came back feeling recharged.

Q: What movies or books would you like to finish over the weekend?
A: I’ve got quite a few on my bookshelf that I haven’t read. But I’ve also got [Massey University professor] Paul Spoonley’s new book called The New New Zealand, which is about demographic change and population policy.

Q: That’s a workbook – surely you’ve got another?
A: It’s an area that I’m passionate about. But I’ve also had The Luminaries on my shelf for a while.

If you could take an actor to dinner, who would it be and where would you take them?
A: I think I would take Tom Sainsbury. And it would depend on when we go to dinner.

It’s getting very specific but if it’s on a Thursday or Friday or a weekend it will be Satya Chai Lounge in Sandringham because it’s got really good food and it’s got such a cool vibe.

If it’s earlier in the week it would be Everybody Eats.

Q: KFC or Maccas?
A: KFC because it’s good
Q: Sav or chardonnay?
A: Pinot Gris
Q: Long black or flat white?
A: Flat white
Q: Tramping or skiing?
A: Tramping
Q: Cat or dog?
A: Dog
Q: Tennis or cricket?
A: Cricket