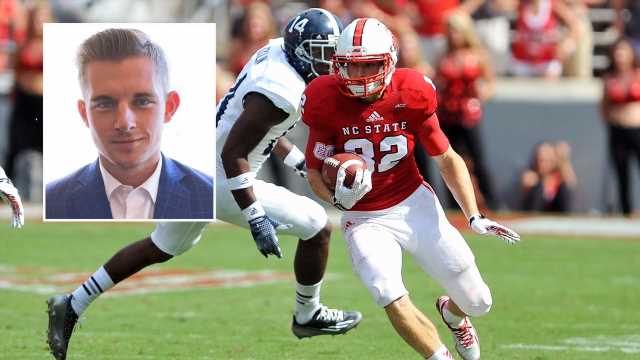 “The American people are fed up with entrenchment. They’re fed up with people going to Washington and staying there for decades,” Hines told Fox News.

“We’ve had these politicians promising our parents their kids would be taken care of for decades… Guess what? The kids of the parents they were promising those initiatives to are now in a position to run for Congress. It’s time for us to step up and see what we can do.” 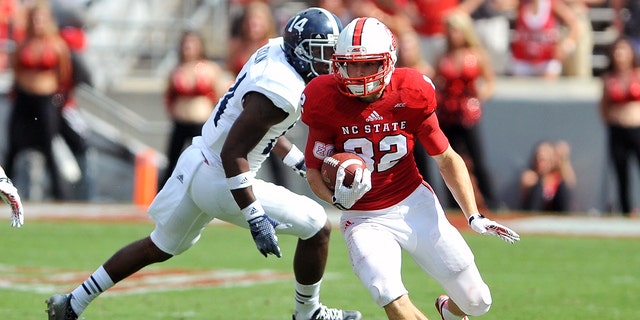 Bo Hines #82 of the North Carolina State Wolfpack runs with the ball against Tay Hicklin #14 of the Georgia Southern Eagles at Carter-Finley Stadium on Aug. 30, 2014 in Raleigh, N.C. (Lance King/Getty Images)

Hines is a former wide receiver at North Carolina State University who cut short his football career and transferred to Yale University after developing shoulder problems. He said he’s driven nearly 5,500 miles to meet with constituents one-on-one as part of his strategy to gain support. He’s currently living east of the district in Forsyth County while he finishes up his final year of law school at Wake Forest University.

Hines said football has helped prepare him for a possible future in Congress.

PENCE WILL BE ‘VERY ACTIVE’ IN 2022 ELECTIONS AMID NEW PARTNERSHIPS WITH CONSERVATIVE GROUPS: EX-VP’S ADVISER

“There’s no better way to teach yourself how to fall down and get back up” than dropping a ball in a stadium packed with thousands of people, he said.

Hines describes himself as a traditional pro-life, pro-Second Amendment conservative but said he has some differences with Foxx he plans to hammer.

“My constituents are worried about tech censorship,” Hines said. “That’s something I don’t think Congresswoman Foxx has hit on much. … We have a very America First agenda. We’re going to press that hard. I think the American people understand capitalism is the best way to grow the economy … but also want fair trade.” 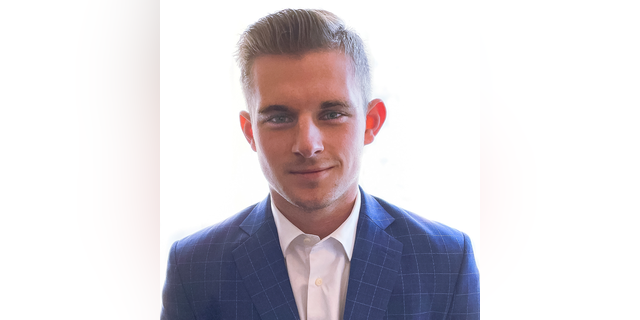 Hines also wants term limits, something that a few members of Congress, like Sen. Ted Cruz, R-Texas, have harped on to no avail.

Hines said he grew up in a family of entrepreneurs and saw firsthand how government policies can impact small business owners.

“We have declining populations in many of the counties in NC-5 attributed to manufacturing flight over the last several years,” he said. “There need to be a lot of policies working on incentivizing local business owners to invest back in the areas they live in, where they operate.”

Foxx responded to news of Hines’ candidacy by touting her years of experience.

“Folks all across western North Carolina know me very well. They know my tireless work ethic and my dedication to conservative ideas. I am proud of my reputation as a problem-solver who listens to constituents and serves to represent their interests alone,” Foxx told Fox News in a statement. “I’m honored to serve the people of North Carolina’s 5th Congressional District and I am looking forward to running again in 2022 against anyone who may toss a hat in the ring.” 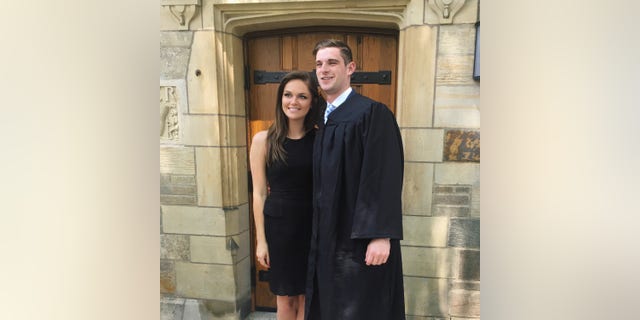 Chris Cooper, professor of political science and public affairs at Western Carolina University, told Fox News that Hines will face an uphill battle against Foxx, who has a reputation as “a steady conservative influence in Congress.”

“I don’t think her loyalty to [Trump] has ever been questioned,” Cooper said.

Cooper pointed out that the 5th District will undergo redistricting this year, meaning some of Hines’ work meeting with voters could be in vain if they are shifted to another district.

Cooper compared Hines to Rep. Madison Cawthorn, R-N.C., the youngest member of Congress ever, who was sworn in to represent North Carolina’s 11th District in 2020.

“Clearly [Hines] wants to capitalize on the vein that Cawthorn has created and to argue that the Republican Party can be the party of young people,” Cooper said. “The difference, of course, is that Madison Cawthorn ran in open seat election. … Hines is running against an entrenched incumbent.”