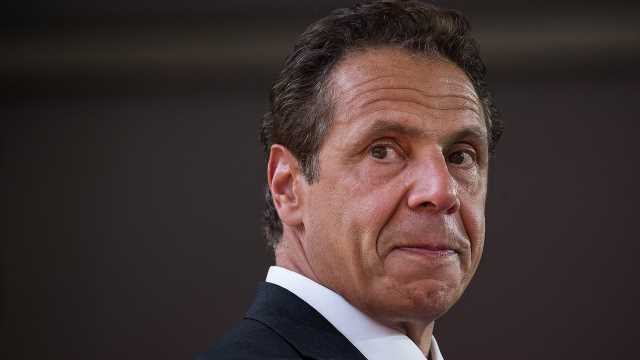 “I don’t know how close we are to impeachment, but, what we are calling for is an impeachment commission, a bipartisan commission made up of eight members – four Republicans, four Democrats – to investigate if there were any crimes committed by the governor with his cover-up of the nursing home deaths in New York State,” Assemblyman Will Barclay told “The Faulkner Focus” on Friday.

Barclay said the bipartisan impeachment commission would have “60 days to investigate and then give the report to the state legislature.”

“And if there’s something there, the assembly can move for articles of impeachment. All you need is a majority vote to do that. And then it would go to the Senate or a trial where they would need a two-thirds vote,” Barclay said.

CUOMO SLAMMED BY EX-DEMOCRAT LAWMAKER: NEW YORKERS FINDING OUT ‘THEIR GOVERNOR IS A FRAUD’

Meanwhile, an Albany-based watchdog group says that New York Gov. Andrew Cuomo’s nursing home directive was likely responsible for more than 1,000 additional resident deaths during the coronavirus pandemic, despite numerous denials by the administration that their order was heavily to blame.

Cuomo’s office has been silent on the contents of the report released by the nonprofit Empire Center for Public Policy on Thursday and reviewed by Fox News, which relies on the information provided to them by the New York State Department of Health (DOH). The governor is facing intense backlash over the scandal, including a federal probe into his administration’s handling of the crisis.

The focus on Cuomo comes as liberal CNN and the governor’s brother, host Chris Cuomo, have given the Democrat’s controversies little to no airtime. Previously, the network gave Chris Cuomo free rein to conduct friendly, comical interviews with the governor, who wrote a book about successfully handling the pandemic in the middle of the pandemic.

The watchdog group’s analysis, which compared the death rates at facilities that admitted COVID-19 patients discharged from hospitals to the rates at others that didn’t, suggests the controversial mandate by Cuomo is “associated with” more than one in six of 5,780 nursing deaths statewide between late March and early May.

Barclay said that there is “enough evidence to begin the impeachment process.”

“Obviously, you have the Eastern District of New York U.S. attorney looking into this. We have the FBI looking into it. And there’s no reason that the state legislature can’t also begin to look into this.”