Home » Politics » Progressives Worry Their Priorities Will Be Left Behind, Despite Biden’s Bold Words 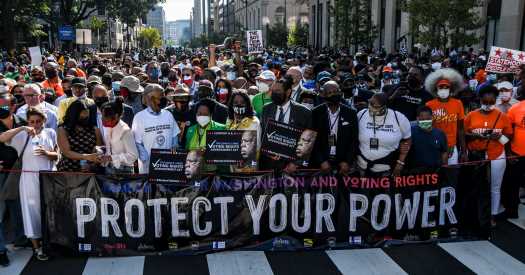 The White House says it is committed to reducing gun violence, keeping abortion safe and legal, and protecting voting rights. But that has done little to ease anxiety among activists. 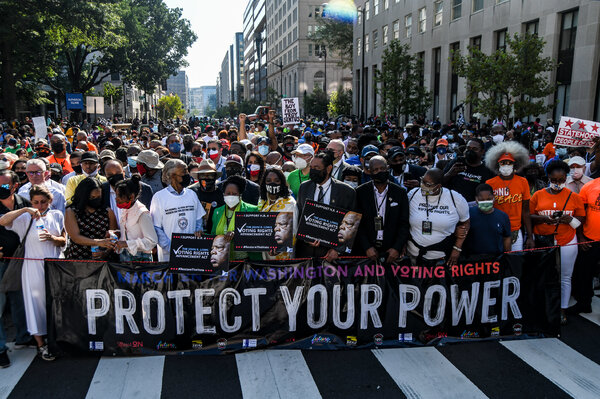 WASHINGTON — President Biden’s passionate language on reducing gun violence, safeguarding access to abortion and protecting voting rights has lifted the hopes of progressives who were once wary of electing a traditionalist who champions compromise.

But now, as they look past the final push on a $3.5 trillion spending bill the White House has made its policy priority, they are growing more concerned that Mr. Biden’s actions will not be as bold as his tone — at least when it comes to some of their key issues.

The spending plan that Democrats are trying to get through Congress would be transformative, affecting almost every American at every stage of life, from free universal prekindergarten to coverage of elder care. It includes money to address not only social programs and the expansion of the social safety net, but also funds to address climate change.

But in order to take up some of the other issues Mr. Biden has framed as threats to the foundations of American democracy, he will have to confront arcane rules that guide the institution of the Senate that he reveres — and that so far he has made clear he does not want to pressure senators to change.

Privately, White House officials have been trying to assure activists that they plan to turn their attention in earnest to voting rights after their push on infrastructure is through at the end of the month. But that has done little to ease anxiety.

“I’m guardedly concerned,” said the Rev. Al Sharpton, who said he was nervous that Mr. Biden would not follow up his lofty statements and speeches with action. “There’s a difference between passion and marriage.”

Mr. Sharpton said he wanted the White House to pressure senators to support a “carve-out” in the filibuster to allow voting rights legislation to pass with a simple majority.

“They have not said they’re going to do that,” Mr. Sharpton said.

Marc H. Morial, the president and chief executive of the National Urban League, said that in private meetings, he had pressed the president and his senior aides to work to pass voting rights by any means necessary. “If you can’t find 10 Republican votes, then the filibuster must go, it must be carved out, it must be reformed,” he said. “It’s not more important than protecting American democracy.”

The response from the president and his top aides, according to Mr. Morial, has been muted.

“You don’t get much of a response,” he said. “I think there’s a reluctance to telegraph future moves.”