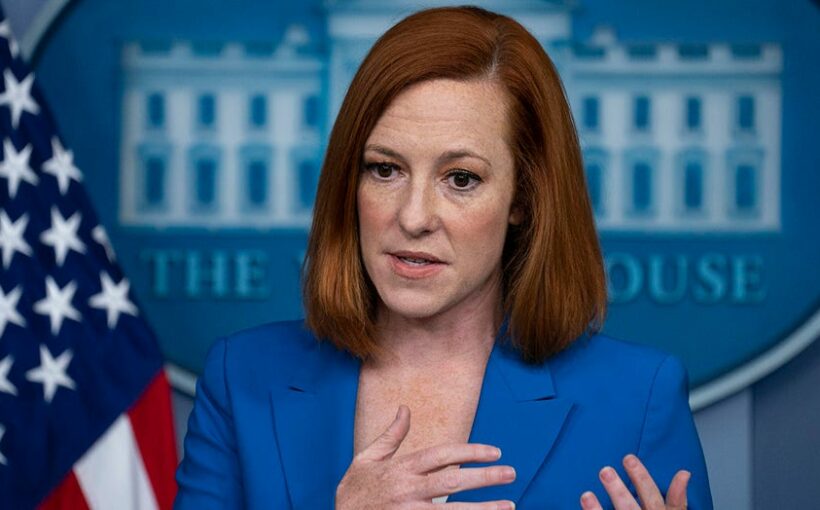 Press secretary Jen Psaki said Thursday the White House has seen reports that Israel and Palestinian leaders might be nearing a cease-fire, reports she said were “encouraging.”

Psaki reiterated throughout her Thursday news conference that President Biden believes it is time for Israel to start “winding their operation down.”

“We believe the Israelis have achieved significant military objectives that they laid out to achieve in relation to protecting their people and to responding to the thousands of rocket attacks from Hamas,” Psaki said. “That’s why we feel they are in a position to start winding their operation down.”

Psaki noted that the White House has had more than 80 engagements with leaders from Israel, the Palestinian Territory and other nations in the region, and Biden has had four calls with Israeli Prime Minister Benjamin Netanyahu. She also pointed out reports of “movement toward a cease-fire.”

Psaki also said on Thursday that Biden had a call with Egyptian President Abdel Fattah Al Sisi, a key mediator between Israel and the internationally recognized terrorist group Hamas.

While the press secretary often reiterated “reports” of a cease-fire, she said she would not get ahead of diplomatic leaders in announcing such a deal.

Psaki would not respond to progressives who promised to block a $735 million arms sale to Israel approved by Biden, and directed questions on the sale to the State Department.

Officials close to cease-fire talks told the Associated Press that they expect the two sides will reach an agreement within the next 24 hours.

But Israel launched a new wave of airstrikes and Hamas fired more rockets toward Israel on Thursday, the 11th day of heavy fighting. Israel declared that it would “continue to do so” as long as Hamas kept firing rockets “indiscriminately.”

Prime Minister Benjamin Netanyahu convened an emergency meeting of his security cabinet, where the issue of a cease-fire was expected to be debated. The Egyptian official said an announcement was expected following the cabinet meeting.

The current conflict has killed at least 230 Palestinians and a dozen people in Israel, reports say.