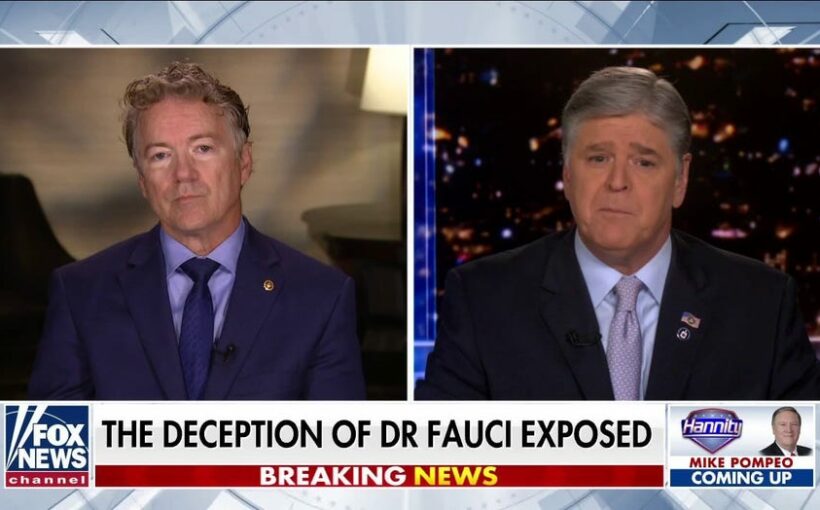 Rand Paul sounds off on Dr. Fauci after emails released

Kentucky Senator reacts on ‘Hannity’ as NIAID director is under fire.

Kentucky Republican Sen. Rand Paul said his family has received death threats for being “outspoken” in his criticism of Dr. Anthony Fauci, who has taken a lead role under both the Trump and Biden administrations in the battle against COVID-19

“This week, I’ve had five death threats just for being outspoken on it,” Paul said Friday night in an interview with Fox News’ Sean Hannity. “I don’t know what the world’s coming to, you can’t ask honest, difficult questions that in the end have proved out that Dr. Fauci was not being honest with us. But as a repercussion, my family had white powder sent to our house, and five death threats phoned in.”

Paul has been consistently critical of the top doctor throughout the pandemic, most recently alleging Fauci lied about taxpayer funds being used for “gain of function” research — the process in which a virus is modified to make it more infectious.

Following the release of thousands of emails revealing the top doctor’s communications from the early stages of the pandemic, Fauci found himself in hot water with Republicans on the Hill this week.

Paul was among the first GOP congressmen to take to Twitter to say, “Told you.” Adding, “Can’t wait to see the media try to spin the Fauci FOIA emails.”

In late May the senator received a threatening package containing white powder and an image of Paul bruised and bandaged with a gun to his head.

Below the photo was a caption that read, “I’ll finish what your neighbor started, you motherf*****,” – a reference to a 2017 assault by his neighbor which resulted in Paul having to be hospitalized.

Marx, an American singer, took to Twitter last month to say, “If I ever meet Rand Paul’s neighbor I’m going to hug him and buy him as many drinks as he can consume.”

Paul has consistently criticized Fauci for his support of wearing masks as the coronavirus escalated nationwide and his initial dismissal of the theory that the coronavirus emerged from a lab in Wuhan, China.

Peter Doocy and Keith Koffler contributed to this report.