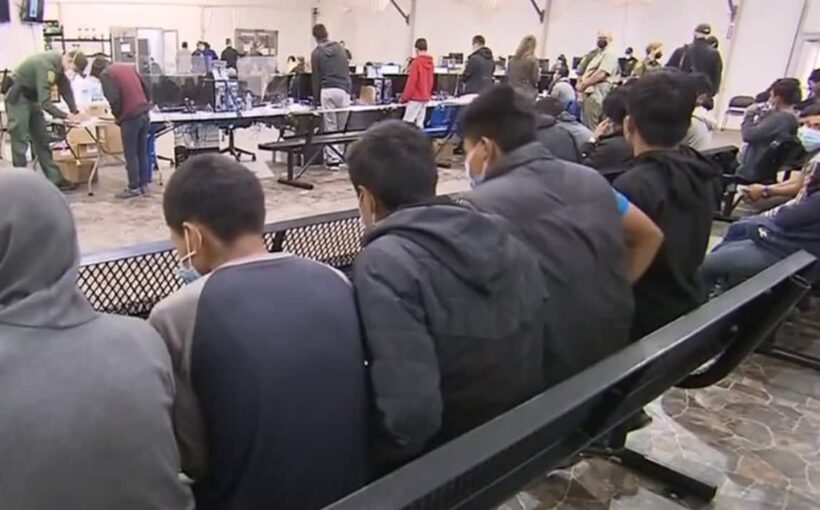 Texas Congressman Henry Cuellar argues cutting off the flow of people coming into the U.S. is important so migrants aren’t in the path of criminal organizations.

South Dakota Republican Gov. Kristi Noem made her position on the migrant crisis at the southern border clear Wednesday, telling the Biden administration she will not allow any undocumented migrants to be relocated to her state.

HARRIS TO TRAVEL TO GUATEMALA, MEXICO AMID CRITICISM OVER BORDER CRISIS

“Sending unaccompanied migrant children from the border to states like South Carolina only makes the problem worse,” McMaster said on Twitter.

The influx of undocumented migrants at the southern border has inundated U.S. Border Patrol with over 300,000 apprehensions this year, noted Texas Republican Rep. Chip Roy during a Wednesday hearing with the House Judiciary Committee.

Roughly 22,000 unaccompanied minors have arrived at the border and are now being cared for by the U.S. Customs and Border Protection (CBP) and the Department of Health and Human Services (HHS).

Congressional Republicans have widely criticized the Biden administration’s changes to U.S. immigration policies, which they believe has led to the increased number of undocumented migrants at the southern border.

But the administration has acknowledged that working to counter corruption and human rights abuses that lead to mass migration is not a solution that can be achieved in the immediate future, but rather a strategy that attempts to target future migration patterns.

The White House has blamed the previous administration’s strict immigration policies as a fundamental factor contributing to the rise in irregular migration.

Adam Shaw contributed to this report.