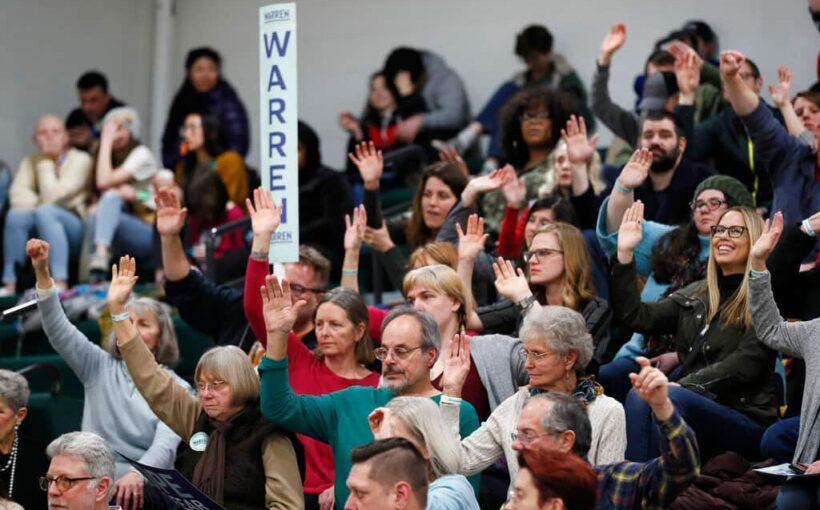 With the early steps in determining the Democrats’ next presidential nominating process now underway, there’s a burgeoning intra-party battle over whether Iowa and New Hampshire should retain their positions as the first caucus state and first primary state on the party’s nominating calendar.

Among the ideas are pushing South Carolina and Nevada – which have much more diverse Democratic electorates than Iowa and New Hampshire – to the front of the primary and caucus calendar. Also under discussion are kicking off the process with multiple states holding contests on the same day, and phasing out the remaining caucuses in favor of primary elections.

Sources say that among those discussing such changes are former Senate Majority Leader Harry Reid of Nevada and Rep. Jim Clyburn of South Carolina. Both are longtime rainmakers in the Democratic Party who have close ties to President Biden, who will likely have the ultimate say in whether there are dramatic changes to the party’s nominating calendar. 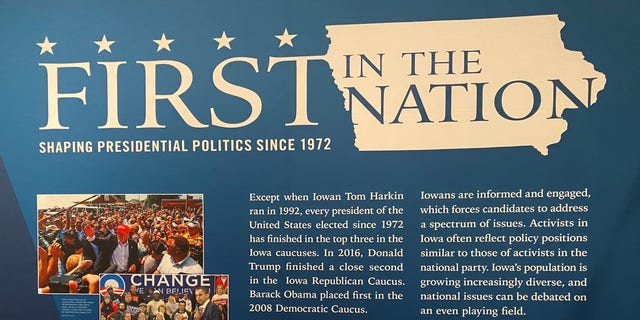 Iowa, whose caucuses for half a century have kicked off the nominating calendar, has long faced criticism amid party circles that its lack of diversity should disqualify it as the leadoff contest. New Hampshire, which goes second in the calendar and for a century’s held the first-in-the-nation presidential primary, has faced similar critiques.

Reid, who retired from the Senate at the beginning of 2017 after serving a dozen years as the chamber’s Democratic leader and who remains influential in national party politics, has been making waves since December that Nevada should leapfrog to the start of the nominating calendar.

Reid, who remains very influential in the national Democratic Party, was instrumental in moving Nevada’s caucuses in the 2008 cycle from an afterthought to the third position in the nominating calendar. In a December interview with the Los Angeles Times, he talked about moving up from the #3 spot. “I think we’re entitled to be the first state. Why? Because the power structure of this country is moving west,” he told the publication.

And this week Reid told Politico, which was first to report on the private nominating calendar discussions, that “I don’t think it’s appropriate to have those two states to set the tone. It’s really a false premise that if you do well in Iowa and New Hampshire you’re going to do well across the country. That was proven wrong with Joe Biden. … There’s no diversity in Iowa. There’s certainly no diversity in New Hampshire.” 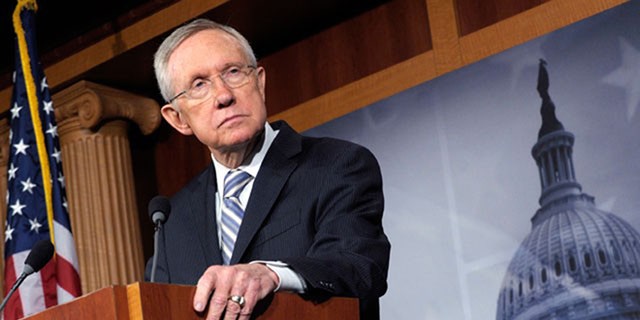 Then-Democratic presidential candidate Biden came in a disappointing fourth in Iowa and fifth in New Hampshire, before rebounding with a second-place finish – behind Sen. Bernie Sanders – in Nevada and a landslide victory in South Carolina. Clyburn’s support in South Carolina, where Black voters make up a majority of the state’s Democratic electorate, was instrumental in aiding Biden’s powerful performance.

After sweeping victories in the coast-to-coast Super Tuesday contests three days later, much of the party rallied around Biden, and the former vice president locked up the nomination a month later after Sanders dropped out of the race and endorsed Biden.

Compounding Iowa’s issues was the botched reporting of the 2020 caucuses, which became a national and international story, and an embarrassment for Iowa Democrats as well as the DNC.

“We’ve faced serious threats before, and this is a serious a threat as we’ve ever had to deal with. It’s something that everyone should be paying close attention to,” veteran Iowa-based Democratic consultant Jeff Link told Fox News.

New state Democratic Party chair Ross Wilburn, who made history as the Iowa Democrats’ first black chair, highlighted that he is “committed to working with party leaders to discuss why the Iowa Caucus is an important kickoff to the nominating process.”

He emphasized “the opportunity Iowa has created for presidents, leaders in our party, campaign staff, and volunteers to connect with voters and have critical debates about the future of our country. We’re very early in this process but, as we do every four years, we’re willing to talk with folks about the importance of Iowa’s First in the Nation role and make improvements to our system to make it stronger and more accessible.” 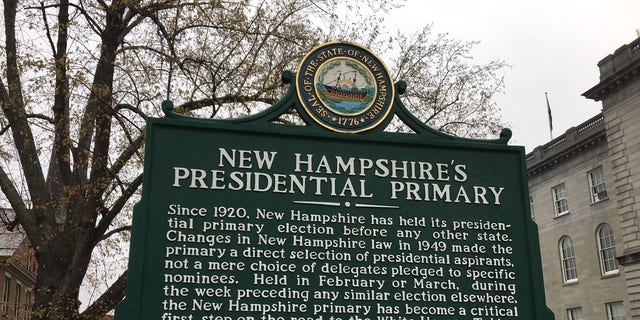 A sign next to New Hampshire’s state capitol in Concord, NH, marks the state’s century-old tradition of holding the nation’s first presidential primary

It was a similar case from longtime New Hampshire Democratic Party chair Ray Buckley, who warned that holding multiple contests to kick off the nominating calendar “certainly would not allow a candidate who’s not either a billionaire or a celebrity candidate to get their message out, because it would turn into a race about money and full of TV ads, not about the one-on-one conversations the voters deserve to have.”

New Hampshire has long prided itself on its retail-style politics, which puts a premium on direct candidate to voter contacts through house parties and town halls, instead of large rallies and paid advertising.

Asked about the Granite State’s lack of a diverse electorate, Buckley told Fox News that “it’s the same song that folks have been singing for decades. That’s why we welcomed Nevada and South Carolina back in 2006, to increase the diversity, and we think that’s working very well and I think the results in 2020 prove that.”

Disagreeing with Reid’s take on the 2020 results, he said that Biden’s ability “to rally the party quickly after Super Tuesday and become the president I think proves that the system works quite well.”

The private conversations about the future of the party’s calendar come as the DNC on Tuesday announced that it will review how things went in the 2020 nominating process.

The evaluation by members of the DNC’s Rules and Bylaws Committee precedes meetings later this year and next year by the committee to write and implement rules for the 2024 nominating process.

Whether the Democrats have a wide-open primary battle in 2024 is debatable. Biden, who at 78 is the oldest person ever elected president, said last week that it is his “expectation” to run for reelection.

The Republicans, out of power in the White House, are guaranteed to have a lively nominating race in 2024, whether or not former President Donald Trump runs again. But there’s no push right now to reorder the GOP’s presidential nominating calendar.

Iowa GOP chair Jeff Kaufmann, taking aim at the Democrats, said on Wednesday that “attacking the Iowa Caucuses and other First-in-the-Nation states is nothing new for people like Harry Reed and coastal elites who think they know better than everybody else. I continue to stand shoulder to shoulder with my First In The Nation states counterparts and will do everything in my power to protect the Iowa Caucuses.”