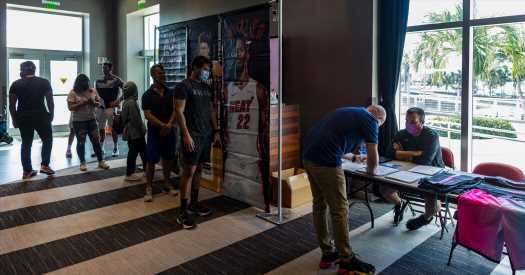 The Food and Drug Administration’s independent panel of vaccine advisers is set to meet Friday to discuss the case for booster shots of the Pfizer-BioNTech coronavirus vaccine, and to vote on whether the agency should approve additional doses for people 16 and older.

The meeting and vote, which could significantly influence federal booster policy, come amid a fraught debate within the Biden administration about whether booster shots are needed now, and for whom. If the discussion mirrors the acrimony in the administration, the expert committee may end up divided, complicating the F.D.A.’s decision.

The F.D.A. is not obligated to follow the advice of the committee, but often does. The panel’s meetings earlier in the pandemic to consider vaccine authorizations were mostly agreeable, ending in decisive votes in favor of the F.D.A.’s presumed position.

Top federal health officials, including Dr. Anthony S. Fauci, President Biden’s chief medical adviser, have argued for weeks that immunity against infection is waning in fully vaccinated people, and that there are hints of diminished protection against more severe forms of Covid-19.

Eight of those officials in August signed a policy statement saying that boosters would be needed and that the administration was prepared to deliver them for adults as early as the week of Sept. 20, a decision some public health experts said was premature. But the White House has already been forced to delay offering boosters to recipients of the Moderna vaccine, and for now it is planning third shots only for those who received the Pfizer-BioNTech vaccine if the F.D.A. signs off.

There has been fierce resistance to boosters from some federal career scientists and many vaccine experts outside the government. Two key F.D.A. regulators wrote in The Lancet this week that there is no evidence additional shots are needed yet for the general population, assessing data from dozens of studies. One of them, Marion Gruber, who directs the F.D.A.’s vaccines office, is scheduled to speak at the Friday meeting.

Vaccination remains powerfully protective against severe illness and hospitalization because of Covid-19 in the vast majority of people in all of the studies published so far, experts say. But the vaccines do seem less potent against infection in people of all ages, particularly those exposed to the highly contagious Delta variant.

The World Health Organization has asked world leaders to refrain from rolling out boosters at least until the end of the year, with the goal of immunizing 40 percent of the global population first. But some high-income countries have already begun offering boosters to their residents, and others may follow their lead.

The F.D.A. panel — the Vaccines and Related Biological Products Advisory Committee — is composed of independent scientific experts, infectious disease doctors and statisticians, many of whom participated in earlier meetings about coronavirus vaccines.

The meeting is scheduled to begin at 8:30 a.m. Eastern time and conclude in the late afternoon. (You can watch it here.) A “no” vote on Pfizer’s application could lengthen the discussion and possibly prompt a different vote, such as on whether to recommend clearing the booster for a more limited group.

Understand Vaccine and Mask Mandates in the U.S.