Home » This is America: Why we need to validate each other’s pain 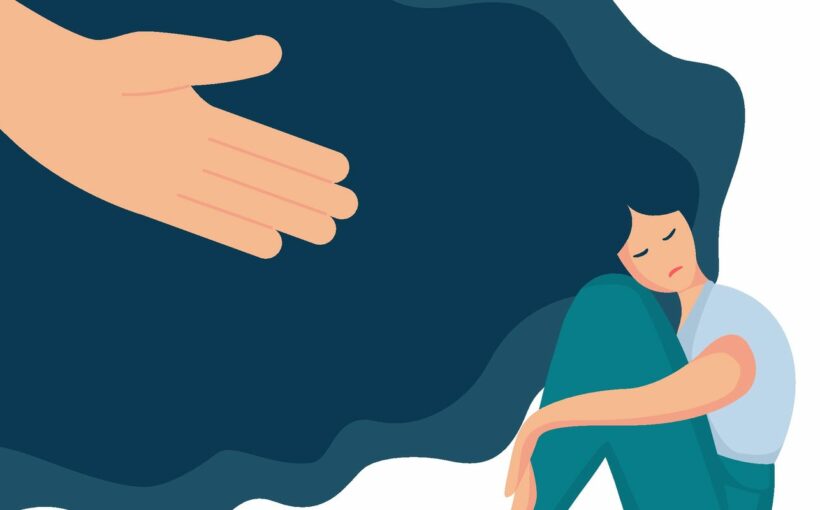 When they invited me to write here for Mental Health Awareness Month, I wanted to say something that would transcend identity.

Maybe this sounds strange, since you’re reading “This is America,” a newsletter centered on race, identity and how they shape our lives. I’m Alia, a reporter at USA TODAY covering culture, gender and mental health. But I think this month, it’s worth noting that there are experiences – grief, loss, trauma, among others – that link us. If only we can stop ourselves from turning away.

I decided to write about pain. Pain is universal. And yet pain is so often what we disbelieve, discount, diminish – in ourselves and in one another. We minimize pain so we can avoid conversations about injustice (a culture of white supremacy relies on dehumanization and the dismissal of Black pain for it to remain the dominant power). We fail to cope with pain that can have violent consequences (some gender experts argue stereotypes of masculinity, which include the suppression of pain, can lead men to view violence as a more masculine alternative to help-seeking). Our reluctance to sit with one another’s pain costs lives (many suicidal people I’ve interviewed say when they were suffering and reached for help, it simply wasn’t there).

Important stories of the past week, from USA TODAY and other news sources.

Sometimes when I’m doing an interview someone will say something that makes so much sense to me I want to scream. A few years ago, I was working on a project on suicide and I interviewed Adam Swanson, a senior prevention specialist at the Suicide Prevention Resource Center. Swanson, who identifies as LGBTQ, tried to kill himself when he was 9. We were speaking in the context of suicide, but his statement felt bigger than that.

“We don’t want to talk about the fact that the pain that people carry and then disperse on other people results in a system in which people feel pain all the time,” he told me. “Life is painful. It’s guaranteed pain. But … if we can help people get through moments of pain there’s a lot of value to this life, too.”

Swanson was talking about systemic causes of suicide, but he was also talking about how to be human. Helping someone through pain doesn’t mean shifting them out of it. We do this instinctively, when we tell someone to “look on the brightside” or that whatever someone is upset about, especially a child, “is not that bad.”

Everyone wants their suffering validated

Pain is fundamental. But it is possible to meaningfully support someone in their pain. First we must be willing to listen. Then we have to fight our instinct to turn away.

“Sometimes we don’t want to believe people because unconsciously we want to avoid feeling bad for the person,” said clinical psychologist Seth Gillihan. “It might feel easier to deny that anything happened, or that it was as bad as the person said, because it makes us feel more comfortable. It’s actually rather inconvenient to acknowledge another person’s suffering. Because most of us as humans feel compelled to do something when someone is suffering.”

Last year, I wrote a story on what it really means to help someone who is suicidal.

Am I OK?: How to do a mental health check

At the end of the piece, I write about how the suicidal woman, a comedian named Deena Nyer Mendlowitz, realized that no one could take away her pain, no one could take away the suicidal thoughts in her head. But her friend and fellow comedian Susan Messing, in caring for her, bought her time. She validated what she was feeling, and consistently showed her what she deserved.

“I love her so much. I don’t want her ever to think that she burdened me. It is simply what happened. And I am grateful that I was able to be of service to her. God, that’s going to make me cry,” Messing told me. “If we have just the tiniest temerity of thought to support other people, that can help, and we don’t know how much.”

Reckoning with a society where suffering is pervasive

We don’t only turn away from the pain we see in one another, but from our culture’s collective traumas. We don’t want to reckon with a society that creates so much suffering.

People who have survived suicide attempts or suicidal thoughts, who have survived sexual violence, or live with relentless racial trauma often suffer in silence. Because when they do speak out, they are frequently blamed or maligned.

“When we think about historical trauma, especially for people of color, it has always been about … invalidation,” said Alisha Moreland-Capuia, director of trauma-informed treatment, consultation, and outreach at the Center of Excellence in Depression and Anxiety Disorders at McLean Hospital in Massachusetts. “As human beings we engage with the world and derive meaning from the world based on what we sense, what we see, what we hear, what we feel. To have that chronically invalidated, and to be told that your senses don’t matter, that’s a whole form of trauma in itself.”

Acknowledging pain is a healer. It’s why when a Black woman is killed by police we “say her name.” It’s why on Holocaust Remembrance Day we promise to “never forget.”

“A silence mandate is crazy-making for people who … see the world for what it is,” said Jennifer Gómez, a psychology professor at Wayne State University. “A place that includes … violence just as much as it includes joy.”

This is America is a weekly take on current events from a rotating panel of USA TODAY Network journalists with diverse backgrounds and viewpoints. If you’re seeing this newsletter online or someone forwarded it to you, you can subscribe here. If you have feedback for us, we’d love for you to drop it here.