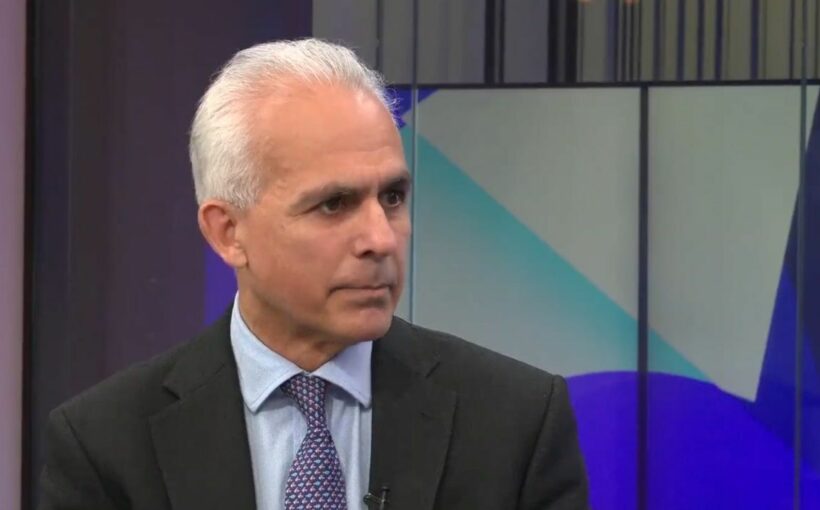 Michael Portillo explains why he voted for Brexit

The Conservative Party’s handling of Brexit has created a “chasm” between Northern Ireland and the rest of the UK, a prominent Eurosceptic has claimed. The First Property Group CEO spoke on GB News about the country’s continued divergence from the European Union and said it would only lead to a greater divide in the UK.

This comes as members of the House of Lords are reportedly planning to slow down the Government’s attempts to axe thousands of pieces of EU legislation.

Ministers have pledged to review around 4,000 pieces of law from the bloc that derive from the UK’s membership and had set a deadline to decide which ones to keep by the end of the year.

However, there are now concerns that this goal will no longer be achievable.

Mr Habib claimed on GB News on Wednesday evening that this mass axing of laws will not be possible due to the position of Northern Ireland.

He said: “Taking a very logical approach to this, the United Kingdom hasn’t left the European Union.

“Only part of the United Kingdom has left the EU, Northern Ireland has to a very significant extent been left behind, and we know that because we’ve got judicial rulings which prove it.

“That means that the UK can’t have a bonfire of legal regulations in the way that we might have been able to if we left the EU as one United Kingdom.

He added that Rishi Sunak does not seem to “care that much” about Northern Ireland, saying: “Part of the problem that he is facing is emphasising the Irish Sea border, the partition that the Conservative Party has created between Great Britain and Northern Ireland.

“In the Trade and Cooperation Agreement which we signed with the EU, we signed up to alignment on state aid, competition, employment and environmental laws, such as they were at the time when we left the single market.

“They are really key parts of our legislative framework, and so we can’t really diverge in the way that we would wish to if we were putting British national interests first.”

Mr Habib did highlight other legislation that the UK could cut back, such as financial services as no deal was made in that area with the bloc.

He claimed it may have even been better to have left the EU without a deal, as while financial services “can now do what they want” the rest of the country cannot.