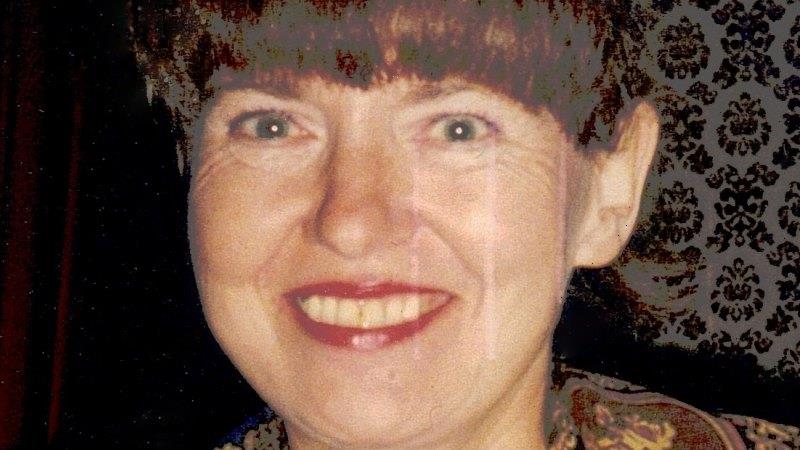 Krystyna Zyta Wisniewska (nee Zawistowska) was born in Augustow, Poland, in 1940. As a three-year-old, she witnessed the death of her forester father, a resistance fighter, who was killed by the Gestapo while escaping from the village where he was hiding.

Her only memory of him was being tenderly fed soft-boiled egg – she did not recall his face.

Her mother, Mrs Jadwiga, an Augustow school teacher, and aunts and uncles ensured she had a happy childhood.

Krystyna attended the school at which her mother taught. When she could read, Mrs Jadwiga provided children’s stories, and later, world literature classics and poetry. Both frequented concerts, operas and theatres.

After matriculation, Krystyna studied philology at Gdansk, Warsaw and Wroclaw universities, attending these cities’ cultural events. Jazz became a lifetime source of joy and of poetry.

During holidays, she perfected her French in Aix-en-Provence, Besanson and Nice. Later, for 18 months she studied French at the Ecole normale superieure in Paris, living with French friends. She briefly met Leon Wisniewski (from London), temporarily in Paris to study French. They exchanged addresses and, later, regular Christmas and Easter cards.

Krystyna, a green-eyed redheaded beauty with a Mireille Mathieu bob, was vivacious, full of joy of life, optimistic and resonant, happy laughter. She had admirers yet remained single. Without her knowledge, a friend placed her personal ad in Melbourne’s Polish Weekly. Unexpectedly, she received 46 letters from Australia. Most boasted about the sender’s masculinity or physical prowess. In one sincere letter, she recognised Leon’s handwriting. 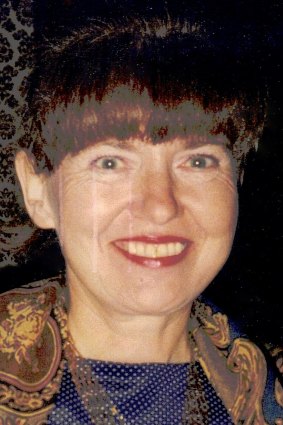 Single again and a Melbourne resident, he responded to the ad, recognising her name, and invited her to Australia, promising a return ticket. Following this letter in 1978, Krystyna arrived in Australia. They fell in love and got married. His two children from first marriage warmly accepted her.

She worked as a Polish radio station presenter, a census collector, and promoter for a French U3A-like enterprise. Later, she passed exams to obtain a translator’s accreditation in five languages. In 1982, she became a TIS on-call translator (Polish, French, Italian and Russian – to English). Next, she was a telephone interpreter at the Department of Immigration, and later a sworn translator for its translation service.

She enjoyed the work, financial independence and co-workers’ friendships. When demand for translation services decreased, she accepted retirement in 2003.

Her mother visited in 1983, returning in 1989 to stay permanently. She attended English classes and local seniors’ club activities. She made friendships, later continued by the family. Krystyna joined the seniors club after retiring.

Both loved nature, caring for home, garden and pets, enjoying walks in the neighbourhood, delighting in Australian flora, chatting with gardeners and exchanging plants.

Mrs Jadwiga, wise, dignified and serious lady, lived for 104 years. When she died in 2011, Krystyna grieved intensely. Her will to live weakened eventually undermining her health.

The retired Krystyna taught French at U3A and sang with Darebin Community Choir, at community events and in nursing homes. Their beautiful repertoire and enthusiastic rendition delighted listeners. She also wrote poetry in four languages and travelled with Leon or alone interstate or overseas. She spent 2012 summer in Cefalu, Sicily, mastering the dialect spoken in Inspector Montalbano, her favourite SBS series. In 2016, both cruised the Pacific islands and New Zealand.

She loved Polish language and expressed longing for Poland in her poems. In some, she used rare folk or dialect words. She had masterful command of the subtleties and nuances of the language, and regularly won first prizes in senior poetry competition, the annual initiative of Federation of Polish Organisations in Victoria. She also loved Australia and dedicated poems to the beauty of its flora.

Her poetry (rhymed or “white”), speaks about destruction of the environment, futility of wars, the tragedy of the victims, human weaknesses, value of friendship, love, peace, co-operation between nations, and about life’s small joys. It encompasses lyrical, patriotic, humorous, engaged, personal, for young readers, happy and sad, mischievous, fanciful, frivolous and philosophical verses, always keeping the rhythm and effortless flow. When moonshine kept her awake, she wrote cheeky strophes about it. She preferred attaining thorough mastery of one discipline/specialty/interest to superficial knowledge of many.

Krystyna and Leon Wisniewski hosted many happy gatherings. Leon, a great chef and winemaker, created a tradition of Melbourne Cup lunch for their friends. Ladies showed up in their finery. After a sumptuous lunch, the cup race followed on TV. Despite only symbolic bets, emotions ran high.

Krystyna was a competent couturier. With panache, artistic flair and superb colour sense, she created beautiful clothes in her unique style, accessorising them with elegant jewellery (genuine or costume pieces) and with eye-catching handbags and shoes. Even in the last year of her life, she made inventive clothes inspired by latest the fashion and colours, combining various materials with crocheted inserts.

She stylishly cut her own thick hair, changing the style at different stages of her life and, when greying, dyed it herself.

Five years after her mother’s passing, she was diagnosed with a malignant tumour, had surgery but refused chemotherapy. Four years later, the disease recurred. Given six weeks to six months to live, she survived for 18 months, living at Epping Gardens, where pain support was close.

Devoted Leon visited daily. He brought her treats and necessities. She made new friends, was visited by old ones and family, keeping in touch with them by telephone, stoically enduring the disease. She wrote new poems, and stories about her life, travels and friendships. When she felt well, she briefly went home. They ventured to restaurants, shopped and visited friends.

After her diagnosis, she printed new poems on a home printer for friends. With covers designed to her instructions, these were spiral-bound. Following a friend’s suggestion to publish “a proper book”, she entrusted the edition to Ms Milada Kessling, of publisher Lion Heart Books. Krystyna proofed the first and second proof. She and her Epping Gardens’ friends liked the result.

A subsequent COVID infection weakened her, accelerating her decline. She died after two weeks of intense pain, followed by a week of unconsciousness, squeezing the hand of beloved Leon in her final hours.

He funeral service was on September 30 at Lalor St Luke’s Church. Flower tributes in her favourite colours adorned her coffin. As she requested, her ashes were interred in her mother’s tomb at Eltham Cemetery.

In Krystyna Wisniewska, we farewell rare poetic talent with a unique perspective on life.

She left beautiful poems – sadly there will be no new ones – that will keep her voice alive for future generations.