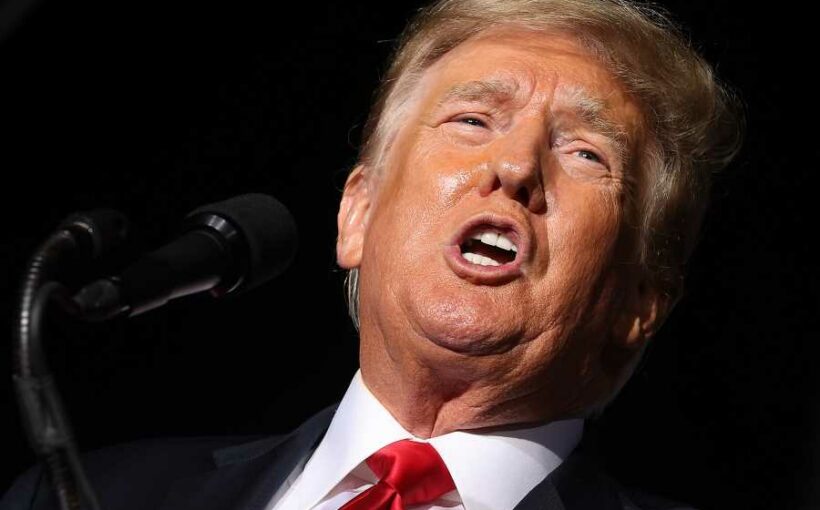 Former President Donald Trump in an interview with an Israeli journalist listed off a series of complaints about Jewish people in the United States. The rant featured a number of anti-Semitic tropes, including that Jews control Washington, D.C. and the media, as well as that they have a “dual loyalty” to both Israel and America. He also implied that Jews should be loyal to him because he supported Israel during his time in office.

“There’s people in this country that are Jewish [that] no longer love Israel,” Trump told journalist Barak Ravid in audio that was played during a recent episode of the Unholy podcast. “I’ll tell you, the evangelical Christians love Israel more than the Jews in this country. It used to be that Israel had absolute power over Congress. And today I think it’s the exact opposite. And I think Obama and Biden did that.”

Trump Is Still Clinging to the Delusion That He Won the War on Christmas, Which Isn't Real

70 Greatest Music Documentaries of All Time

The former president, who prided himself as a firm backer of Israel during his time in office, lamented how his support didn’t seem to translate to the ballot box from a certain segment of the electorate. “And yet in the election, [Democrats] still get a lot of votes from Jewish people, which tells you that the Jewish people — and I’ve said this for a long time —  the Jewish people in the United States, either don’t like Israel or don’t care about Israel,” Trump claimed.

Ravid interviewed Trump for his new book Trump’s Peace: The Abraham Accords and the Reshaping of the Middle East. He’s reported for Axios recently that Trump blames former Israeli Prime Minister Benjamin Netanyahu for his failure to bring peace to the Middle East, and that he soured on Netanyahu after Netanyahu congratulated President Biden for winning the 2020 election.

“Fuck him,” Trump told Ravid of the former prime minister.