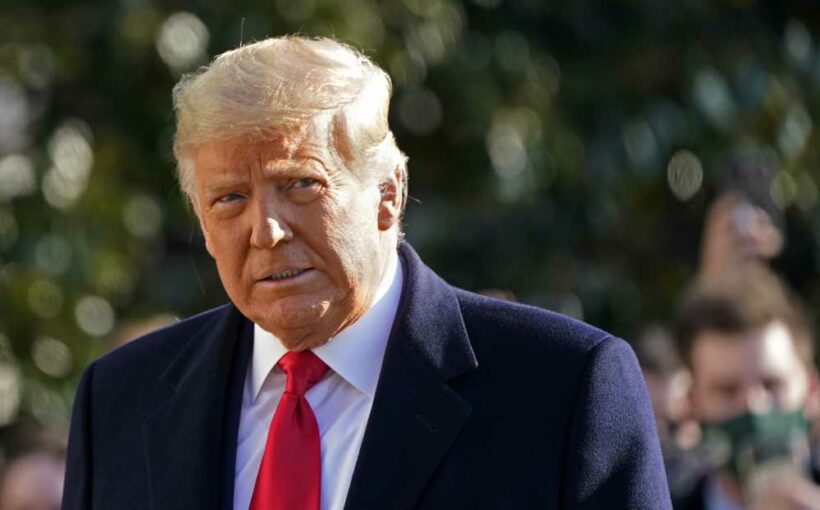 President Trump must testify on tape by the end of the month in a lawsuit brought by protesters who say they were assaulted by security officers outside Trump Tower in New York in 2015, a judge ordered Thursday.

“Donald J. Trump shall appear for a deposition October 18, 2021 at 10 a.m. … or, in the event of illness or emergency, on another mutually agreed to date on or before October 31, 2021,” Judge Doris Gonzalez wrote in an order, according to ABC News.

The former president, his chief of security, Keith Schiller, and others are being sued for damages by five men who call themselves “human-rights activists of Mexican origin.” In their complaint, the activists said they were peacefully protesting outside Trump Tower to express their opposition to Trump saying that Mexican immigrants are “rapists” bringing “drugs” and “crime” into the U.S. while announcing his candidacy for president.

The activists said Trump’s security guards “violently attacked” them when they were protesting on a public sidewalk on Fifth Avenue in white robes and hoods to parody the Ku Klux Klan. Schiller confronted them, they alleged, and took a sign held by one of the protesters, Efrain Galicia, that said, “Trump: Make America Racist Again.” Schiller then “struck Galicia with a closed fist on the head with such force that it caused Galicia to stumble backwards.” Another security guard, the complaint said, “placed his hands around Galicia’s neck in an effort to choke him,” until Galicia broke free.

Other plaintiffs alleged that Trump security guards assaulted them, too, grabbing one by the wrist and throwing another onto the sidewalk. The activists are seeking monetary damages for assault and battery, in addition to a court order directing Trump and his employees not to interfere with “lawful demonstrations” and “political speech.”

This might not be the only testimony Trump will be forced to give this year. The former president is facing a slew of legal challenges, which include civil lawsuits as well as criminal investigations into his shady business practices, taxes, and incitement of violence on January 6th. Earlier this month, a judge gave Trump a deadline of December 23rd to sit for a deposition in a defamation suit filed by former Apprentice contestant Summer Zervos, who alleged Trump kissed and groped her without her consent in 2007, and then lied about it.