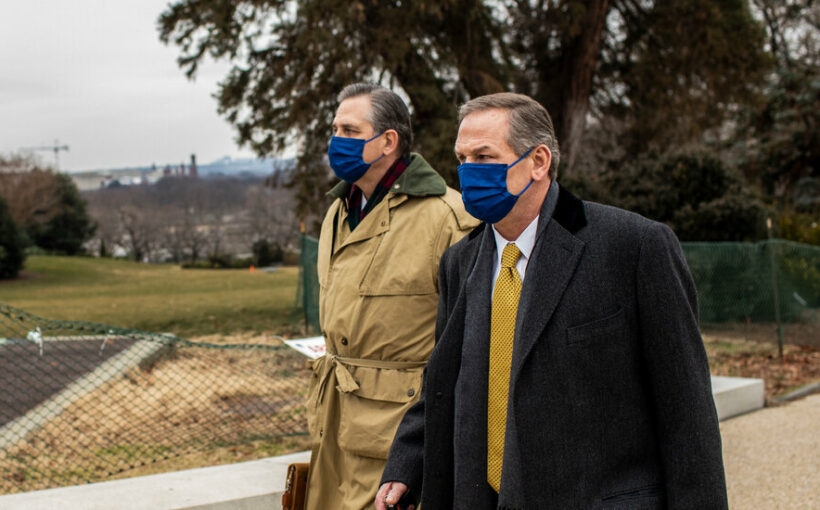 As they mounted their defense of the former president on Friday, Donald J. Trump’s lawyers made a number of inaccurate or misleading claims about the Jan. 6 riot at the Capitol, Mr. Trump’s remarks, the impeachment process and 2020 election. Many claims were echoes of right-wing talking points popularized on social media or ones that were spread by Mr. Trump himself.

Mr. Trump’s lawyers were misleading about what happened on Jan. 6.

“Instead of expressing a desire that the joint session be prevented from conducting its business, the entire premise of his remarks was that the democratic process would and should play out according to the letter of the law.” — Michael van der Veen, lawyer for Mr. Trump

“Far from promoting insurrection of the United States, the president’s remarks explicitly encouraged those in attendance to exercise their rights peacefully and patriotically.” — Mr. van der Veen

This is exaggerated. Mr. Trump used the phrase “peacefully and patriotically” once in his speech, compared with 20 uses of the word “fight.”

“As everyone knows, the president had spoken at hundreds of large rallies across the country over the past five years. There had never been any moblike or riotous behaviors.” — Mr. van der Veen

This is misleading. While no other Trump rally has led to a siege of the Capitol, there have been episodes of violence, sometimes encouraged by the president. Less than two months before the riot on Jan. 6, Mr. Trump waved to supporters who had gathered in Washington to protest his election loss and who later violently clashed with counterprotesters. Previously, other supporters had attacked counterprotesters, and in one case a BBC cameraman, at several Trump rallies. Mr. Trump called one victim “disgusting” and offered to pay the legal fees of a supporter who had punched a protester.

What You Need to Know