Home » Politics » Tucker Carlson: When ideologues take over, life gets much worse for most people 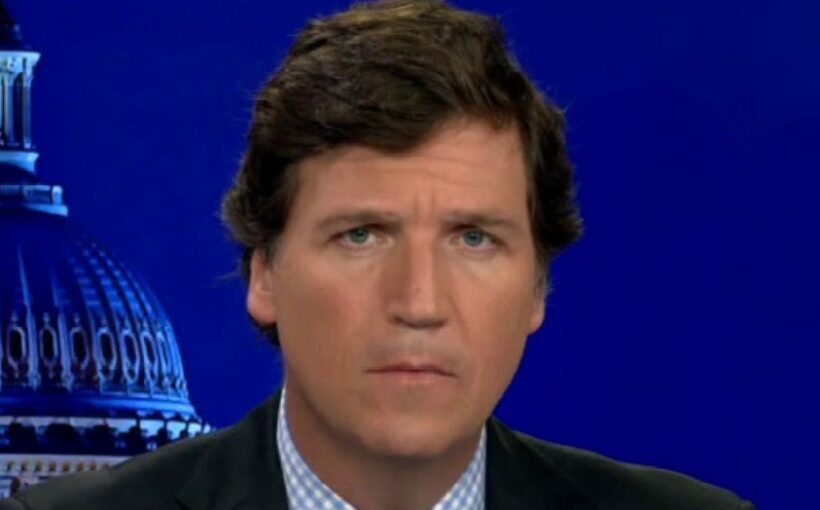 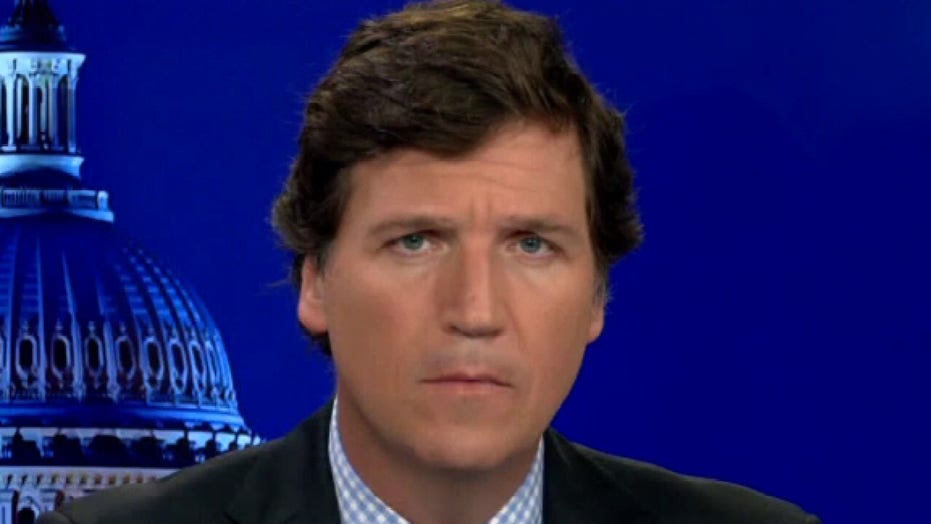 Tucker: Joe Biden is not in charge, the ideologues are

We want to start tonight with Joe Biden, the isolated and deeply unpopular president of the United States, at this point, pretty much no one likes Joe Biden or will admit it. The latest USA Today poll has Biden at a terrifying 38% job approval rating. Biden’s been in office less than a year, and already two-thirds of voters do not want him to run again.

How unpopular is Joe Biden as of tonight? Let’s put it this way. He’s only 10 points above the single most despised person in the United States, which is his own vice president. Jeffrey Epstein now has more admirers than Kamala Harris does, and that is the territory that Joe Biden now occupies.

So it’s genuinely bad and it has political effects, as we saw last week. The question is why is this happening? Why are people so dissatisfied all of a sudden with Joe Biden? Well, the obvious answer is you’re going to hear a lot of people say this Joe Biden is senile and ineffective. But if you think about it, that’s not true. It can’t really be true because voters knew perfectly well all along that Biden was doddering. They knew that when they elected him, it was obvious even then. In fact, it was part of his appeal.

Biden was too slow to be threatening to anyone. This was not a guy who was going to be making a lot of sudden moves. If you secretly wished it was still 1985, Joe Biden was your man because he was under the impression that it actually was. So no, senility is not Joe Biden’s main problem. Joe Biden’s problem is weakness. 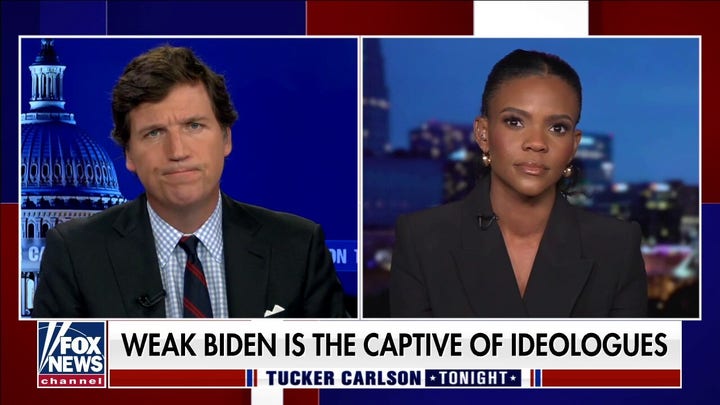 Biden is afraid. You see it every time you look at him. He’s overwhelmed. He’s off-balance. And that’s why he’s so often snappy and aggressive, because underneath it all, he feels anxious. Biden isn’t always sure where he is or what’s happening around him. So a man like that cannot possibly lead a country this complex. But the problem is his weakness makes him a target for predators. Ideologues like Susan Rice or Barack Obama can take a man like that hostage and make him read their scripts. That’s exactly what is happening, and you saw it so clearly last week.

Our own Peter Doocy asked Biden about the White House plan to pay reparations to illegal aliens up to almost half a million dollars per person. So the very idea of an administration doing that under any circumstances is completely deranged. What’s interesting is that Joe Biden, who was not ideological, he’s emotional. Biden understood that immediately. And so he responded when asked the way that any normal person would, he said effectively, What the hell are you talking about? That’s crazy.

Peter Doocy: There were reports that were surfacing that your administration is planning to pay illegal immigrants who were separated from their families at the border up to $450,000 each, possibly a million dollars per family. Do you think that that might incentivize more people to come over illegally?

Joe Biden: If you guys keep sending that garbage out, yeah. But it’s not true.

Doocy: So this is a garbage report?

Well, yeah, Biden was right. Reparations for illegals, that is garbage, and most people think it. A new poll by the Trafalgar Group shows that fully two–thirds of the country, that’s a majority of Democrats, as well as, of course, a majority of Republicans believe that idea is nuts because it obviously is nuts. Paying people to break our laws. What are you crazy? That would destroy the country obviously. 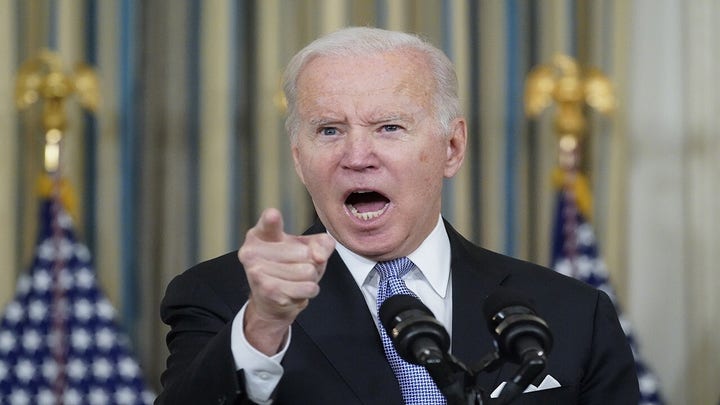 Now whatever you think of Biden, he’s been in politics for more than 50 years, and at this point, if nothing else, he’s got a pretty good gut sense of these things. So the second he heard that idea, the second Peter Doocy presented it to him, he was against it on instinct. Unfortunately, Joe Biden is no longer in charge, he no longer makes meaningful decisions. The ideologues are in charge. The Obama people are in charge. That’s the point. That’s what we’re watching. So after that moment, they hauled Joe Biden before the central committee. They gave him a good reeducation. And the next thing you know, Biden is out there dutifully repeating their lunatic slogans.

You see that? The narrowed eyes, the finger pointed, jabbing in your face, notice how angry Biden looks in that clip. This is not a man who’s in control, not of his own emotions, obviously, but also not of the administration he supposedly runs. The ideologues are in control, and that is a huge problem for the rest of us. It’s a problem because ideologues have no interest in the lives of actual human beings. Ideologues care only about their theories, about the bright new future they are building. Human beings are just speed bumps on the way to utopia.

So not surprisingly, when ideologues take over society, any society in any country, at any point throughout history, life always gets much worse for most people. Borders fall, crime rises, schools collapse, inflation gets out of control. Suddenly, they’re drug addicts living in tent cities in your neighborhood, screaming at your kids as you walk by. Quality of life falls off a cliff. It’s intolerable for most people. But the ideologues don’t care because they’re completely focused on the shiny new society they’re constructing. Nothing else matters. Perfection is always just around the corner. As soon as we get rid of all these white men, everything will be great. They say that, and they really believe it. 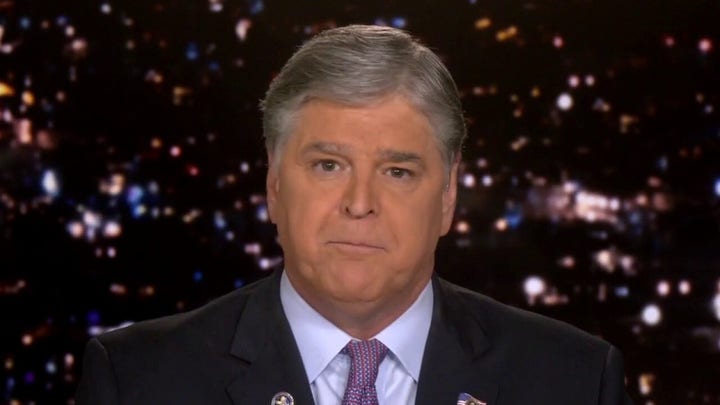 Meanwhile, inevitably, the actual physical world around them, the world that the rest of us inhabit day to day crumbles at high speed and you’re seeing it now everywhere. Just today in the face of skyrocketing energy prices, the White House announced it may shut down yet another pipeline. First, it was Keystone XL that happened immediately this time the Biden administration like to close what’s called the Line five pipeline. You may not have heard of that, but it’s vital to this country. The pipeline moves more than half a million barrels of desperately needed energy every day from Canada to Michigan. Shut that down. Wait to see what happens to gas prices. They’re already at record highs. So if you’re not rich, this is going to make your life much worse and everyone knows it.

So no normal administration would even consider doing something like this at a moment like this. Shutting down a pipeline in the middle of an energy crisis. No, it’s too destructive. But here’s the thing from an ideologues perspective. Destruction is the whole point. Burn down Wendy’s, loot Macy’s, defund the police, close the school, shut down the energy grid, tear it all down, scrape the pads so we can put up something new and perfect—as they often put it—Build back better. 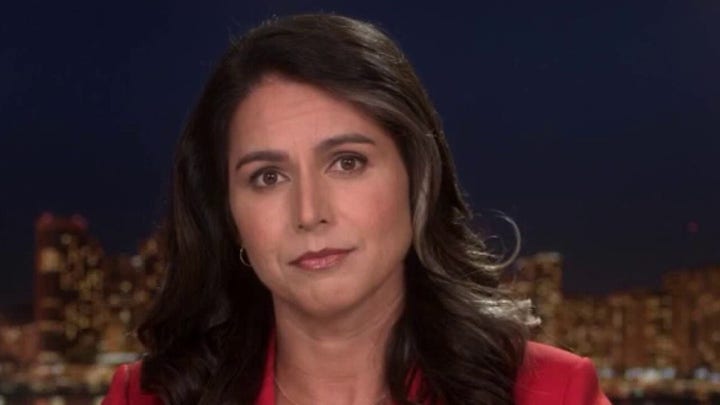 The problem with thinking like this, there are many problems, but the core problem is that you tend to ignore the suffering of the people who still live in your country, pre utopia. You don’t care about them and they know you don’t care about them. That dynamic is a huge problem. It makes societies, particularly supposedly democratic societies, very volatile. Wise leaders understand this, so they are very careful to pretend that they care. But not childish ideologues, childish ideologues, just laugh in the face of your suffering. Here’s Jennifer Granholm, for example, our new energy secretary snickering about rising gas prices.

HOST: What is the Granholm plan to increase oil production in America? Granholm: *Laughs* That is hilarious, that I would have the magic wand on this?

Doing something to save middle class Americans from rising energy prices, quote “that is hilarious” says the energy secretary. You can just imagine Louis XVI talking like this right before the French Revolution. It does make you wonder how long this can continue.

This article is adapted from Tucker Carlson’s opening commentary on the November 9, 2021 edition of “Tucker Carlson Tonight.”