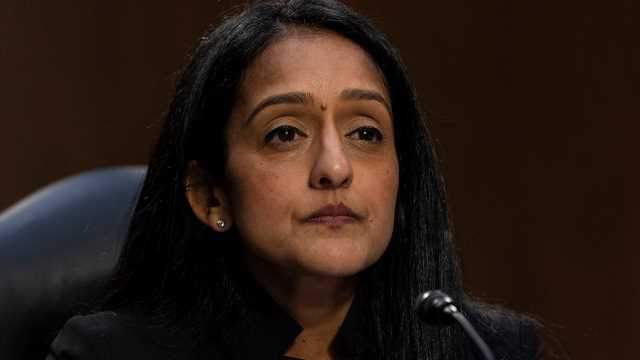 The Senate Judiciary Committee met Wednesday to discuss President Biden’s nominations of Lisa Monaco to be the next deputy attorney general and Vanita Gupta as associate attorney general.

During the brief meeting, it was clear Monaco has the support of both parties while Republicans continue to have reservations over Gupta.

“I still am very concerned about Ms. Gupta’s nomination,” Sen. John Cornyn, R-Texas, said, citing her responses to the committee’s questions. “She has avoided answering questions, or as in the case of her testimony here in front of the committee, she’s completely, 180 degrees — taken a 180-degrees position different from what she has on a previous occasion as recently as last summer when we had her before the committee [to] testify on police reform.”

Cornyn accused Gupta of undergoing a “confirmation conversion” and saying what she believes she has to in order to get confirmed.

“So I remain very concerned about this nominee, I think she has the potential of being the most dangerous nominee to the Department of Justice; one that needs to shun politics and ideology in favor of enforcement of the rule of law on an evenhanded basis.”

As for Monaco, Cornyn said he plans on voting in her favor.

Gupta’s confirmation hearing featured confrontations over her past anti-Republican comments as well as accusations that she supports a far-left agenda that includes defunding police departments. 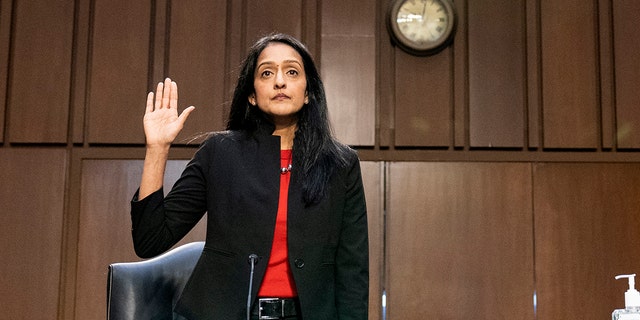 “I regret the harsh rhetoric that I have used at times in the last several years,” Gupta said at the hearing, during which she apologized “for the kind of coarse language I have used in the past.”

“I do not support defunding the police,” she said. “I have in fact spent my career advocating, where it’s been necessary, for greater resources for law enforcement for things like body-worn cameras, office wellness and safety programs, and any number of measures.”

That position is in contrast with testimony that Gupta provided to the committee in 2020 following the deaths of George Floyd, Breonna Taylor and Rayshard Brooks, which took place during police encounters. Floyd’s death in particular sparked nationwide protests and calls for police reform, marked by the left-wing movement to defund ‒ and in some cases abolish ‒ police departments.

“While front-end systems changes are important, it is also critical for state and local leaders to heed calls from Black Lives Matter and Movement for Black Lives activists to decrease police budgets and the scope, role, and responsibility of police in our lives,” Gupta wrote.

Gupta claimed this was said as a representative of her organzation, the Leadership Conference on Civil and Human Rights. 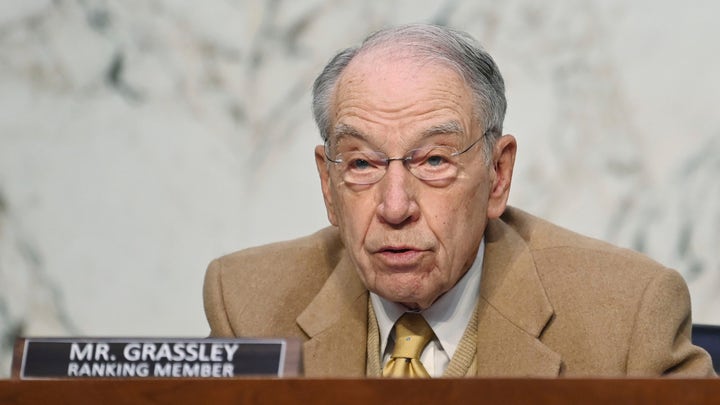 At the hearing, Sen. Ted Cruz, R-Texas, brought up past statements, including something she said at a webinar given by Arabella Advisors.

“Localities have been overspending on criminal justice system infrastructure and policing and divesting in housing, education, jobs and health care. Some people call it ‘defunding’ the police, other people call it ‘divest/invest,'” Gupta said at the event last year. “But whatever you call it, if you care about mass incarceration, you have to care about skewed funding priorities.”

At her hearing, Gupta said these statements dealt with concerns that she has shared with law enforcement officials about the need to provide solutions to crime problems in addition to sending police.

“It’s regrettable that she has been the target of baseless smears, but also telling that she has responded with grace and determination,” he said.

The committee’s ranking Republican member, Sen. Chuck Grassley, R-Iowa, noted that Monaco was “largely unobjectionable” while there was “some controversy” about Gupta, but he said he would speak more about the nominees when the committee votes on them next week.