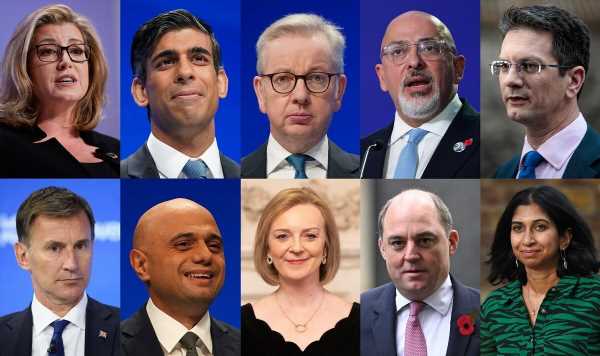 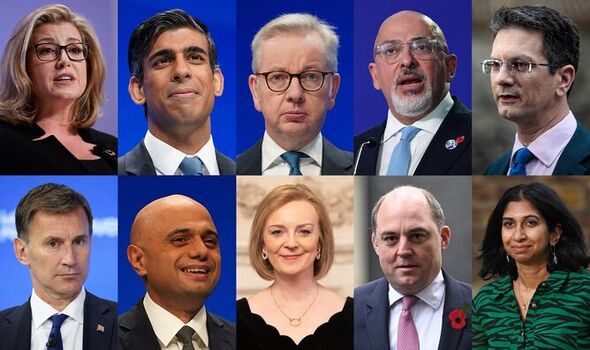 Nine contenders have now entered the race with Liz Truss expected to launch her campaign tomorrow and Priti Patel “coming closer and closer” to standing. But the contest has already seen dirty tactics employed to discredit rivals, including claims dossiers have been handed over to people in the Labour party so they can go on the attack. A 20-year-old television clip of Rishi Sunak suddenly emerged that shows him talking about how he did not have any working class friends.

He is also said to be the subject of a document shared among MPs that calls him a liar who has made “schoolboy errors”.

Brexiteer Penny Mordaunt, who launched her campaign today, said she had faced an attempt to “damage my reputation” after stories about her approach to trans rights appeared.

It also emerged Nadhim Zahawi is being investigated by HM Revenue & Customs over his tax affairs.

One leadership hopeful warned they were concerned that the “vicious briefing only strengthens the hands of the labour party’s warbook” for the next general election.

In a significant boost to outsider Tom Tugendhat’s campaign, he won the support last night of Jake Berry, chairman of the powerful Northern Research Group of MPs.

Mr Berry told the Daily Express the former military man had listened to what northern Tories had to say and would deliver on rebalancing the economy. 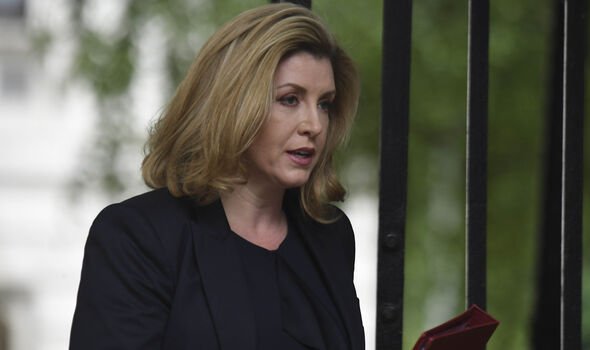 Ms Truss will tomorrow launch her campaign on social media and set out her vision for the country.

Even before officially declaring, she had won the public support of Work and Pensions Secretary Therese Coffey and around a dozen MPs.

The Foreign Secretary’s supporters say they “love Liz” because she unites the Red and Blue Wall as well as having a clear Conservative vision for the economy and the experience to deliver it.

They say that sets her apart from the other candidates as “no other Tory checks all of those boxes”.

Although she backed Remain at the 2016 referendum, allies say she was quick to seize the opportunities Brexit can unleash and turned them into a reality as international trade secretary.

Ms Coffey said: “Liz’s delivery record in government is second to none. She has helped lead the international response to Russia’s invasion of Ukraine, brokered dozens of post-Brexit trade deals that people thought would be impossible to do.

“Liz is our best chance of winning the next election.” 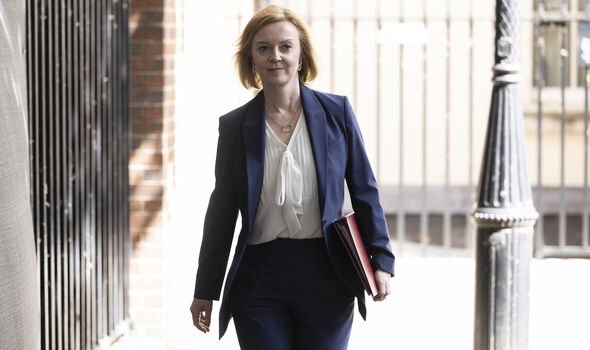 Meanwhile, Ms Patel is said to have the numbers she needs to secure a place on the ballot paper but is keen to avoid a coronation from the centre of the party by splitting the vote on the right.

An ally of Boris Johnson said: “Priti is coming closer and closer to standing. She’s got the numbers to stand, and indications show she has more than others on the right. It’s just now a question of if they will unite and back her to go all the way or split the vote to lead to a coronation.

“Many MPs are encouraging her to stand, people know it needs to be someone who is a committed Brexiteer that can actually unleash those benefits of Brexit and deal with the cost of living crisis. Just look at the rwanda policy – now backed up by almost every leadership candidate, it shows she’s ready with innovative solutions to complex and controversial problems.

“She has a track record of leadership and delivery in government, a commitment to Conservative values and a clear vision for the future of the country – and that’s a message we can take to the British people.”

Mr Johnson is unlikely to endorse any candidate and has spent the weekend at Chequers with his wife and their two children. 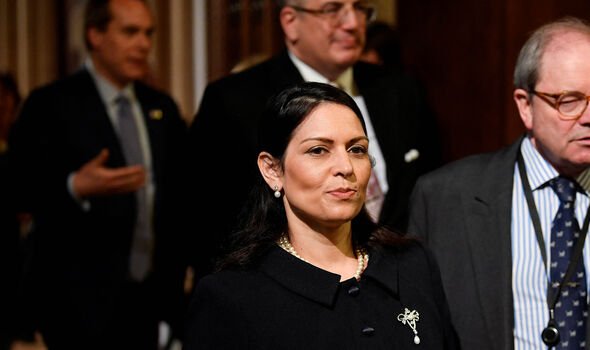 Allies said he was “sad” about what happened last week but was “relatively upbeat”.

Jacob Rees-Mogg, who remained loyal to the Prime Minister to the end, said the public will “think an election is necessary” after the Tory Party changes leader.

“I think that if you look at what has happened previously, many of the candidates will promise people that they will not call an election,” he said.

“And if the polls are favourable in a few months’ time, I think it is highly probable that they would go for one.”

The wide field of contenders is expected to be whittled down to just two by July 20 before MPs break for the summer recess. 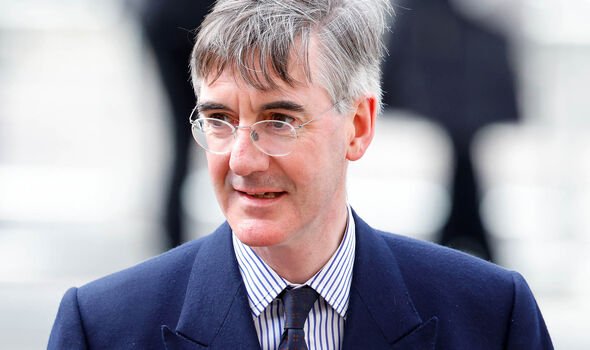 They are then expected to face the grassroots, although party chiefs are under pressure to ditch the wider vote so a new Prime Minister can be in place within a fortnight.

So far, the candidates have pitched themselves as tax cutters against Mr Sunak’s “high tax” approach.

Mr Zahawi told Sky News he was “clearly being smeared”  over his tax affairs and had “always” paid his taxes and had “declared” them in the UK.