Home » Politics » ‘We had to implement them!’ Awkward moment Boris forced to justify own rules HE broke 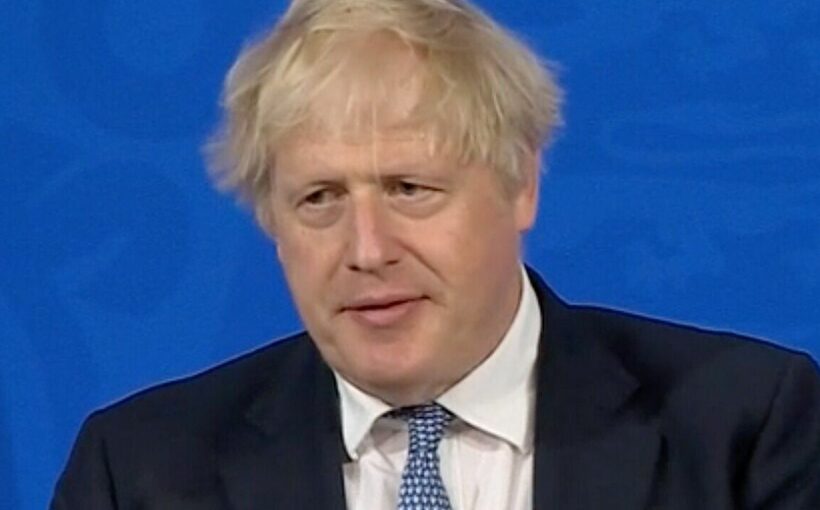 Boris Johnson was confronted on the own lockdown rules he set for the country at a press conference following the release of Sue Gray’s damning report today.

When pressed on whether his rules were “too unclear, too illogical and too tight for too long”, Boris Johnson squirmed: So, first of all, on the rules, I… look, We had to implement.

“This is a controversial thing.

“There are many people that think that you could’ve done without restrictions, you could’ve just relied on people’s personal responsibility.

“The difficulty was that we were facing a pandemic of a kind that we’ve never seen before.

“Or certainly not in my lifetime.”

“And all the medical and scientific advice was that you had to proceed by non-pharmaceutical interventions.

“You had to get people to behave according to certain rules.

“I don’t think the fault was with the rules.”

“You know, we should’ve recognised the boundary between work events and socialising for people who are continuously working together in the same place was going to be hard to draw”, Boris Johnson conceded.

“And they are certainly being done differently from now on.”

In a second part of the question, GB News’ Tom Hardwood also asked: “Real wages are projected to be lower in 2026 than they were in 2008. What are you going to do about it?”

Boris Johnson responded: “On your point about incomes, which is a crucial thing, the Covid pandemic cost the government a huge…

“It cost taxpayers £408 billion to just support businesses and families through the pandemic.