Home » Politics » What is critical race theory? An explainer 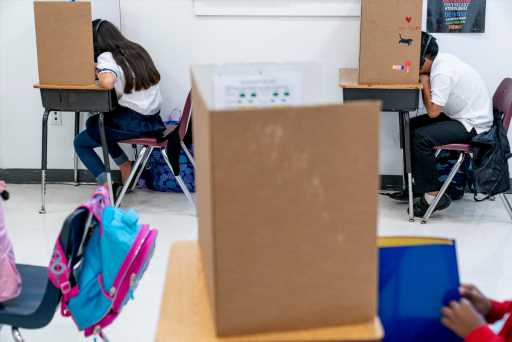 Conservatives would have you believe it’s taught widely, but critical race theory is typically limited to university classrooms. Even so, GOP governors in Iowa and Texas have banned the topic from K-12 schools and other Republican-run states are trying to follow suit.

What is critical race theory? Here’s a short explainer.

Critical race theory suggests that racism and other prejudices are social constructs embedded in legal systems and laws, not the product of individual biases, according to Education Week.

Think of the theory as a “remix” of the civil rights movement, Reiland Rabaka tells his students at the University of Colorado at Boulder. The professor of African, African American and Caribbean studies said the theory suggests that American culture, religion and institutions are inextricably linked with race, gender, sexuality and physical ability.

But it’s more than that: Critical race theory says institutions like the criminal justice or education systems have systemic failures — like the intentional segregation, or “redlining,” of neighborhoods across the country — built into the way those things work, according to Debora Ortega, a professor of social work at the University of Denver.

Those failures or acts of discrimination might be attributed to a single racist or a misogynistic administrator or worker, but critical race theory asserts there is a broader and more complicated reason for them.

Critical race history first arose in the 1970s and its roots go back even further, Ortega said. Portions come from the Frankfurt School’s critical theory, which was developed by Jewish academics in Germany during the rise of Nazism in the 1930s. Critical theory suggests political or societal institutions create and sustain problems like poverty or hunger.

But other aspects of critical race theory come from writer and sociologist W.E.B. Du Bois, who understood the importance of creating institutions like the National Association for the Advancement of Colored People, to help marginalized people, Rabaka said.

There’s also Black academic Kimberlé Crenshaw, whose concept of intersectionality when applied to critical race theory purports that not only do certain races face discrimination but so too do other genders, sexual orientations and physical abilities.

“Everyone hears ‘race’ but part of the theory is also what does it mean to be Black, a woman, disabled,” Ortega said.

Simply put, Rabaka teaches, critical race theory is a way to think of other people as humans and acknowledge that each of them comes from a diverse background and with a distinct set of challenges.

“For how many years did we say Columbus discovered America as though there was nothing here but squirrels before?” Ortega asked.

Rabaka suggested a comparison between how Black communities struggling with crack cocaine are treated compared to white communities with skyrocketing use of methamphetamine.

“We get incarceration, they get rehabilitation,” Rabaka said.

Both outcomes are the product of the systems from which they come, rather than the prejudices of any single person, they said.

Schools across the U.S. rarely require teachers to teach critical race theory, according to a new survey of 1,136 teachers by the Association of American Educators between June 24 and June 30 (most respondents were public school and charter teachers).