Home » Politics » Where are noncitizens allowed to vote in the US? 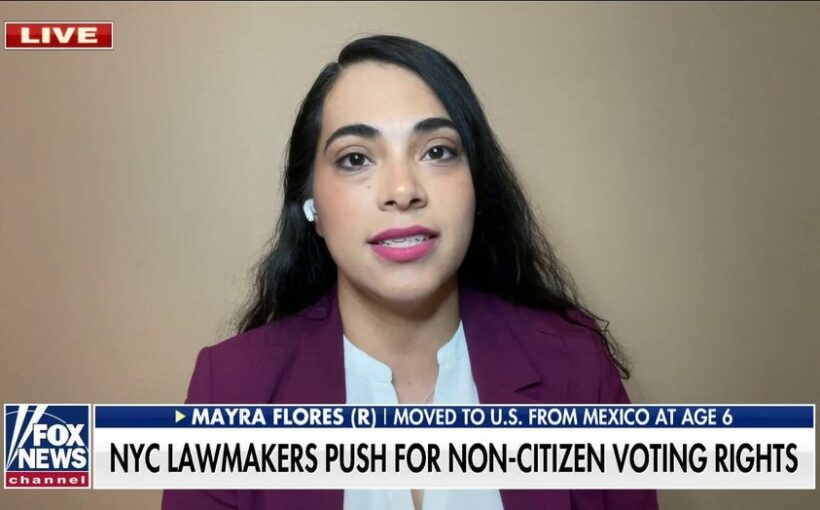 Legal immigrant rips NYC for considering voting rights for noncitizens: ‘Being an American citizen is a privilege’

Mexican immigrant Mayra Flores argued elections should only be determined by American citizens ‘from the top to the bottom ticket.’

New York City councilmembers voted this past Thursday to allow legal noncitizens to vote in local elections, but it is not the first municipality in the U.S. to enact similar measures.

While New York City is the largest city to do so — with nearly 800,000 additional city residents now eligible to vote — 14 smaller U.S. jurisdictions have similar laws allowing noncitizens to vote in local elections.

Most of those jurisdictions are located in Maryland, a blue state led by a Republican governor. The state’s constitution authorizes municipalities to allow people outside those qualifications to vote without state approval. 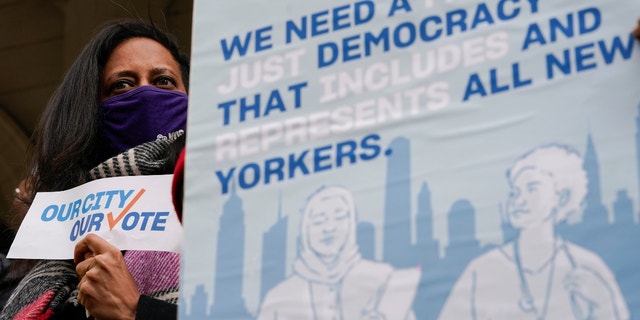 Activists participate in a rally on the steps of City Hall ahead of a city council vote to allow lawful permanent residents to cast votes in elections to pick the mayor, city council members and other municipal officeholders, Thursday, Dec. 9, 2021, in New York. (AP Photo/Mary Altaffer)

There are also two municipalities in Vermont that allow noncitizens to vote. Lawmakers in Winooski and Montpelier enacted measures in 2021 allowing legal noncitizens to vote in city elections despite Republican Gov. Phil Scott’s attempts to veto the legislation. 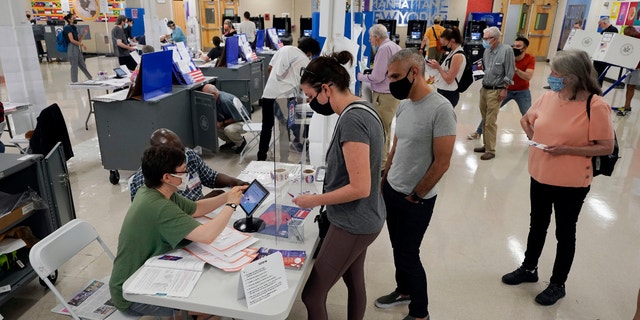 More liberal cities, including Los Angeles, Washington, Portland, Maine and others, have floated the idea of enacting similar laws, while other states, including Alabama, Colorado, Florida, Arizona and North Dakota, have rules that would preemptively stop any attempts to pass noncitizen voting laws.

New York’s legislation, which would affect green card holders and those with other U.S. work authorizations who have lived in New York City for at least a month, will allow noncitizens to vote in municipal elections, including any primary, special, general or run-off election for mayor, comptroller, public advocate, borough president or council member, as well as local ballot initiatives.

Undocumented immigrants will not be allowed to vote, as is the case for all noncitizen voting legislation that exists in the U.S. today. 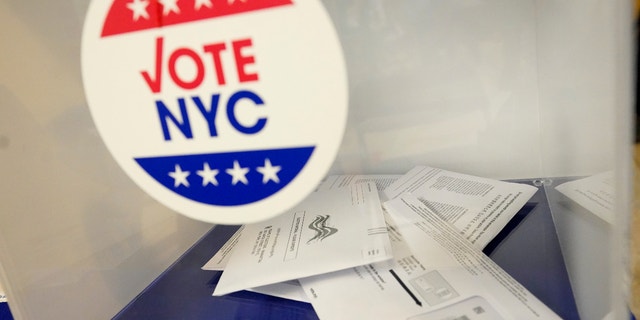 Absentee ballots sit in a ballot box during early voting in the primary election, Monday, June 14, 2021, at the Church of St. Anthony of Padua in the Soho neighborhood of New York. (AP Photo/Mary Altaffer, File)

“In one of the most diverse cities in the world, we need to ensure that there is adequate representation for all New Yorkers. That starts by expanding the scope of who is allowed to vote in our local elections,” New York CIty Council Member Ydanis Rodriguez, who introduced the legislation, said in a statement Thursday. ”Immigrants in New York City own over half of the local businesses and contribute over $190 billion dollars to the citywide GDP.”

The council member added that more than half of the city’s “front-line essential workers are immigrants” and about one in five “are noncitizen New Yorkers.”

“They have all earned the right to participate in our city elections,” he said. “Today, we are writing a new chapter in our city’s history. One that will finally include the voices of all immigrant New Yorkers who hold green cards, working authorizations, DACA or TPS.”

New York City-based noncitizens will be eligible to register to vote by December 2022 and cast ballots by January 2023.