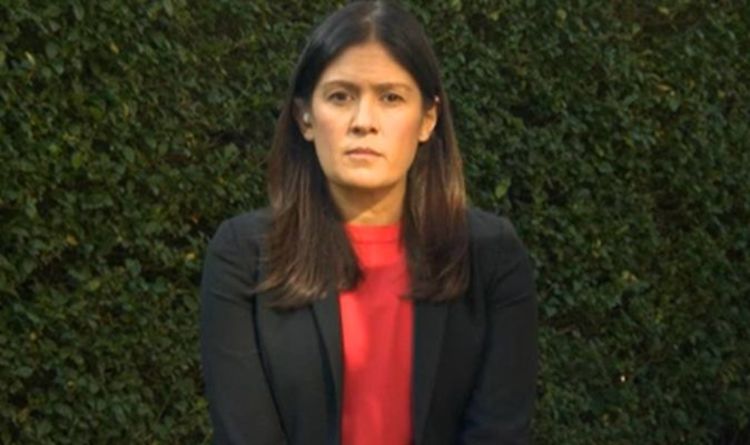 Lisa Nandy appeared on the Andrew Marr Show and was relentlessly grilled on proposing National Insurance increases to fund care reforms and to fix the backlog following the pandemic. Ms Nandy was asked whether she had a plan to address the issue to which the Labour frontbencher said it was important for political parties to come together and negotiate health policies. But Mr Marr bluntly said it was clear she did not have a plan as Ms Nandy snapped at the accusation and began discussing Vaccine Minister Nadhim Zahawi who had appeared on a media round earlier.

The Sunday Times reports National Insurance is set to increase to help fund social care reforms and could be introduced as soon as this week when parliament returns from recess.

The Times said Health Secretary Sajid Javid is pushing for a 2 percent increase, while Chancellor Rishi Sunak is arguing against any increase of more than 1 percent.

The decision goes against a Conservative manifesto pledge which said in 2019 they would not raise the tax.

Prime Minister Boris Johnson is facing criticisms from the opposition benches and from those in his own party over the rumoured plans.

The Labour Party said that you were looking very hard at what taxes might have to go up to pay for social care. Have you come to conclusion.

Ms Nandy appeared on the Andrew Marr Show to discuss the story and was asked what Labour’s solution was to healthcare blackholes.

She said: “Well, we were very keen to talk to the Government about it, I think the lesson of the last 20 years is that one political party trying to spring proposals on the system is just not going to be sustainable.

“Boris Johnson doesn’t even seem to be able to take MPs with him, now, we want to talk to the government about the fairest and most sustainable way right tackle this.”

Mr Marr was heard saying it was clear Labour did not have a plan and that it was wrong for the opposition to attack the Conservatives if they did not have an alternative.