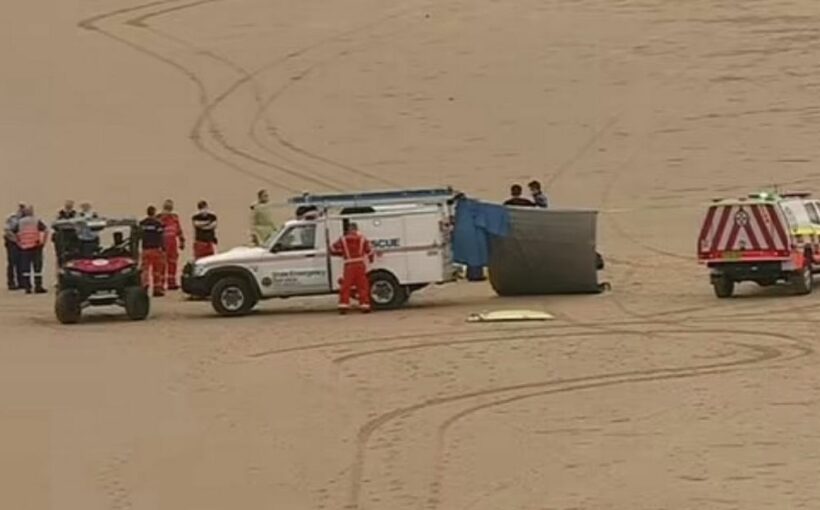 A surfer has been brutally mauled to death by a shark that reportedly ripped his arm off and left him bleeding on a beach.

Emergency services rushed to the scene to desperately help the man in his 30s after his vicious attack on Emerald Beach near the city of Coffs Harbour, New South Wales in Australia.

The man had his arm bitten off and suffered deep cuts on his back, MailOnline reports.

"It was devastating for everybody on the beach this morning," New South Wales Ambulance Inspector Chris Wilson said.

"A number of local surfers and bystanders came to the aid of this man, they were incredibly brave in a very challenging situation.

"The Westpac Rescue Helicopter winched in a critical care medical team onto the beach to continue treatment.

"The patient suffered a critical injury to his arm, but despite the best efforts of bystanders, paramedics and other emergency services, the patient couldn't be revived."

Witness Aaron Armstrong said it was the first shark attack that he and other locals in the community knew of.

In other news, an American teenager almost lost her hand during a terrifying shark attack whilst on a family holiday in the Bahamas.

The wounded teen was left with a shark tooth embedded in her flesh and forced to have two surgeries following the attack.

Speaking to Fox 29, Sophia Scroggie, 19, recalled trying to kick away the bull sharks that lunged at her during an ocean swim with her younger sister Olivia.

She said: "I remember screaming on the boat, 'Someone help me, please. Help me get on the boat,' and I remember my older sister grabbed me by my shoulders and just lunged me into the boat."

Her right hand is scarred after being bitten by a bull shark, and Sophia has been recovering at her parent's home in Boca Raton, Florida.

The teenager had been on a break with her family over the Fourth of July weekend, when many Americans go on holiday, when the attack took place.

Along with little sister Olivia, Sophia had jumped off a boat into the ocean to spear a hogfish, a hobby their father Arturo Scroggie had enjoyed for almost 40 years.

Never want to miss a story like this? You can get all of Daily Star's articles sent directly to your inbox! Sign up in seconds here!