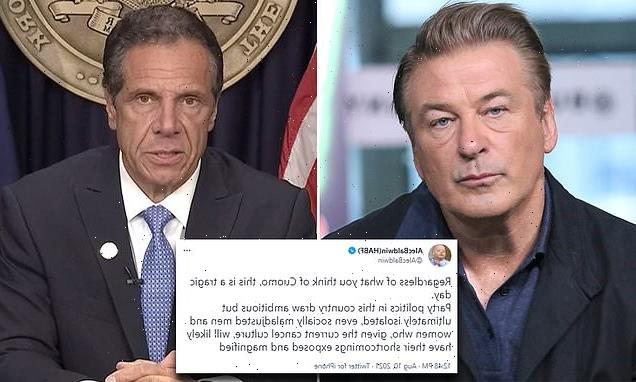 ‘This is a tragic day’: Alec Baldwin is condemned for defending ‘sex pest’ NY Andrew Cuomo and blasting ‘cancel culture’ for his downfall

Alec Baldwin has been condemned for branding New York Governor Andrew Cuomo’s resignation a ‘tragic day’ and blaming his departure on cancel culture.

The Boss Baby actor voiced his support for Cuomo, who is stepping down after an intense week of being pressured to resign due to sexual harassment allegations, on Twitter on Tuesday afternoon.

Baldwin – a well-known Democrat whose biggest recent role was sending Donald Trump up on Saturday Night Live wrote: ‘Regardless of what you think of Cuomo, this is a tragic day.

‘Party politics in this country draw ambitious but ultimately isolated, even socially maladjusted men and women who, given the current cancel culture, will likely have their shortcomings exposed and magnified,’ he continued.

Baldwin, who has publicly hinted the idea of running for office himself, partnered with Cuomo’s office last year for a public service announcement urging New Yorkers to stay home during the coronavirus pandemic.

However, many fans were disappointed with Baldwin’s tweet, as well as former White House Press secretary under the Trump administration Sean Spicer, who said ‘cancel culture is out of culture – but what [New York Governor Andrew Cuomo] did was not a result of cancel culture or any culture – it was inappropriate and the idea you are defending says a lot’. 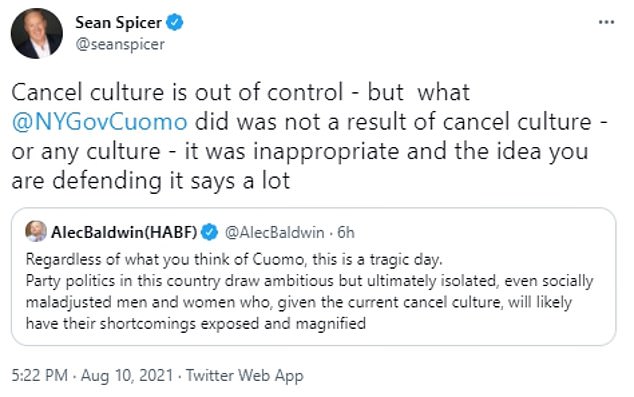 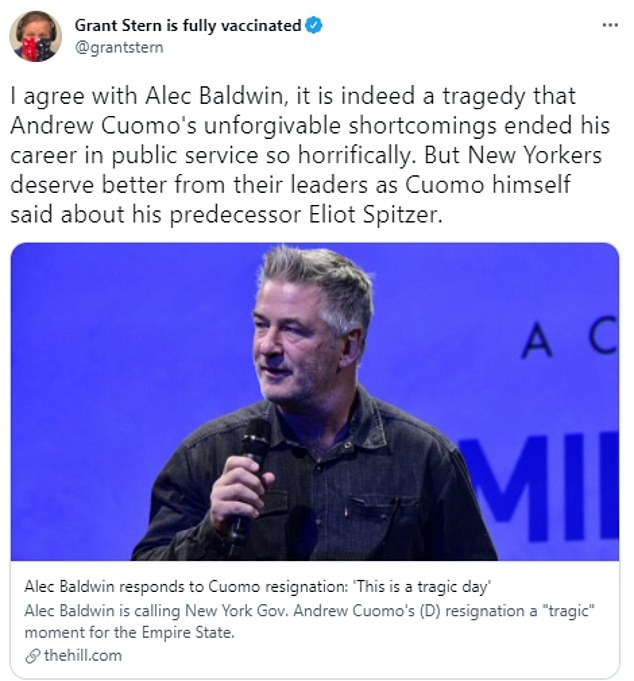 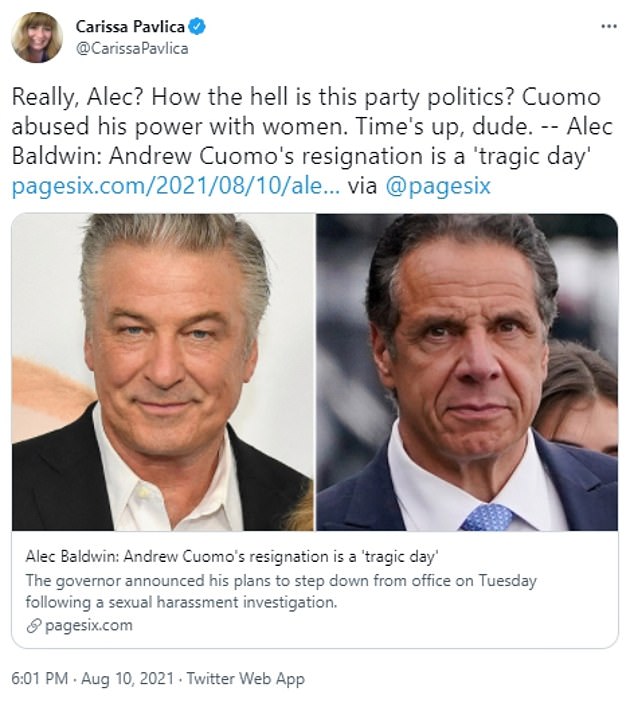 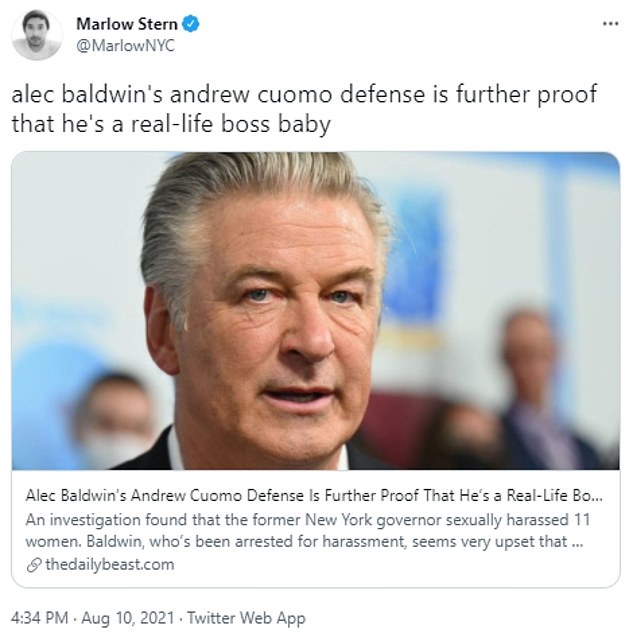 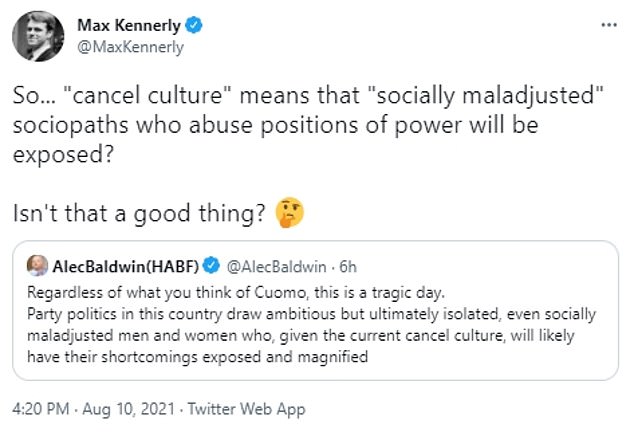 The 63-year-old actor did not comment on the allegations of sexual harassment against Cuomo, who is facing at least one criminal complaint after Brittany Commisso, an executive assistant who accused Cuomo of groping her breast at the governor’s mansion in Albany, gave a report to the county sheriff on Friday.

It all led to Cuomo announcing earlier Tuesday that he is stepping down from his position as governor of New York, which will be in effect in two weeks.

Lt. Gov. Kathy Hochul will replace Cuomo, becoming the first woman to serve as governor of New York, as she’s scheduled to start running the state on August 24.

However, it’s not the first time Baldwin has attacked cancel culture, previously saying that it was ‘creating more problems than it solves,’ according to the Hill.

Regarding Cuomo, he added: ‘The Attorney General is going to investigate accusations against a Governor. Then, and only then, can we talk about people resigning.’ 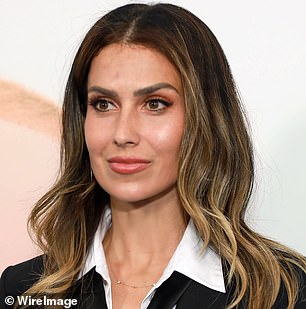 In December of last year, Alec Baldwin’s wife, Hilaria, was subject to cancel culture, after being accused of cultural appropriation, and putting on a fake Spanish accent when speaking in English.

She was seen in a 2015 Today show clip seemingly forgetting the world ‘cucumber’ in a cooking segment, which became a social media focal point as the scandal contained to make headlines.

She told The New York Times of the scandal, ‘There is not something I’m doing wrong, and I think there is a difference between hiding and creating a boundary.’

She eventually admitted that she grew up in Boston but spent time in Spain.

Her husband took to Twitter to call out social media users who want to ‘destroy the undeserving and deserving alike.’

In a heated message, he wrote: ‘Cancel culture is like a forest fire in constant need of fuel. Functioning objectively. No prejudice. No code.

‘Just destroy. The deserving and the undeserving alike.’