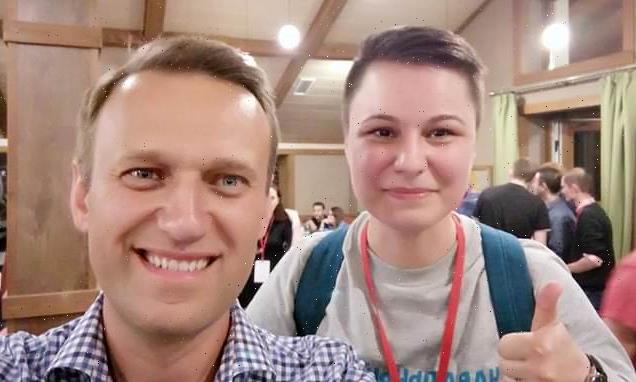 An ally of Alexei Navalny standing for election was prevented from registering after being forced to isolate.

Violetta Grudina faced an enforced hospitalisation in a coronavirus ward despite testing negative for the virus.

She is an ally of Kremlin critic Navalny, who was jailed on embezzlement charges in prison in February.

Grudina announced plans to run for Murmansk City Council in April, but had her office attacked and staff members detained, The Moscow Times reported.

She said on Wednesday that she was hospitalised under a court order in a Covid-19 ward, despite receiving a negative test from a clinic the same authorities who gave the order had authorised. 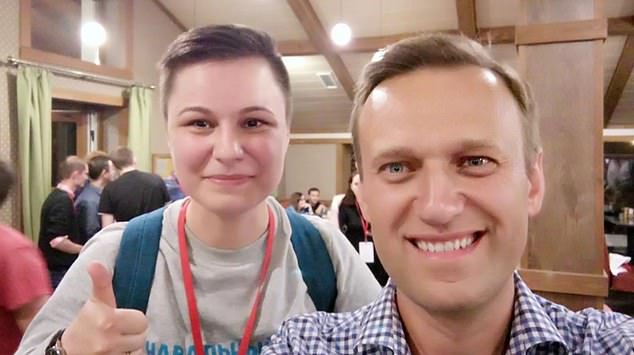 Violetta Grudina (left), an ally of Kremlin critic Alexei Navalny (right), faced an enforced hospitalisation in a coronavirus ward despite testing negative for the virus which prevented her from registering in the election

Writing on her social media, she said: ‘All this is being done so that I can’t file paperwork to the Central Election Commission on time.’

Referring to the pro-Krelim party, she added: ‘Think about it: A completely healthy person is forcibly hospitalised to eliminate them as United Russia’s political opponent.’

She claimed that Health Ministry officials forced paramedics to diagnose her with pneumonia and take her to a coronavirus ward.

Associates said an ambulance was called after she lost consciousness and began convulsing after a court ruling.

Last month, Grudina was added to a list of members of Navalny’s political network, which was ruled ‘extremist’, and was at risk of up to six years in prison.

Navalny, who is in jail on embezzlement charges he says are trumped up, and his allies have accused the authorities of using the law to crush opposition to the ruling United Russia party ahead of September parliamentary elections.

President Vladimir Putin signed a decree in June calling for a snap election on September 19 and, due tot he pandemic, voting in the election will last for three days from 17 to 19 September.