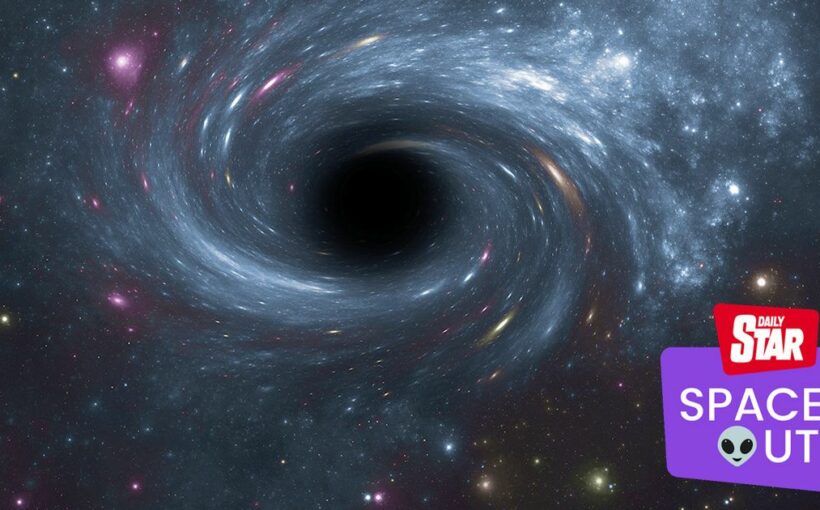 A new theory on black holes suggests they could be used as ‘shortcuts’ to travel through the universe.

French physicist Pascal Koiran believes objects could be able to pierce the holes to be able to travel from one side of the universe to another.

His study sheds new light on the wormhole theory after previous research suggested they would instantly collapse.

Koiran now suggests that objects such as a spacecraft could travel through and reach the other side.

As reported by Russia Today, the study says “We show that the particle reaches the wormhole throat for a finite value t′1 of the time marker t′.”

His thoughts are that an object could pass through the wormhole portal intact and even reduce the travel time to reach another part of the universe.

Wormholes are usually studied using a method known as the Schwarzschild metric, named after Karl Schwarzschild.

The Schwarzschild metric gages the gravitational field outside a spherical mass on the assumption that the electric charge of the mass, angular momentum of the mass, and universal cosmological constant are all zero.

However, Koiran’s research was done using a less common metric known as Eddington-Finkelstein, which is a coordinate system used for black hole geometry.

He mapped a path through the wormhole using the Eddington-Finkelstein metric to more theorise that a wormhole could retain stability.

The study said: “It is well known that a test mass falling into a black hole does not reach the event horizon for any finite value of the Schwarzschild time variable t.

To read more out-of-this-world astronomical and alien news, why not subscribe to the Daily Star's Spaced Out newsletter.

The study went onto to say the behaviour of the hole does not make sense in "Schwarzschild time" due to the trajectory of the particle continuing “beyond the end of time.”

Although the research study provides a new theory, there is still now physical evidence of the nature of black holes.

The study will be fully revealed in an upcoming issue of the Journal of Modern Physics D, but an abstract is currently available online.