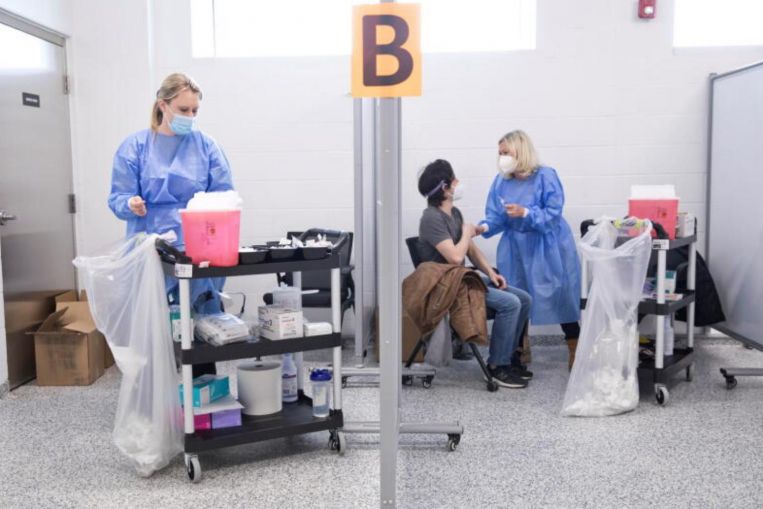 OTTAWA (AFP) – The two Canadian provinces hardest-hit by the coronavirus pandemic, Ontario and Quebec, will make Covid vaccines available to all adults starting in May, officials said Thursday (April 29).

The health ministers for the provinces, which account for almost two-thirds of the country’s population, said age eligibility for jabs would be lowered incrementally.

In Quebec that means eligibility for those 18 years and older by mid-May, with Ontario following a week later.

A ramp up of shipments to the provinces would allow authorities to “accelerate our vaccine rollout and get more shots into arms,” Ontario Health Minister Christine Elliott said.

“This is exciting news,” she added, echoing comments at a separate news conference by Quebec Health Minister Christian Dube who announced that the province “will be able to give a first dose to all adult Quebecers who want it by June 24.”

Canada has signed deals with seven pharmaceutical firms for some 400 million Covid-19 vaccine doses, and approved four for use so far – the Pfizer-BioNTech, Moderna, AstraZeneca and Johnson & Johnson jabs.

The country’s vaccine rollout, which has been plagued by delays, will soon get a boost from increased Pfizer and Moderna shipments.

To date, more than 13 million doses of vaccines have been administered in Canada, according to federal public health authorities.

Some 1.2 million Covid infections have been reported, including more than 24,000 deaths. Two-thirds of both cases and deaths were in Ontario and Quebec.

Ontario in particular has been struggling with a new wave of infections led by variants, prompting Ottawa to dispatch soldiers this week to hospitals to help care for a record number of critical Covid patients.

Canada’s deputy chief public health officer Howard Njoo also announced on Thursday a seventh case of blood clots associated with low platelets linked to the AstraZeneca vaccine. One of the seven has died.