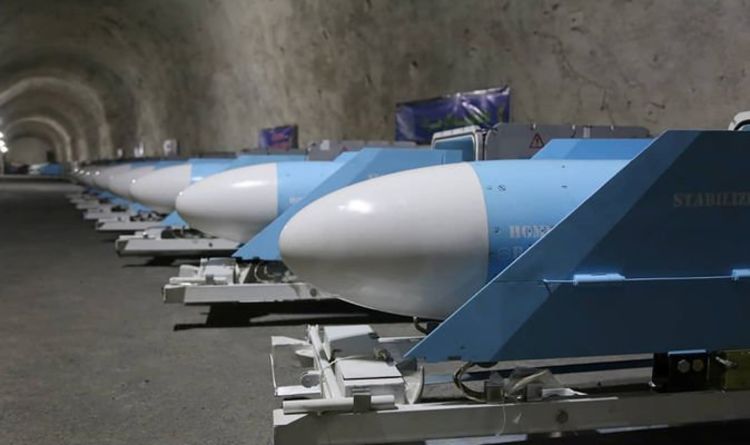 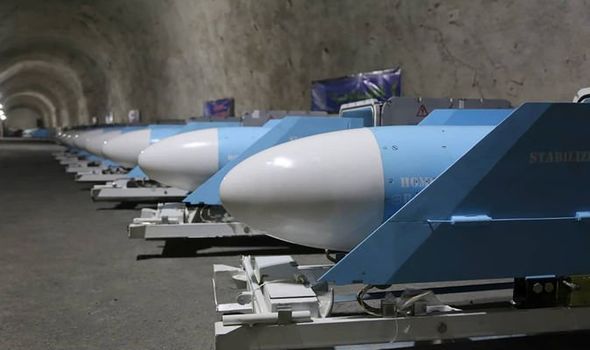 The undisclosed location in the Gulf was shown on state television, along with high-level commanders from the group. IRGC chief Hossein Salami claimed the regime has “many” missile bases.

He added: “Behind us, you can see a column of these missiles and their launch systems. These columns stretch for kilometres.

“IRGC navy missiles today have a range of hundreds of kilometres. Their precision has improved and they have high destructive power and can overcome the enemy’s electronic warfare equipment.” 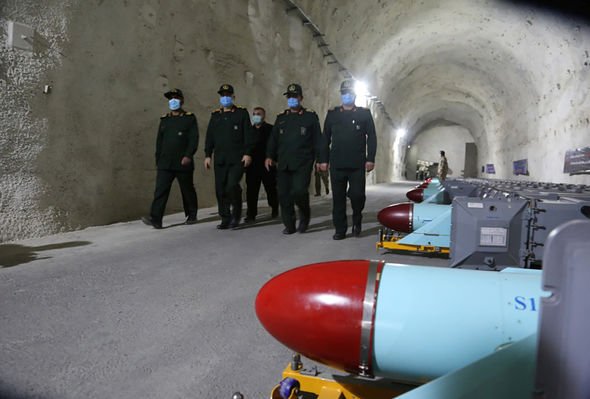 It comes as Foreign Secretary Dominic Raab vowed to hold Iran to account over the deaths of 176 people by a missile attack on a passenger plane.

The IRGC shot down Ukraine International Airlines Flight 752 over Iran on January 8 last year. Speaking on the anniversary, Mr Raab said: “The UK is working to hold Iran to account so this appalling event does not happen again.”