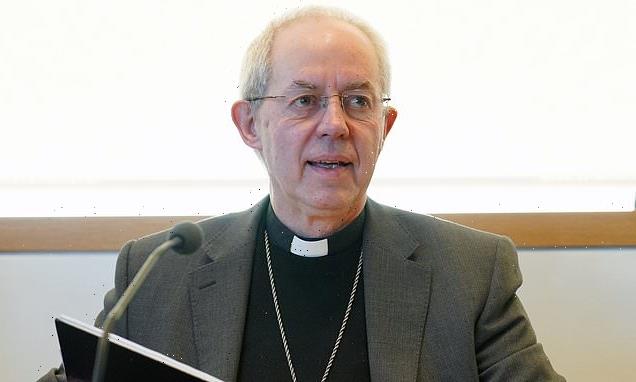 The Church of England has issued a formal apology for the ‘shameful’ times LGBTQI+ people have been ‘rejected or excluded’.

The Bishops of the Church of England wrote a letter admitting LGBTQI+ people have been ‘failed’ at times, but should be and are ‘welcome and valued’.

It comes after the church said it will bless same-sex civil marriages for the first time this week – though its position on gay marriage will not change and same-sex couples will still be unable to marry at church.

The pastoral letter, published on Friday, said: ‘We want to apologise for the ways in which the Church of England has treated LGBTQI+ people – both those who worship in our churches and those who do not. 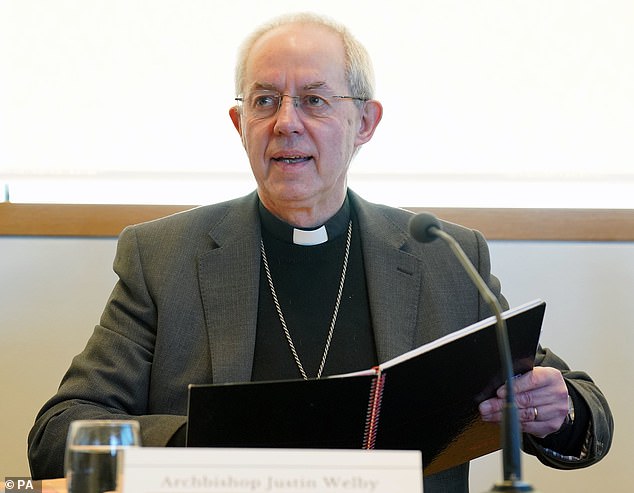 The Archbishop of Canterbury, Justin Welby, said the decision to accept same-sex civil partnerships but not gay marriage will ‘go too far for some and not nearly far enough for others’ 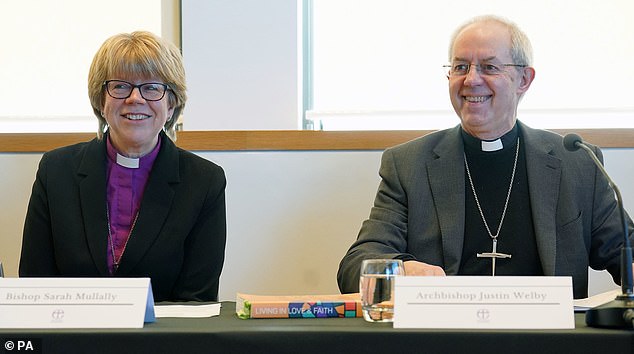 ‘For the times we have rejected or excluded you, and those you love, we are deeply sorry. The occasions on which you have received a hostile and homophobic response in our churches are shameful and for this we repent.

‘As we have listened, we have been told time and time again how we have failed LGBTQI+ people. We have not loved you as God loves you, and that is profoundly wrong.’

The letter added: ‘We affirm, publicly and unequivocally, that LGBTQI+ people are welcome and valued: we are all children of God.’

The Archbishop of Canterbury, Justin Welby, is addressing a press conference on Friday at Lambeth Palace Library ahead of the Church General Synod next month. 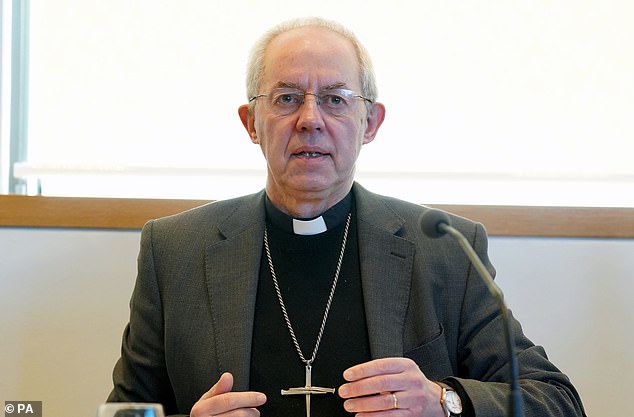 Of their decision on same-sex marriage, the archbishop said it is a bid to ‘seek the common good’ 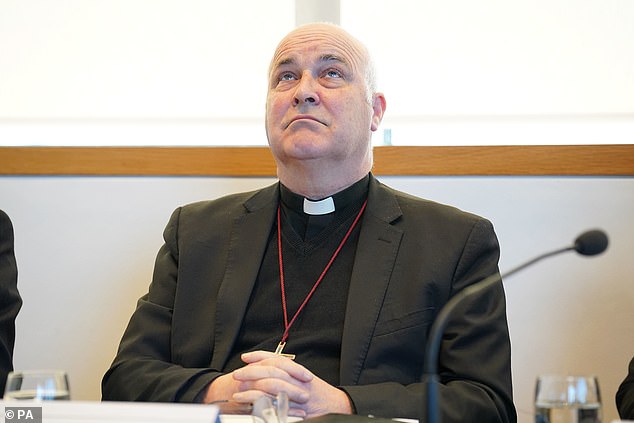 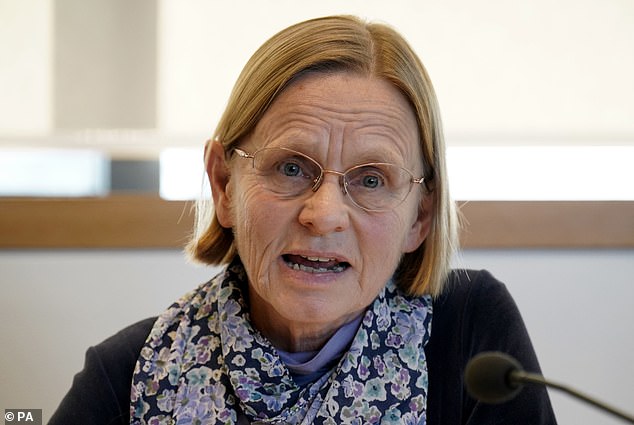 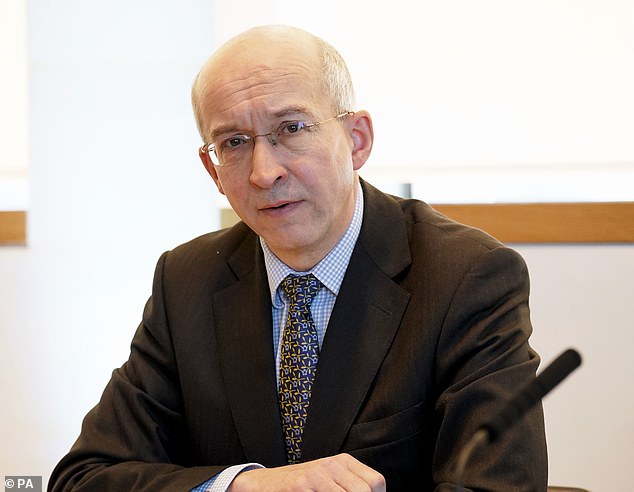 Secretary General of the General Synod of the Church of England, William Nye, also spoke during the conference today

Of the decision on same-sex marriage, he said it is a bid to ‘seek the common good’ but admitted it will ‘go too far for some and not nearly far enough for others’.

The plans, to be outlined in a report to the General Synod, will allow same-sex couples to attend church for services including prayers of dedication, thanksgiving and God’s blessing following a legal marriage ceremony.

The synod will be asked to discuss the proposals in detail during its meeting from February 6 to 9, with the main debate on the proposals set for February 8.