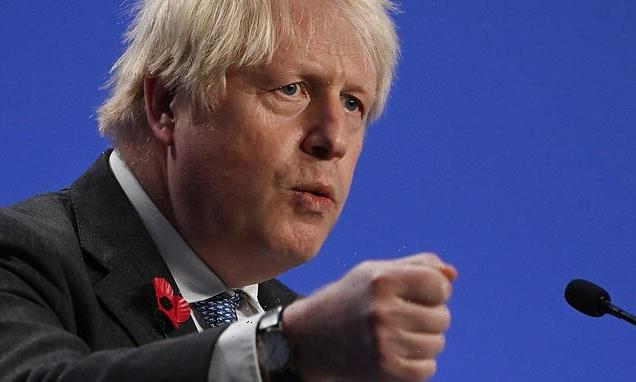 The Cop26 climate change talks were on the brink yesterday as negotiations to stop global warming continued into the night.

World leaders were warned the draft text left the goal of limiting rising temperatures to 1.5C in ‘mortal peril’ as negotiators battled over the final wording.

The Glasgow summit, which was due to end last night, went into extra time as countries clashed over fossil fuel policies.

Boris Johnson said the goal of the UN conference was to ‘keep 1.5C alive’, but experts warned the current pledges would still let Earth warm up by 2.4C. 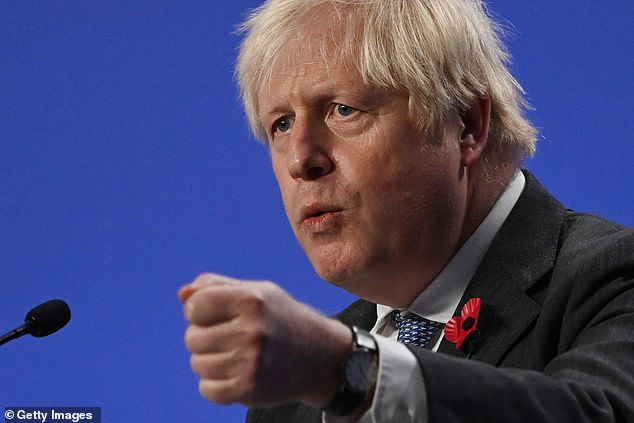 World leaders were warned the draft text left the goal of limiting rising temperatures to 1.5C in ‘mortal peril’ as negotiators battled over the final wording. And Boris Johnson said the goal was to ‘keep 1.5C alive’

The Prime Minister warned: ‘People need to understand that the deal that’s on the table… that is the text.

‘We either find a way of agreeing it or I’m afraid we risk blowing it. That’s the reality.’

He urged leaders to find the ‘courage’ to strike a deal, adding: ‘What we can’t do is stop global warming at Glasgow – we’ve got to accept that. What we can do is keep alive the prospect of restraining the increase in temperatures to 1.5 degrees by the end of the century.’

But a draft deal published last night made little movement to meeting that goal. Nations such as Saudi Arabia, Australia, China, the US and Russia were blamed for delaying progress.

Although the draft talked of ending the world’s dependence on coal and fossil fuels for the first time, the language was watered down.

Countries were ‘requested’ to strengthen their 2030 targets by next year, when they are expected to meet in Egypt.

A pledge for richer nations to give the poorest £73billion a year to adapt to climate change also appears to have been diluted. 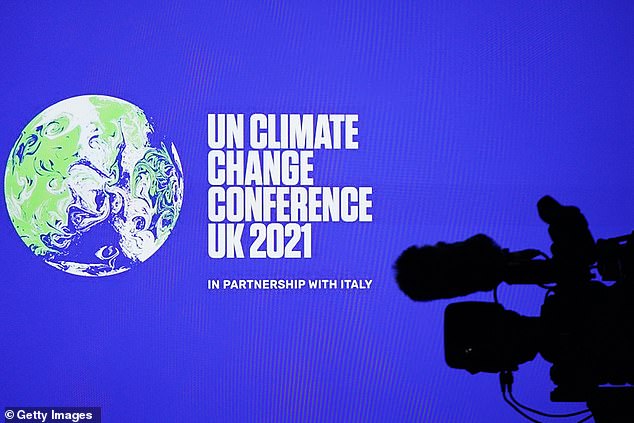 The Glasgow summit, which was due to end last night, went into extra time as countries clashed over fossil fuel policies

Asked whether the draft met his hopes, climate expert Lord Stern said: ‘It falls short of what one would hope for in the sense of really driving to 1.5C and tackling clean development – but it goes beyond where I thought it might be a few days ago.’

The peer, who led the 2006 Stern Review on the Economics of Climate Change, added: ‘This new text is stronger, has a greater sense of urgency.’

Dr Thomas Hale, associate professor in Public Policy at Oxford’s Blavatnik School of Government, said: ‘We have seen some progress. But we need to see much more next year.’

As talks dragged on, the amount of aid for vulnerable countries such as island states to help them rebuild after the effects of climate change was becoming a make-or-break issue.

The 196-nation summit’s aim is ‘keep 1.5C alive’ – referring to Cop21 in Paris six years ago, at which leaders agreed to ‘pursue efforts’ to curb global temperature rises to 1.5C.

What does the deal say?

IT calls for CO2 emissions to be cut ‘by 45 per cent by 2030’. Countries should axe coal plants unless they can capture CO2 and store it. Also, cuts to methane emissions and more aid for nations hit by warming.

Can we limit global warming to 1.5C?

yes, but pledges at the summit to cut emissions will still let global warming rise by 2.4C. The Earth is 1.1C warmer than pre-industrial levels – 2.4C would be catastrophic.

If the deal is accepted, nations must pledge further cuts next year. But even a 1.5C rise will have severe impacts.

What else is agreed?

The US and China agreed to work together to limit global temperature rise to 1.5C. More than 100 leaders promised to reverse deforestation by 2030, including Brazil. The US and EU created a global partnership to cut methane emissions by 2030. More than 40 countries committed to move away from coal – but not big users such as China and the US.

Britain and others want more ambitious targets. Developing countries want more money to help them adapt to the effects of climate change.

Why make rich nations pay to help poor ones?

Poorer nations argue that the first world was able to grow rich on cheap power from coal, oil and gas, the use of which must now be stopped or limited, leaving them at an economic disadvantage.

What is not in the deal?

the treaty does not call for an end to all use of fossil fuels.

Has a deal been agreed?

No. The summit was meant to finish yesterday but continued into the early hours today.