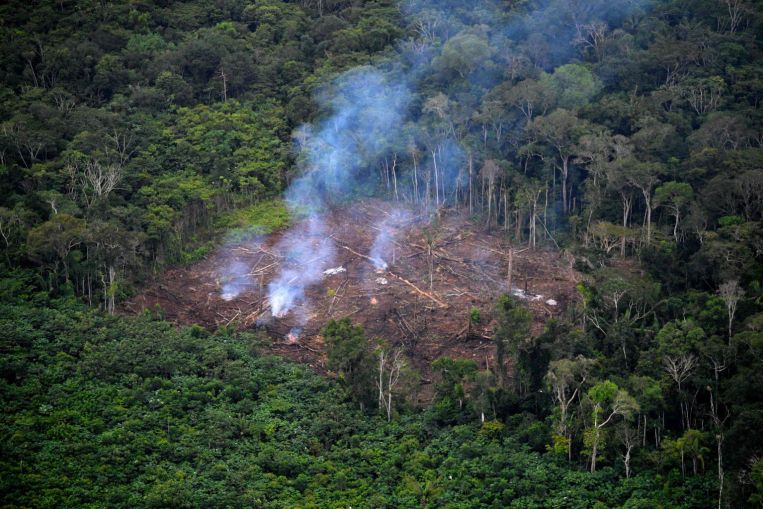 PARIS (AFP) – Governments worldwide are using the Covid-19 pandemic to push through destructive development projects and roll back protections of indigenous groups, according to a global report on deforestation and rule of law released on Thursday (Feb 18).

An assessment by the Forest People’s Programme of post-pandemic stimulus plans in Brazil, Colombia, the Democratic Republic of Congo, Indonesia and Peru found that projects such as mines, industrial agriculture plantations and dams were fuelling a rise in rights abuses.

Those five countries contain the majority of the world’s tropical forests.

“During the pandemic, governments have not only failed to stop land grabs and human rights violations by corporate actors, but have rewritten and reversed hard-won policies that are vital at protecting human rights,” said Myrna Cunningham, president of the FILAC indigenous rights group.

They are crucial guardians of some of the most carbon-rich and biodiverse lands on Earth, yet the report outlined how they have come under increasing threat as governments seek to power their economic recovery.

In Brazil, where deforestation of the Amazon last year reached the highest level in over a decade, the government had instigated a “campaign to roll back protections of indigenous people’s rights,” according to Sofea Dil, a researcher at Yale Law School who worked on the report.

In Colombia, deforestation of the Amazon has accelerated by 80 per cent during Covid lockdown, as the government pushed through measures to weaken protections for people living in the forest.

In DRC, the authors said the government had used the pandemic as a pretext for new policies that “circumvent longstanding moratoriums on resource extraction” on indigenous lands.

In Indonesia, a new law ostensibly aimed at job creation “weakens environmental protection laws” and protections for indigenous peoples’ rights, according to the report.

And in Peru, the government has declared that the economy would reopen starting with the forestry, mining and oil sectors.

“The government presents Covid-19 rules as an exception, but these exceptions merely roll things back to business as usual,” said Anna Wherry, a co-author of the assessment.

“All five countries in this study use this approach; the Covid-19 pandemic has enabled these governments to look past indigenous rights with impunity.”