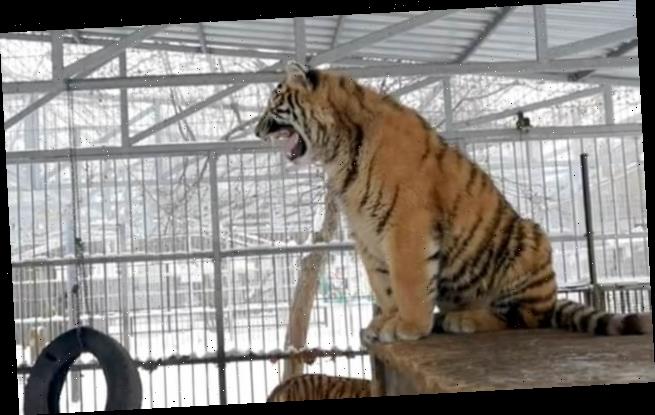 The cry of the tiger: Cub’s bizarre falsetto singing voice that makes him sound more like a bird makes him huge star at Russian zoo

A remarkable singing tiger that sounds more like a bird has become a star at a Russian zoo.

Eight-month-old Vitas will eventually be one of the largest and fiercest big cats in the world, but for now his plaintive falsetto calls to his mother are delighting his fans.

Vitas, an eight-month-old Amur tiger cub (pictured) at Barnaul Zoo in Siberia, has earned an army of fans thanks to his falsetto singing voice that make him sound more like a bird

His distinctive caterwauling apparently started because of the needy male’s desire to be noticed by his mother Bagheera who had many cubs.

The zoo said: ‘From birth, he attracted the attention of his mother who had many offspring.

‘He deliberately left for a far corner when she was busy with the others, and yelled until she dropped everything and came to him.’

The ‘singing’ worked a treat, so the tiger carried on.

In video footage a woman is heard calling to him: ‘Vitas, Vitas – sing us a song.’

Indeed, the cub’s name was even charged to be called after the popular falsetto Russian language singer Vitas – Vitaly Grachev.

The Amur species are the world’s largest big cats but in the wild, the animals are highly endangered.

Only around 600 live in their natural habitat in eastern Russia, close to the Chinese border.

The species almost became extinct due to poaching after the collapse of the USSR. 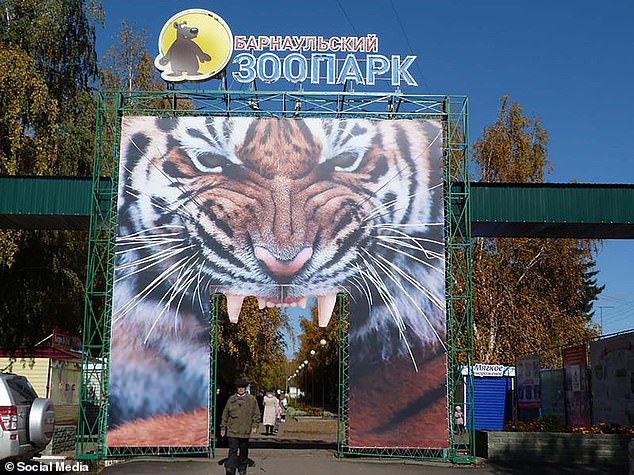 Vitas the tiger cub lives at Barnaul Zoo in Siberia, Russia, (pictured). Only around 600 Amur tigers live in their natural habitat in eastern Russia, close to the Chinese border 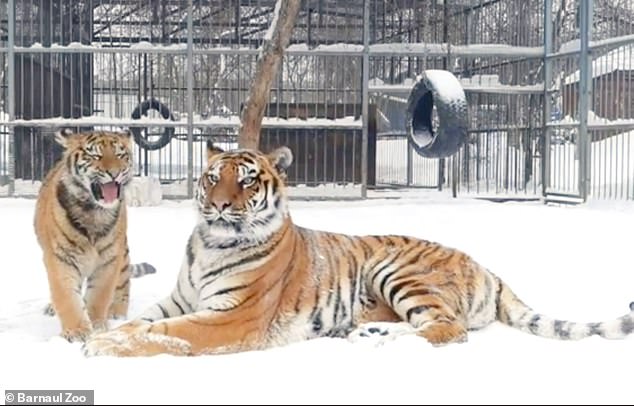